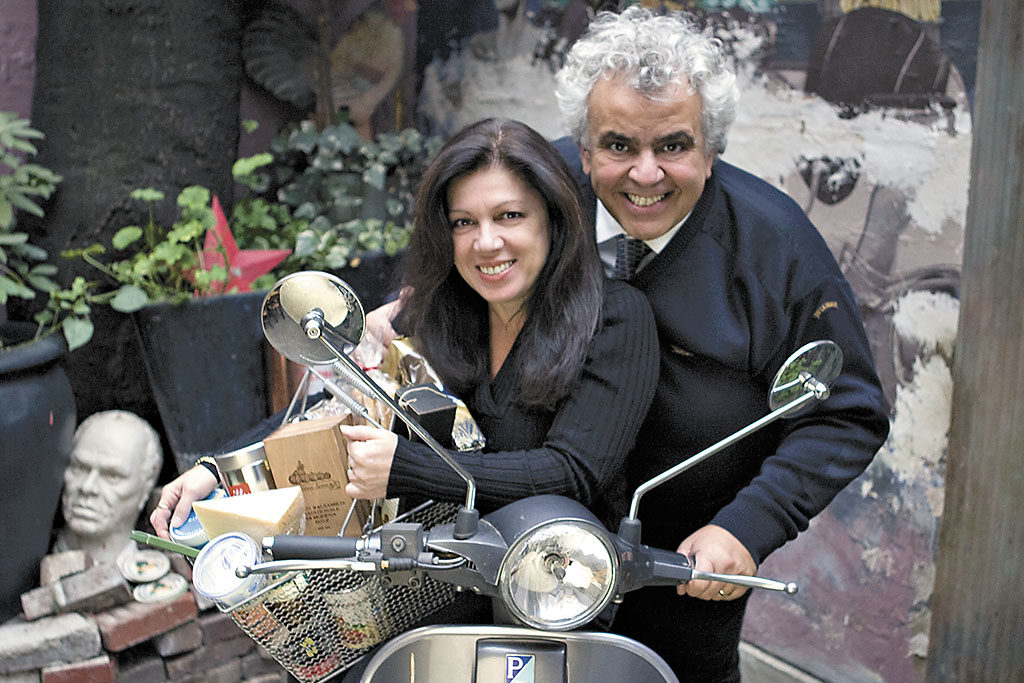 In November of last year, a sizable cadre of Toronto’s most influential people gathered at a sold-out dinner to pay tribute to a midtown legend. Held at Villa Colombo in North York, the event was attended by the likes of Rocco Rossi, Steve Paikin and Mayor John Tory, who tweeted that he was celebrating the guest of honour’s “many contributions to dining and culture in Toronto.”

Restaurateurs typically aren’t treated with such distinction, but the legend in question is Roberto Martella, co-owner of Yonge and Eglinton’s long-standing Italian restaurant Grano. The impressive show of support was a concerted response to the stroke that almost killed him in 2016.

The stroke hit while he was on a wine trip in Venice, staying alone at a friend’s house. He doesn’t remember anything about the incident, but it left him unconscious for three days before he was discovered. He was in a coma for a month.

Today he is still wheelchair-bound, recovering at Baycrest health centre. His room is covered floor to ceiling with get well messages and photos of friends and family. Sometimes he takes a while to answer questions, but when he does, the vibrant intellect for which he’s known shines through in its entirety.

As a result of the stroke, Grano closed in late 2018. The restaurant had been open for 32 years, although calling it a restaurant doesn’t really cut it. Public discussion forum, cultural promotion centre, ideas incubator, 19th century–style salon, concert venue, art gallery, lecture hall — Grano was a mix of all those things, and that was the intention from the beginning.

As much as anything else, the social element made Grano unique: the poetry readings, the Language and Linguini Italian lessons, the book launches and the fiery Grano Speakers Series, which saw renowned intellectuals such as Gore Vidal, Christopher Hitchens and Camille Paglia share their ideas to an invite-only crowd.

Martella opened Grano with his wife, Lucia Ruggiero-Martella, in 1986. Martella on the busy patio at Grano

They had never operated a restaurant before — Martella’s wife, actually, had never even worked in one — but their life journey to that point had left them ripe for such an undertaking.

Born in 1953 to an Italian father and an Italian-Canadian mother, Martella grew up above his father’s barbershop near Steeles and Bathurst.

Arguably, good food is central to most Italian families, and it was no different in his. He was raised on house-made prosciutto, and he fondly recalls his mother’s labour-intensive tomato sauce, which she’d leave simmering on the stove all night long. Martella’s mother kick-started his culinary journey, he says, even if he feels it’s a little overplayed to admit as much.

Following university, he had an urge to travel, so he went to Japan, eventually becoming a roadie for a drumming group from Sado Island. He lived in Italy, too, and briefly in the U.K., bartending or waiting at restaurants to satiate his ever-growing curiosity about people and ideas.

“His love is people,” his wife says. “He will welcome anyone and everyone. He has that quality to speak on a variety of subjects.”

He made that skill apparent during their first encounter in 1979, she says, when he was back in Toronto working at a restaurant at Dufferin and St. Clair. He discovered she was studying anthropology, so he started up a discussion about cultural anthropologist Margaret Mead. The stratagem worked: by 1985 they were married.

Martella spent some time organizing events and dinners for the Canadian Italian Business and Professional Association, and he says his wife was quite helpful during that time, so he had a growing sense that they could pull off a restaurant. Around a year after that, they opened Grano.

At first, Grano was primarily a bakery and deli, selling bread, cheese, salumi and other Italian ingredients, but it blossomed quickly. Soon they had a steam table offering lunch, followed by full-fledged dinners. Martella worked front of house, while Ruggiero-Martella suddenly found herself in charge of a professional kitchen.

“She took to it very naturally,” Martella says. “Ultimately, she even surprised herself.”

As Grano became popular, it grew in size. The couple expanded their restaurant into three adjacent storefronts. They lived upstairs, too, growing their family and their living space alongside their business, which also became a source of tension.

Although other influential Italian restaurants at the time played up glitz and glamour, Grano was unpretentious but intelligent, casual but sophisticated.

“It was a community as much as it was a restaurant. There was a lot of culture there.”

It did not take long before Grano became increasingly known for its book launches, lectures and other arts-related events. Michael Ondaatje became a regular, as did Bob Rae.

“Grano was unique because Roberto is a unique person,” says influential Toronto restaurateur Franco Prevedello, a longtime friend of Martella. “It was a community as much as it was a restaurant. There was a lot of culture there.”

Martella, it should be noted, made a point of promoting multiculturalism before it was the cool thing to do, before social media and the social justice movement. More recently, in 2014, he publicly called for Toronto residents to try to learn new languages.

“Monolingualism can be cured,” he wrote in the Toronto Star, using the same florid language with which he speaks. “An embracing of multilingualism would move us forward on the progressive arc that truly is Canada’s and pay homage to the world’s diversity which is our diversity too.”

That kind of open-mindedness, an embracing of the differences that unite people, became Grano’s essence.

Perhaps it’s no surprise, then, that in 2006 Martella won the Jane Jacobs Prize for enriching the cultural fabric of the city.

The heady cocktail of elements that combined to make Grano what it was — good food, good discussions and good vibes — paid off. Grano outlived numerous other local culinary institutions, including Centro, Splendido and North 44. These days, as Martella recovers, he remains just as curious as ever. He is getting to know his fellow patients at the hospital and is learning from them what he can. He’s keeping up on his languages, of which he knows four: English, Italian, French and Spanish, plus a little Japanese. He’s working on a lecture series too.

He’d like to return to Italy one day once he’s better. And he hopes the tradition of hospitality will continue where Grano once stood.

“It would make me happy if another restaurant were to take it over,” he says.