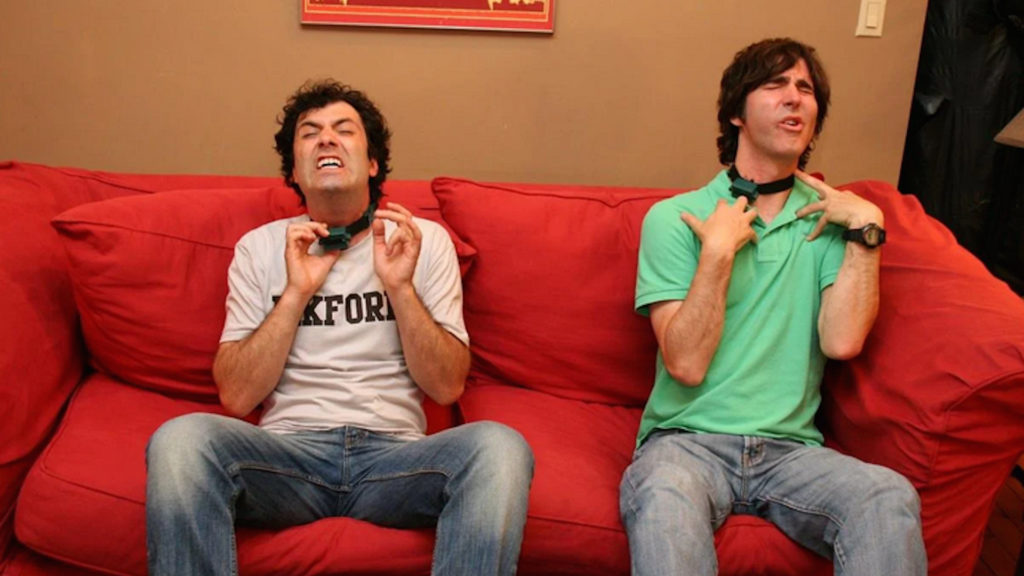 Toronto’s Kenny Hotz took to social media on Jan. 12 teasing a possible new season of his 2000’s comedy Kenny vs. Spenny. The reaction has been, well, positive. But, knowing Hotz, it might be some elaborate prank. Time will tell.

Like, Retweet and Reply
if you want to see
a new season
of Kenny Vs. Spenny pic.twitter.com/OoIS4ByH92

Hotz and his frenemy Spencer Rice were roommates in the early 2000s and crafted a popular gross-out comedy show that saw the two polar opposites match “wits” with each trying to outdo the other in a variety of crazy and silly competitions like drinking beer, farting, but in very creative ways. It got…eventful.

After the show ended, Hotz went on to host a show on Sirus XM, Kenny Hotz Live. Here is an archived 2013 interview from that time when Hotz tells us where it all started.

Survival of the funniest at Forest Hill Collegiate: We were poor Jews in a rich school. You’ve got to be funny to survive. When your friends’ dads drive a Rolls Royce and you’re in some broken-down Cadillac from Hamilton, the one thing you have to survive is your humour and wit.

On his new Sirius XM radio show, Kenny Hotz Live: I have no mandate, no corporate allegiances. I could do anything I want, and that’s part of the reason I’m doing it — it’s the freedom.

On why Canada needs Kenny Hotz: We are so conservative, and we’re on the border of a country where everybody traditionally speaks their mind. There, it’s a soapbox for ideas; here, it seems, it’s pretty status quo. I just want to shake it up a little bit.

On self-image in the social media age: I have a responsibility to my fan base to output content that they see as being funny and entertaining. I wake up every morning and I’ve got 25 new Twitter fans or three less Twitter fans. I treat my social network as the stock market: if you don’t do anything, you lose fans, and if you do stuff, you get fans.

His early career as a serious photojournalist covering events like the Gulf War: I worked as a photographer. I was taking those horrific human disaster pictures, and some of them were funny as well. I think photography reflects every photographer’s personality. And I was always a funny guy,

Why RCMP agents are probably knocking on his door right about now: Historically soapbox comedy brought down Louis XIV. Political comedy is something that shows the insanity of bureaucracy or the institution government is adapted to, of corruption, enslavement of the people. Comedy is something that I think is the smartest form of journalism and the hardest form as well.

Staying in touch with his former Kenny vs. Spenny co-star Spencer Rice: I was just at the Canadian Screen Awards where I was nominated for best comedy series. Spencer took my coat at the coat check.

Future career plans: I’m a Jew, but I’d work with Dr. Mengele if there was enough cash in it.