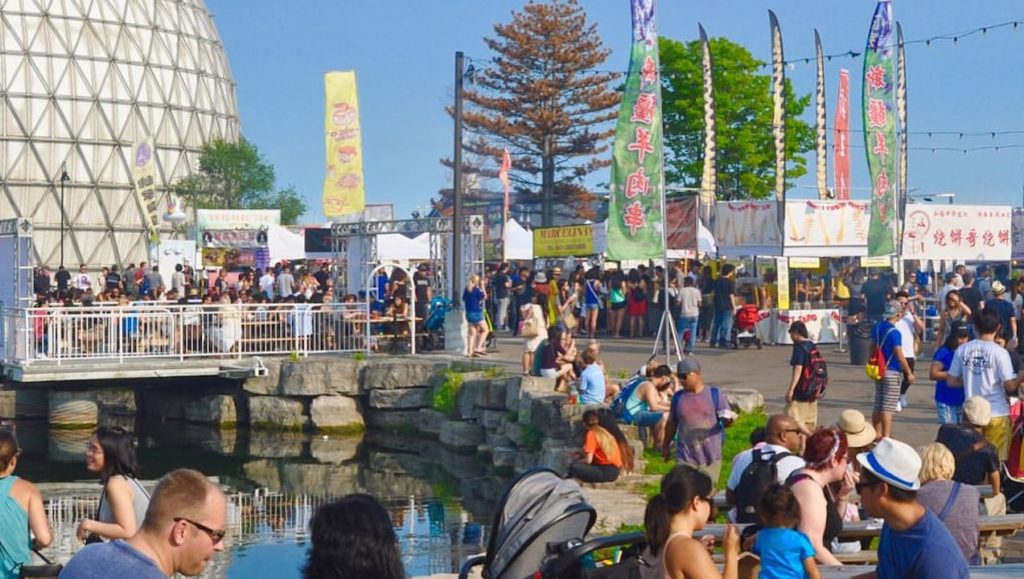 Summer has brought the city alive again, and every week there’s something new to see or do. If you’re looking for things to do this weekend, there’s a bike rave, a waterfront food festival, a local marketplace and more happening in Toronto.


Although the Blue Jays begin a road trip at the beginning of the week, the Cleveland Guardians will be trying to take the W out of the Jays win column on the weekend. From Friday to Sunday, the Rogers Centre will be filled with baseball fans for a 7:07 p.m. start on Friday, 3:07 p.m. on Saturday and 1:37 p.m. on Sunday.

On Friday night, Pulitzer prize winning Kendrick Lamar is performing at Scotiabank Arena as he continues his tour titled The Big Steppers. The very next night, latin-chart topper Pitbull and Iggy Azalea are coming to Budweiser Stage for their Can’t Stop Us Now tour. On Sunday, Alicia Keys will take over Budweiser Stage as a part of her world tour this summer.

Get a leg pump at the Bike Rave on Saturday night


People of all age and fitness levels are invited to the Bike Rave 2022! This annual event is Toronto’s original, DIY bike ride which sees Torontonians cover their bikes in LED lights and ride through the city. The event organizers will share a playlist with all of the attendees. At the same time, riders will turn on their speakers, blasting tunes and enjoying the wind in their face throughout the night.

Enjoy tasty eats at the Feast of St. Lawrence Picnic and Street Festival


On Friday and Saturday, Market Street will be full of food vendors selling delicious food from many cuisines. For the first night, the organizers are offering a five-course dinner for twp which includes food from multiple restaurants in the area. The next night will include farm fresh food, live music and entertainment for all age groups!

The Made for Me Marketplace is hitting the streets of Toronto


On Saturday morning to evening, the Made for Me Marketplace will be taking over Parkdale Hall. The event will showcase locals small business owners and entrepreneurs, giving them the chance to sell their goods. Over 30 vendors will be at the event including food, clothing, jewellery and much more. Leave the event happy with items made just for you!

Toronto is a comedy hub on Friday night

Like most weekends in Toronto, stand-up comedy is more than a feature. But on Friday, there are ten different shows spread across the city. Bollywood Comedy Masala takes place at the Social Capital Theatre, with Clickbait Comedy following right afterwards. A Stand Up Comedy Showcase features a new performer every 10-15 minutes, starting at 7:30 p.m., and wrapping up at midnight.

Cinephere’s Full Moon Weekend is set to feature three consecutive showings of Apollo 11 in IMAX. Both the Friday and Saturday showings will be followed by post-show interactive discussions and photo opportunities with the production teams. The team worked directly with NASA on the Artemis Program, a series of lunar missions which will inspire a new generation of explorers.

Chow down at the Waterfront Night Market


This exciting and delicious night market is making a three-day return to the Ontario Place from Friday to Sunday. The 13th annual culinary experience will emulate the street-style night markets in Asia. Alongside the amazing eats, you can also enjoy some drinks – the market is also hosting a craft beer festival. Grab your tickets to the 19+ event here.