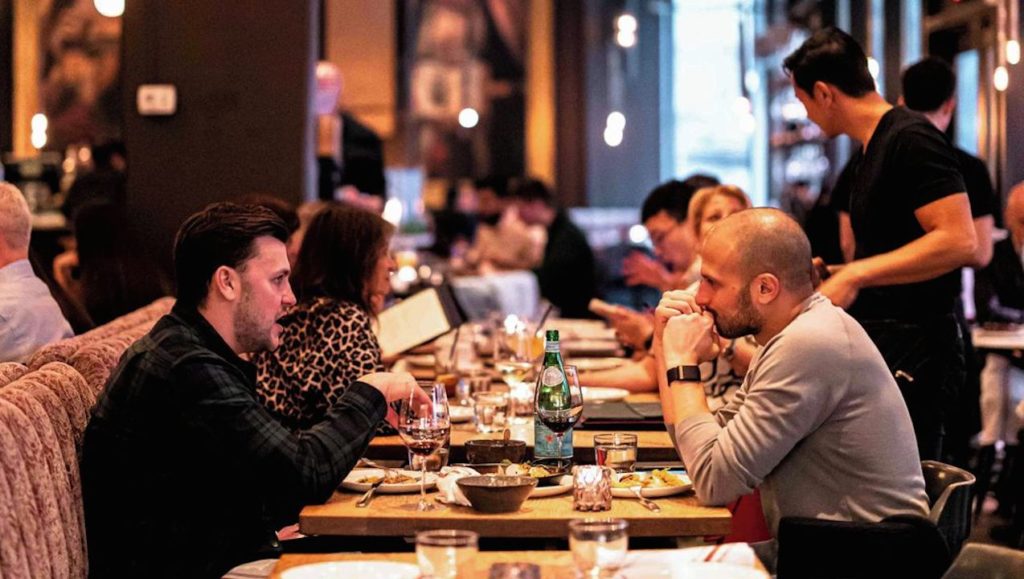 Chasing celebrities as they filter through town during the Toronto International Film Festival (TIFF) is a popular local pastime. But before plunking down a camera-toting keister at just any hotel bar hoping to win the fan photo lottery, some advance research can certainly up the odds of success and Instagram fame.

Back to an in-person festival after two years, you may be even more inspired to go celeb spotting as they descend upon the city from Sept. 8 to Sept. 18.

Much of the action at TIFF has moved south from Yorkville to King West at the Bell Lightbox and the surrounding area. Here is where the best opportunities lie for red carpet shots.

A VIP hot spot is popping up at Marbl restaurant on King West from Sept. 9-12, and the exclusive pop-up is hosting some A-list celebrities for multiple premiere parties. On Sept. 9, they’re hosting the Baby Ruby premiere party starring Kit Harington. For Nicholas Cage fans, try stopping by for a glimpse of him on Sept. 10 for the Butcher’s Crossing premiere party. From 2:30-6 p.m. on Sept. 11, Sony Pictures is celebrating a whole bunch of movie premieres at a party that will host big names from Brandi Carlile to Bill Nighy and Paul Mescal. The suite will also host stars such as Daniel Radcliffe, Joe Jonas, Cate Blanchett, and Anna Kendrick throughout the week as actors stop by during their press circuits.

Bisha Hotel is a well-known celebrity hot spot during TIFF, and this year it’s home to the Getty Images’ Portrait Studio alongside all kinds of events and premiere parties. Try Mister C, the hotel’s swanky lobby bar, to spot some of your favourite actors – past sightings here include  Julianne Moore, Jake Gyllenhaal and Daniel Kaluuya.

American film stars tend to look to the familiar — the Shangri-La Hotel for example. Restaurants such as Momofuku are also good bets, though the timing is tricky. One can only sip soup for just so long.

Another is the 1 Hotel in Toronto – it may be new to Toronto, but with its close proximity to some major TIFF venues, the likelihood of spotting a celebrity being shuttled to their next interview from the lobby here is high. Try Flora Lounge’s TIFF-inspired menu while you’re at it.


Mediterranean restaurant Byblos is sure to be swarming with stars this year – it’s just minutes from the TIFF Bell Lightbox and has also been known to host some major after-parties. Past sightings here include Dakota Johnson, Michelle Williams and Jason Segal.

Another sure-to-be hot spot? Patria. A more discreet resto off of King Street West, it’s not only known for its private dining experience but has also played host to exclusive TIFF premiere parties. Past sightings include Ryan Gosling, Jamie Lee Curtis and Joaquin Phoenix.


Yorkville is still a thing with its unique boutiques, high-end hotels and landmark restaurants such as Sotto Sotto and Sassafraz. But this year, the main event is likely to be Sofia – this Italian fine dining restaurant is nearby the Hazelton Hotel and Four Seasons, and home to a large private patio, making it a favourite for visiting celebrities. The restaurant hosted the Hustlers movie premiere in 2019, including stars such as Keke Palmer and Jennifer Lopez.