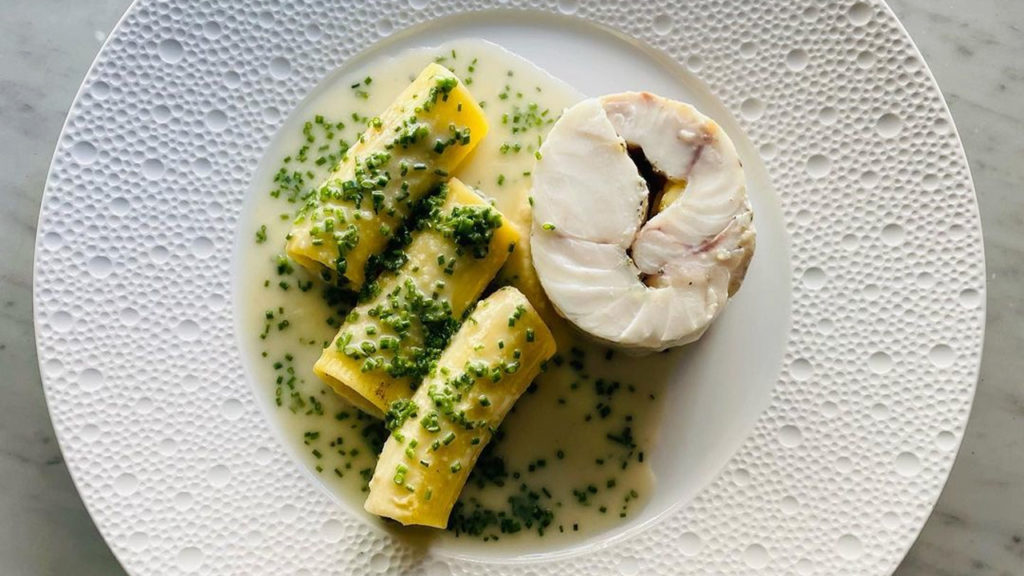 Streets of Toronto surveyed over 50 of Toronto’s top chefs and simply asked them to share their two favourite restaurants in the city for food, service and ambiance. The result is an incredibly delicious and thought-provoking list of T.O.’s absolute best restaurants. While the full list will be published later this week, today we are proud to pre-announce that the top spot honours have gone to Edulis, located at 169 Niagara St.

To visit Edulis is to feel immediately like a friend, ushered to a convivial dinner party that celebrates authentic cooking. The ever-changing, made-from-scratch menu highlights and celebrates seasonality, but does not veer from its cornerstones: seafood, vegetables, and wild mushrooms. The no-tipping eatery, open only Thursdays through Sundays, was deemed the best new restaurant in Canada when it opened in 2012, and is a staple on the Canada’s Top 100 list. Husband-and-wife owners Michael Caballo and Tobey Nemeth celebrate love in every form at Edulis: the love of food, the love of good company, and their own labour of love with the restaurant. They transformed Niagara Street Cafe’s 30-odd seat space into one of the city’s top culinary gems in an intimate, unpretentious setting, spread over two, modestly-decorated twin dining rooms.

“Edulis for me is the full package. The food, wines and service are super sophisticated but so comfortable at the same time, which is not the easiest thing to do. This allows guests enjoy a top notch experience minus the prissy formalities,” says Ryan Campbell of Il Covo. “They have the friendliest team, gorgeous European decor, beautiful wines and food that always has just the right amount of fuss put into it. This reminds you to feel the casualness but you can see and taste the care put into everything they do.”

Wondering what other restaurants made the list? We will be revealing the full, ranked list of the top restaurants in Toronto this Thursday, May 5.

Streets of Toronto would like to extend our thanks to all of our judges: