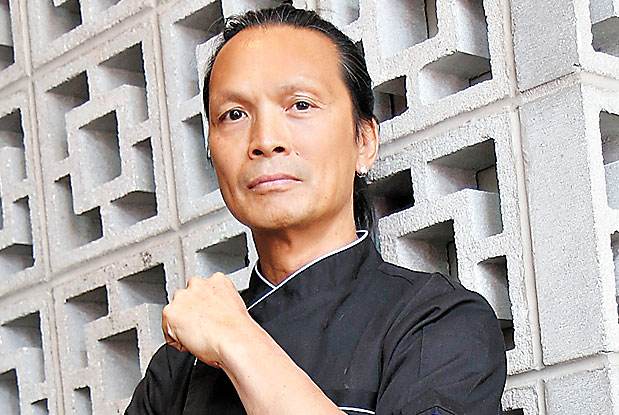 One of the city’s only bona fide international chefs with a CV that includes restaurants from Singapore to New York City and Washington, Susur Lee is back in Toronto ready to add to his roster of culinary operations. As a nod to his roots, Lee has just opened Luckee in the SoHo Metropolitan Hotel, offering up high-end “nouvelle Chinois” cuisine based on the traditions of the Guangzhou, Hunan and Szechuan regions.

You have been friends with Henry Wu, Metropolitan Hotels’ president, for a long time. Who approached whom with regards to opening Luckee?
We met because we’re both Chinese. Ha! I would say maybe 25 years ago, I was approached by one of the people at the Metropolitan asking if I knew any chefs for their restaurant, Hemisphere. My sous-chef wanted to leave, so I introduced him, and then that’s how I got to know Henry. Right away I found out he was from Hong Kong, so we can parley in Cantonese. And then he asked me to help him make the menu for Hemisphere, and that’s how it started. A year and a half ago we were having a drink here [in the Soho Metropolitan] and talking about what should go into this space. He said, “Let’s do a restaurant,” and I said, “It has to be a Chinese restaurant.” And that was that.

What’s your favourite Chinese restaurant for a nosh in the GTA?
I don’t go to hip Chinese places. I just go to good Chinese places. I often go to King’s Noodle. It’s easy to park, and I know the owners (they’re both from Hong Kong). I love their duck, but lately I’ve been enjoying their oyster dishes. Last night I ordered black bean sauce oyster with bitter melon. It’s an acquired taste, but I love it. Dinner is the most important meal of the day for me. I love pampering my family and myself with good food.

In a recent interview, you said you’ll be serving some of your childhood favourites. What are they and how will you present them?
When it comes to Cantonese dishes, my mother is a terrible cook. (I forgive her; she was a working mother with six kids.) The happiest day was the end of the month when my father would get his paycheque and we’d get takeout! My childhood was exploring Chinese food; it was dim sum. My father used to study horses (bet on horses). He’d open his paper and he’d say, “Son, order whatever you want.” There is one dish that specifically stuck in my mind: black bean sauce with pork. We’ll be serving that here [at Luckee], boneless with lobster.

Canada is naked when it comes to Michelin stars. What is our scene — specifically Toronto’s — lacking?
It’s tourism. Toronto as a city doesn’t have a lot of tourists visiting. It’s a business city.

And if you could award a Michelin star to a Toronto restaurant which would it be?
Luckee! Absolutely.

Are there any other projects you’re working on that are not so far in the future?
The airport. The restaurant at Pearson is going to be great! It’ll be international flavours rooted in Asian flavours. It will open early next year. And no, there’s no name yet.