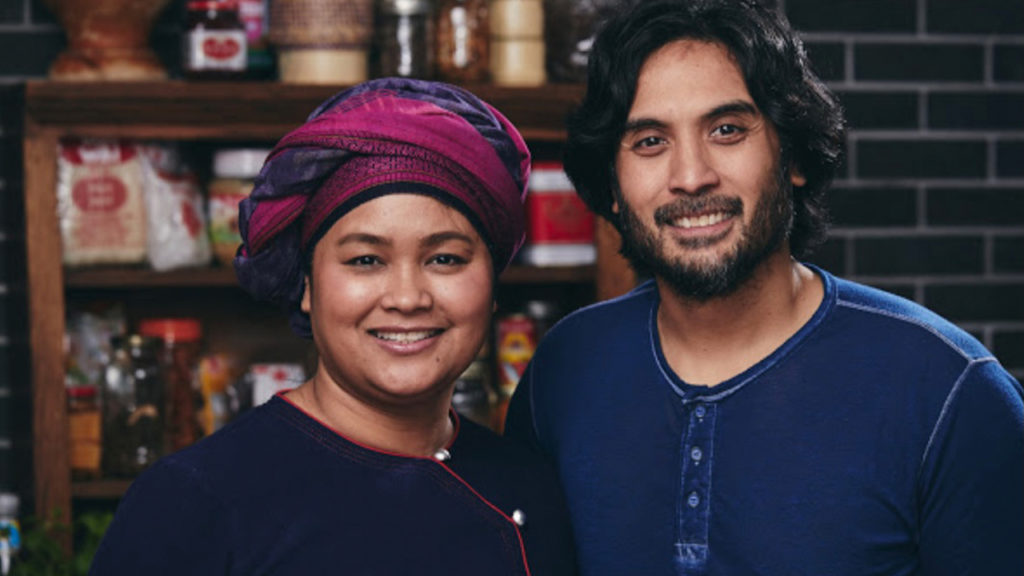 While some restaurants have seen a massive drop in business over the course of the year, Thai chef Nuit Regular and her husband and business partner, Jeff Regular, found the time to quietly open their biggest restaurant to date.

With its soaring 30-foot ceilings and street decorations, Pai Uptown officially opened for indoor dining in June at 2335 Yonge St., after operating on a takeout-only model since November 2020.

Chef Nuit says that although the pandemic erased revenue, it gave her time to train staff and reinforce company values. She says, if she was going to expand her business uptown, it had to be done the right way: everyone, staff and guests alike, would be treated like kin.

“When people ask, ‘How many of your family are here in Canada?’ I say I came here with my son and Jeff but created my family at the restaurant,” says Nuit. “My staff are my family. It’s not, ‘I’m your boss,’ screaming. It’s more, ‘We’re on a team, and I want to take care of you.’ We sit down together and talk.”

“You hear about things in kitchens, but we could never do that,” adds Jeff. “Our restaurants are an extension of our personalities. All we want to do in the city is create a better, positive atmosphere.”

The space at Pai Uptown is bold and bright, and although its 12,000-square-feet space is spread across two storeys, it’s bathed in natural light and maintains the same secretive, festive vibe as some of the couple’s other famously jumping restaurants downtown. There are private dining rooms and Saturday night DJs, and the restaurant, though large, is destined to provoke intimacy, exploration, discovery and warmth.

Nuit and Jeff say that they’d long since circled around a midtown location and had often heard requests from guests to head north. Their spicy curries, famous village fried rice, and smoky, tangy pad gra prow are rightly revered. Both the duo thinks the timing is right to invite diners into their kitchen north of Bloor.

“We like the Yonge and Eglinton area and have for a while; it was just a matter of finding the right place, and also the right time,” says Nuit, who has already created five new recipes in her uptown kitchen that she’s since exported to her downtown spots.

A taste of Thai in Toronto

Before the pandemic, the dishes were deemed too difficult to recreate at scale. The smoke of the garlic, for example, needed to offset the tomato salt just right. With the lockdown, however, Nuit found the time to retrain her cooks. Jeff says that their whole operation has returned since the situation regarding the current pandemic has improved.

“It wasn’t about making money,” he says. “It was about keeping the same quality and level of service so that, when we got to the end of the road or wherever we are, we wouldn’t put anyone out of work, and our quality was as good — or better — than it was before.”

The entire mission behind the Pai empire has been to export northern Thai cooking, and the northern Thai way of life, to Toronto. During the pandemic, Nuit sent make-your-own Thai meals out in boxes so home chefs could experiment with her recipes.

On launching her book

She also recently published her first cookbook, Kiin: Recipes and Stories From Northern Thailand, which not only features her beloved recipes for Thai chicken wings, khao soi and her signature Chef Nuit Pad Thai, but also links to the retailers that import her ingredients.

“I launched my cookbook during the pandemic,” says Chef Nuit with a laugh, explaining the origin of her project. “I knew people were spending time at home, and I want to connect with people that love food and love Thai food.”

Thai food, since the Regular family opened their first restaurant on Parliament Street, has become more prevalent across Toronto, and they now own eight restaurants, including Sabai Sabia, Kiin, Pai and Sukhothai. Their new spot uptown is perhaps their most ambitious location, but it’s infused with the same unique warmth that customers find not only in the curry, but also in the family behind the brand.

“Thirteen years ago when we first started, there was no pandemic, but it felt like a pandemic to us,” says the chef. “I cooked food and no one came to buy it, but the quality was the same as it is today. Now, we have some money, and we have a team, and it’s still the same mission to take care of the people of Toronto: we try to bring the best Thai food possible to the table.”

“We know that people can’t travel like they would have liked to, but our atmosphere at the uptown location brings our guests to that vacation they missed out on,” Jeff adds. “With food, visuals, service and music, it feels like you’re out of the country, at least for a night.”