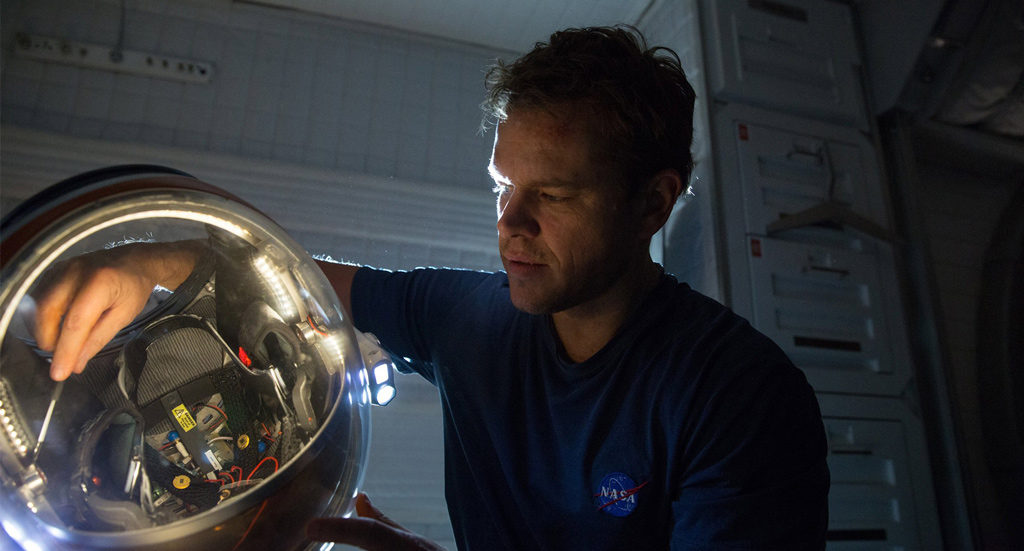 Every year the Toronto International Film Festival balances niche and esoteric films with plenty of big-name, star-packed world premieres. These ten are the most promising entrants in the latter category.

This true story has lots of awards hype. Best Actress winner Julianne Moore plays Laurel Hester, a New Jersey state police officer fighting for the right to leave her pension to her partner Stacie Andree (Ellen Page) after she is diagnosed with terminal cancer.

Our Brand Is Crisis

Director David Gordon Green has had a weird career of ups and downs, so it's interesting to see him take on this high profile project. Sandra Bullock plays a political strategist named "Calamity" Jane Bodine working to get a Bolivian presidential candidate elected against a candidate managed by her arch-rival Pat Candy (Billy Bob Thornton).

A Prometheus do-over for Ridley Scott? Not really. The director may be returning to space, but this is not that kind of tale of human survival. Matt Damon stars as an astronaut trapped on Mars with Jessica Chastain, Chiwetel Ejiofor and others trying to bring him home.

Nearly 40 years after All The President's Men, Robert Redford returns to the newsroom, this time from the vantage point of Dan Rather's anchor chair. James Vanderbilt's film looks at the scandal that took down Rather's career.

A lot of people are buzzing about Tom Hiddleston's turn as Hank Williams in I Saw the Light (also at the festival) but I'm looking forward to him in Ben Wheatley's adaptation of J.G. Ballard's novel "High-Rise." A power outage at a modern apartment complex causes pleasantries to crumble. Things get dark from there.

Call this one an oddball pick. It comes from director Pablo Agüero and tells of the embalmed corpse of Eva Perón passing through Europe before being stolen in Argentina. Gael García Bernal goes for the bizarre along with Denis Lavant (Holy Motors).

Kate Winslet didn't have the best showing last year at TIFF in Alan Rickman's A Little Chaos, so here's hoping for better things from Jocelyn Moorehouse's Aussie set flick. It's about a woman returning to her hometown from the world of haute-couture fashion for a little revenge.

The Music of Strangers: Yo-Yo Ma and the Silk Road Ensemble

Morgan Neville is on quite the roll lately with the Oscar-winning Twenty Feet from Stardom, the Gore Vidal vs. William F. Buckley Jr. flick Best of Enemies and an upcoming Keith Richards doc, so I'm curious to see what he will do with the subject of Yo-Yo Ma and his Silk Road Ensemble. The great cellist himself is rumoured to attend the premiere.

The festival's opening night film has a lot of pedigree behind it. Jake Gyllenhaal (Enemy and Nightcrawler) stars as a man trying to get over the death of his wife. Canadian director Jean-Marc Vallée (Dallas Buyers Club and Wild) is behind the lens.

Brian Helgeland wrote Curtis Hanson's L.A. Confidential so his crime chops are pretty formidable even if the rest of his resume is a bit suspect. This story of twin brothers (both played by Tom Hardy) who grab the reigns of London's gangster scene sounds most intriguing.