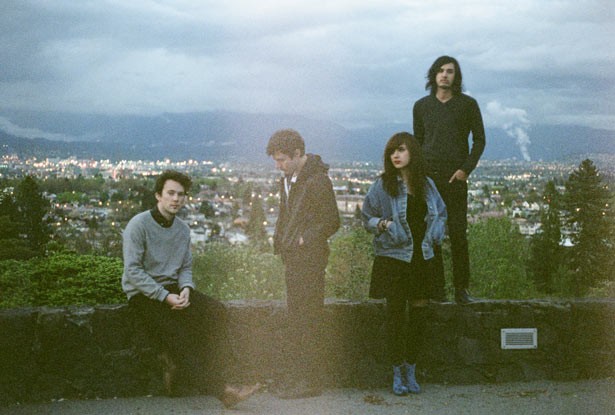 It’s that time of the year again. North by Northeast, the annual music festival that brings hundreds of bands to Toronto, kicks off this week — and the slew of shows to check out can be a bit overwhelming.

As such, the NXNE folks have come up with this nifty app to help organize your schedule. But in case you’re not tech savvy, or are just looking for a guaranteed good time, we’ve compiled (in no particular order) our 10 must-see shows below.

Part psychedelic rock and part dream pop, Toronto’s By Divine Right has maintained a steady fan base since the mid ‘90s. Fronted by Jose Contreras, the band’s lineup has previously included the likes of Feist, Brendan Canning and Brian Borcherdt (of Holy Fuck). So it’s no wonder that when the band released their ninth album, Organized Accidents, earlier this month, it gave us both what we’ve come to love from the band plus something unexpected at the same time. They’ll be playing their groovy tunes at St. James Park on June 14.

For a band that only released their self-titled debut record last fall, July Talk perform with the chemistry and cohesion of rock veterans. Peter Dreimanis’ gritty, Tom Waits-esque vocals play perfectly well against Leah Fay’s sweet voice. Add to that wailing guitar riffs and booming drum beats and you won’t be able to help but cut a rug. July Talk will be joined by Imaginary Cities, Wildlife and Sam Cash on June 14 at Mod Club Theatre.

Montreal’s Béatrice Martin, who goes by Coeur de Pirate, has been credited with focusing the international spotlight on Francophone music. The combination of her bubblegum pink voice and sunny piano numbers (think Regina Spektor) guarantees the perfect performance for a date night (at The Great Hall, June 13). After all, French is the language of love, oui?

Saturday night at Blk Box will probably be a bit of a haze. Montreal singer-songwriter Devon Welsh has teamed up with Matthew Otto to form Majical Cloudz, a synth-heavy and moody duo. Welsh’s hauntingly hollow voice has been measured against Jim Morrison and Dave Gahan, and it pretty much promises a memorable show. Majical Cloudz performs as part of the Neon showcase along with Ryan Hemsworth and others on June 15 at Blk Box.

Buzzing guitars, spectral vocals and hooky beats characterize Toronto-based group Moon King. They’ve been defined as grunge-pop, which seems like a bit of a paradox, but Maddy Wilde (of Spiral Beach) and Daniel Benjamin have somehow made sense of it. Prepare for loud, energetic, punchy tunes. Which basically means that any one of their three shows (at Horseshoe Tavern, Wrongbar and Yonge-Dundas Square) will be a hell of a lot of fun.

After Big Boi had to cancel his NXNE performance because of an injury, another Atlanta native stepped in. Ludacris’ free Sunday show at Yonge-Dundas Square will wrap up NXNE, alongside Joey Bada$$, Fat Tony, Smif N’ Wessun, Mickey Avalon and The Underachievers. Here’s hoping your dad is into hip-hop, because we already know Luda loves the ladies in this city.

Today’s punk bands could learn a thing or two from Vancouver’s White Lung. The band’s menacing, dirty and fast-paced brand of punk rock is reminiscent of the genre’s inception (and arguably its peak) during the mid ’70s. For anyone worried that they might be too hardcore, there are some pop-driven tracks on the latest offering from the group, Sorry, which was released this spring — but the chances of a mosh pit are pretty good. After an extensive tour this spring with Toronto’s Metz, they’re in town for a doubleheader on June 14 and 15.

Arizona indie mainstay band Calexico are one of the biggest names to play during NXNE week. Their unique blend of alt-country-rock infused with Latin American themes, such as mariachi, has been perfected since their first record was released back in 1997. At times they can get into funky, groovy tunes, and at others, they put out hushed, acoustic songs. That means that their performance at Mod Club on Wednesday will likely span a good range and have something for everyone.

In mid-May this year, Vancouver’s Gold & Youth released their debut record on local label Arts & Crafts. Beyond Wilderness was a long time in the making, because the band had been riding the wave of their single “Time To Kill” since the previous year. And the album is every bit as good as expected — a danceable, ’80s new wave-ish record dripping with droning synth machines. They’re just coming off a performance as part of the Field Trip Festival, and will be performing this Friday night at Blk Box.

We were as surprised as anybody to learn that there is a pretty big market for indie folk music in Europe. But it turns out that bands such as Villagers, an Irish folk group, are at the helm of the genre’s steady rise. They’ve just released their second album, Awayland, which is bright and upbeat, but keeps true to lead singer Conor O’Brien’s dark themes. Be sure to check them out this week, as it will be the band’s only Canadian stop on the tour. They’re performing two NXNE sets, both the night of June 15, at Sidedoor and later at The Great Hall.