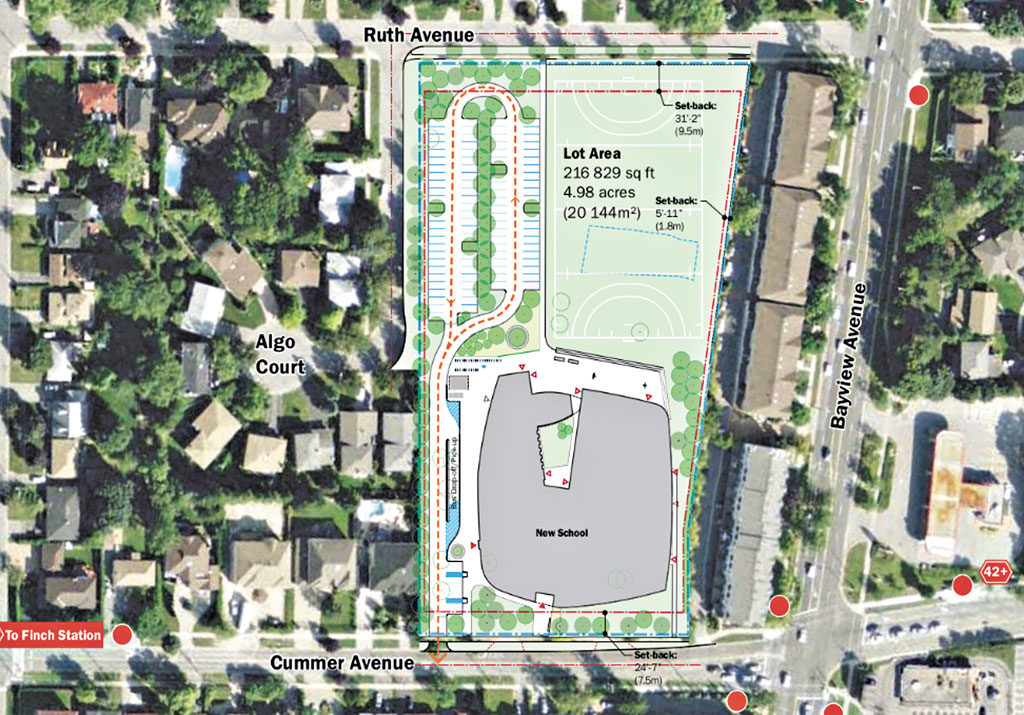 According to Angelo Sangiorgio, associate director, planning and facilities at TCDSB, the board has already purchased four of the 18 properties at fair market value, using the educational development charges allotted to them by the City of Toronto. They are currently negotiating for two more, with offers submitted Feb. 18.

The province’s Expropriation Act allows a public agency to take possession of a property “for a purpose deemed to be in the public interest,” regardless of whether or not the owner is willing to sell it.

However, on Nov. 26, 2014, the Committee of Adjustment denied the TCDSB application to allow for the three-storey school on the existing site, after residents expressed concerns about the intensified traffic the development would cause. So they submitted an appeal to the Ontario Municipal Board, with a hearing set for May 6, 2015.

Councillor Shiner and residents have pointed to the TCDSB property on Ravel Road near Leslie Street and Finch Avenue East as a more appropriate site for the school, but Michael Del Grande, TCDSB Ward 7 trustee, insists the location is too far for students and would still require expansion, meaning they would be back at square one.

“They have to question if that is the best use of taxpayers’ dollars,” said Shiner, with regard to the Catholic school board’s decision to spend up to $30 million to expropriate the homeowners’ property.

“Personally, no, I don’t believe in expropriating, that would be my last choice,” said Del Grande. “[But] expropriation has occurred and will continue to occur for the public good. The school will be there for decades and decades. People will come and go out of those townhomes. They’re not there forever.”

Before the recent demolition, the site was home to an elementary school owned by the Toronto District School Board (TDSB) with a capacity for 400 students. The new building is designed for approximately 850 students.

Giovanna Andrews, a retired TDSB principal lives across from the proposed development, and believes that TCDSB is “trying to fit a round peg in a square hole.”

“We’re not adverse to a school, but what they’ve proposed is simply too large for that particular site,” said Andrews, who said it will force people out of their homes, increase traffic and make safety a serious concern.