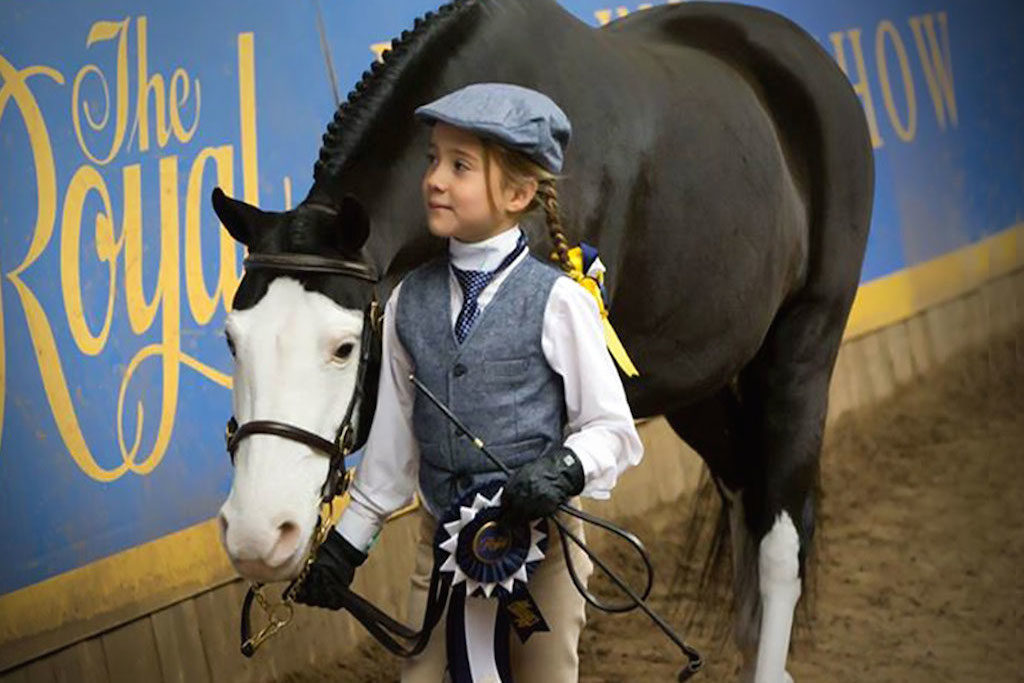 Toronto’s venerable Royal Agricultural Winter Fair and the Royal Horse Show were first held almost a century ago in 1922 at the Coliseum at Exhibition Place. Since then, a lot has changed but a lot still remains refreshingly the same. And with more interest in farm-to-table cuisine and how our food is made, a visit to the fair offers an essential and enlightening educational opportunity.

Post City checked in with Royal head honcho Charlie Johnstone, to find out what’s new this year at the event that runs Nov. 2-11 at Exhibition Place but also how best to get at the authentic rural roots of the fair. For that, he has a pretty good idea where to start.

What Johnstone suggests, if Torontonians want to get the most authentic Royal Experience, is to go beyond the exhibition aisles and the perennial favourites such as the President’s Choice Super Dogs show, giant vegetables, butter sculptures and the petting farm and delve deep into the bowels of the barns and catch a glimpse of another world made up of more than 5,000 animals and their producers.

In the barns, farmers ready their livestock for competition whether cows, some of the 400 sheep, 250 goats, chickens, 100 different breeds of rabbits or pigs, that they’ve been training and grooming and raising for the better part of a year.

The Royal features more than 2,000 agricultural classes. To win, or be a Royal champion does not just mean a ribbon and a pat on the back. It means money. A lot of money.

“At the very core, the Royal is a world class agricultural fair,” he explains. “To win your class or your division or to be a Royal champion has a direct bottom line effect on your business as a farmer. We are bringing in judges from around the world, and people recognize as world class event.”

In addition to those who attend the fair, and those who show at the fair, there are also a lot of people from around the world there to do some buying in a big way, operating out of the Royal’s international business centre.

“We have 5,000 international buyers coming in,” says Johnstone. “Big business is being done.”

So, when you walk the aisles and see a farmer with a grooming kit that would make RuPaul blush, with a hair dryer out putting the finishing touches on a massive prize-winning hog, knowing what’s at stake makes it that much more interesting.

Literally, millions of dollars of business will be conducted at the Royal each year, with cattle and pigs heading to far-flung places such as Japan and across South America.

And, of course, what would barns be without horses? The Royal Horse Show is another gem that is a must-do for an authentic experience.

“To perform here is everybody’s Super Bowl,” says Johnstone, of the many local, national and international competitions and demonstrations that make up the Royal Horse Show.

But, again there is more.

Take a stroll through the stables to see all the incredible horses, and speak with trainers and riders. It’s another wonderful world that also has a glamorous side.

“From manure to mink,” is how Johnstone describes it.

When the horsey set comes to town they don’t fool around, and that’s why the Royal offers a number of fine dining experiences such as the Royal Terrace that overlooks the horse show with a menu curated by Oliver and Bonacini, VIP treatments and clubs that operate well into the night after the horse show wraps up.

Horse Show tickets are sold separately, but also include admission into the Fair.

Johnston also took the time to tell us about few new and exciting offerings this year, and one starts tonight.

The fair gets underway on Friday, Nov. 2, but the night before on Nov. 1 is one of the new additions to the show, and that is a night of country music presented by the Boots and Hearts festival featuring Tim Hicks, who, according to Johnstone is launching a new tour at the fair. Other performers include the always entertaining Washboard Union along with Tebey and Madeline Merlo.

Cooking has long been a part of the Royal experience, but this year the fair is going one step beyond the norm by offering a unique culinary academy (for a $20 ticket upgrade) with some of the area’s best chefs including Jamie Kennedy, Rob Gentile, Anna Chen, Charlotte Langley and Michael Hunter. “It’s not just demos, there is an opportunity to join 30 other people and cook alongside them,” says Johnstone. “Not only do people get to interact with world class chefs, but the chef also brings up a farmer or producer and explains why they buying from that person. That’s really what the Royal is all about, how our food actually gets to the table.”

Apparently, the average visitor spends six hours at the Royal, and it’s easy to see how, as there is just so much to see, do and, of course, eat and drink. For further information go to www.royalfair.org.