Tap, beats and the importance of tradition - Streets Of Toronto
Skip to content 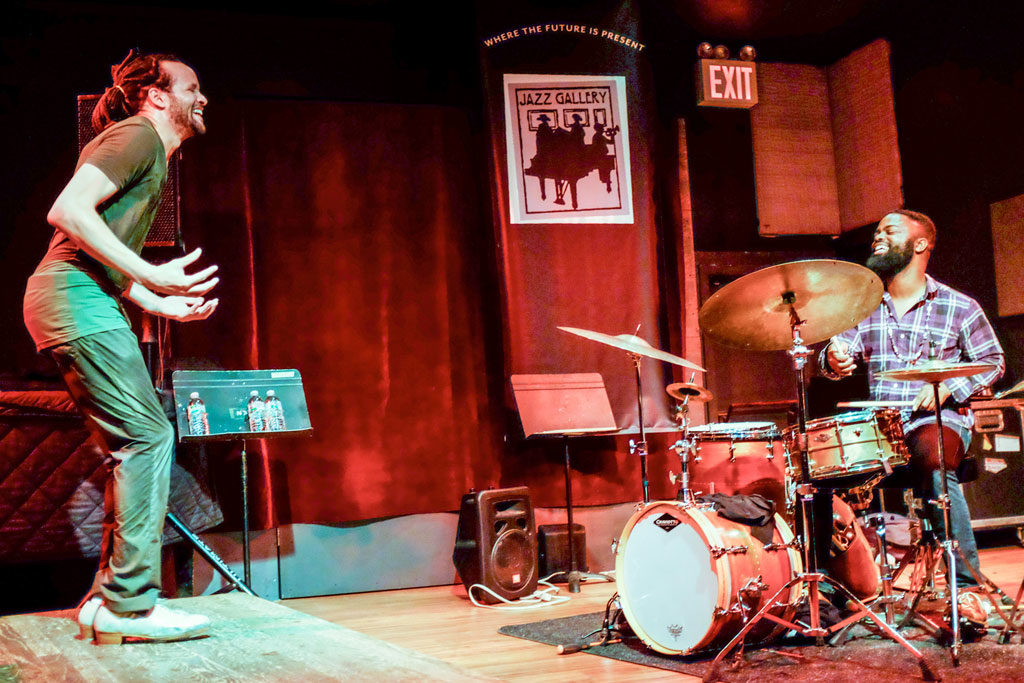 Tony Award–winning dancer Savion Glover has been called a virtuoso, a prodigy, a superstar, a living legend and “the Michael Jordan of Tap.” But he says he doesn’t put much stock in labels.

“I don’t necessarily pay attention to those adjectives, if you will,” he says.

Glover will be performing alongside exciting young drummer Marcus Gilmore on June 26 at Koerner Hall as part of the Toronto Jazz Festival. The two engaging and energetic artists play off one another, creating an instrumental dialogue that is beyond compare.

Glover, who has breathed new life into the art of tap dancing with his modern style, first learned of his passion for music and rhythm through drumming lessons as a child growing up in Newark, N. J.

“I started off as a drummer. I got into drumming when I was like five years old. My mother signed me up for local music school. We all went there for lessons or theory or to study some type of instrument, and that’s where that started,” he says.

He later ventured into tap dancing. At first, Glover thought of tap as just another recreational pastime, but he soon learned that his love for the art form went much deeper than he had ever anticipated.

“At first, I guess it was just something to do,” he says. “It wasn’t until I met the masters, as they’re referred to, Jimmy Slyde, Gregory Hines, these people sort of changed my life. Not sort of, but changed my life and gave me a why and a reason to tap dance. I guess that was the turning point, when I met these men.”

Glover’s career as an artist began with a starring role in the Broadway musical The Tap Dance Kid when he was just 11. But he is perhaps best known for the 1996 Tony Award–nominated musical Bring in ‘Da Noise, Bring in ‘Da Funk, which really introduced Glover to the world.

As a former protege himself, Glover says passing the tradition of dance on to younger generations is one of his main priorities as an artist.

He founded the Savion Glover School of Dance and hopes to encourage young artists just as he was encouraged.

“It’s very important to me because this is what was taught and given to me,” he says. “We strengthen the mind and encourage the spirit. This is how I was raised and this is what I continue to do through the school.”