T.O.'s most inspiring women of 2017: Sandy Hudson - Streets Of Toronto
Skip to content 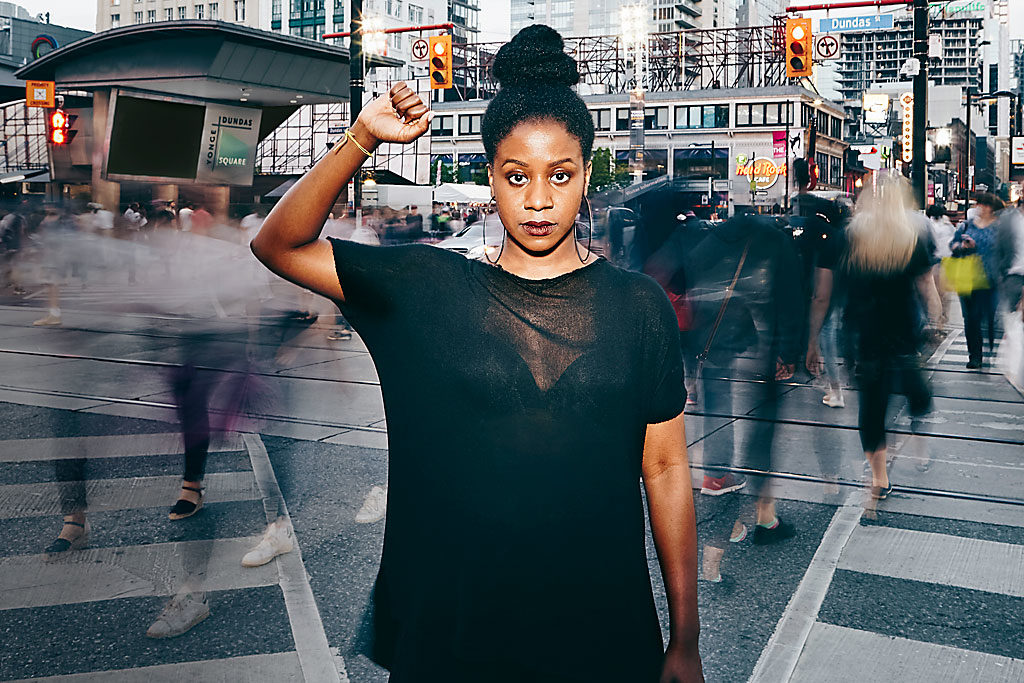 As 2017 comes to a close, we are honouring Toronto's most inspirational women of the year. Take a look at our 12-part series highlighting the changemakers who are pushing for women's rights, exposing the inequalities in our city, achieving excellence in what they do and giving back through advocacy, activism, philanthropy and more.

Of the many reasons I admire [Black Lives Matter Toronto co-founder] Sandy Hudson, the precision of her work stands out — Hudson doesn’t play. I have repeatedly witnessed her stand up to those who attack her advocacy, not by returning fire, but by asking more genuine and relevant questions than her interrogators. To me this is not simply patience, but a sign of Hudson’s relentless devotion to and understanding of the existential struggle for black liberation.

I spent several days and nights at the makeshift tent city camp that BLMTO and many Indigenous allies maintained for 16 days outside Toronto police headquarters. During a weekend rally that drew thousands to the camp, Hudson stood with her team on the bed of a truck and, after addressing the crowd, she began to sing “A Change Is Gonna Come.”

As she belted, her voice raw from nearly two weeks of outdoor public demonstration, I remember thinking “Damn, you sing too?” When someone is especially good at something, it’s easy to overlook their true range and depth.

One of Hudson’s great contributions to our thinking about black liberation in Canada is her focus on the notion of care. She is constantly reminding us that ending state violence against black people is only one step in our struggle, that in order to truly thrive, we need to develop systems that centre black people’s healing and care. This idea expands possibilities for black people and encourages us to dream beyond the poor expectations our country continues to hold for us. It’s a great blessing to be alive and in the struggle in the same place and time as Hudson.

Next on the list: Lilly Singh by Craig Kielburger