T.O.'s most inspiring women of 2017: Kadeisha Buchanan - Streets Of Toronto
Skip to content 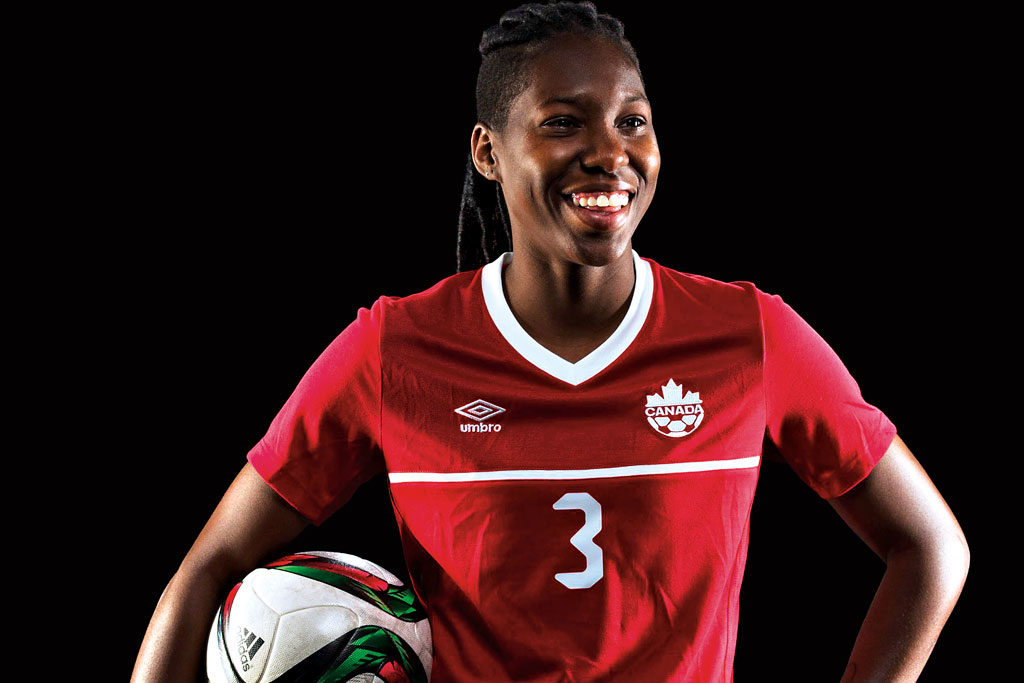 As 2017 comes to a close, we are honouring Toronto’s most inspirational women of the year. Take a look at our 12-part series highlighting the changemakers who are pushing for women’s rights, exposing the inequalities in our city, achieving excellence in what they do and giving back through advocacy, activism, philanthropy and more.

On the field, Kadeisha Buchanan [player on the national women’s soccer team] is definitely a trailblazer right now for the sport across Canada. She has been shortlisted as a finalist for the FIFA Ballon d’Or, was named the Best Young Player in the 2015 Women’s World Cup and won the UEFA Women’s Champions League this year with her team in Europe.

Buchanan is definitely a warrior on the field. The way she understands and reads the game is amazing for a player her age. Her fierce competitiveness really shines bright as a leader on the field. She gives 100 per cent in everything she does, and especially as a black woman coming from Canada, it’s not easy.

From my experience, working with my foundation in our communities and working with inner city kids, especially girls, they really look up to Buchanan as a role model. She’s done a fantastic job, and we’re all proud of her and her achievements. To be a young woman and to take on such a big role and responsibility and to come out of it the way she has is something great to see. It creates a great platform to be a great leader and role model for other girls like her who are growing up with similar experiences as her, to know that they too can achieve greatness in life, whatever that may be.

Next, I want her to win the Ballon d’Or and to one day push Canada to win the World Cup. But whatever it is, I’m very proud of her and how she’s developed as a player and grown as a young woman. I wish her nothing but the best and more accolades. She’s definitely well deserving of it.

Next on the list: Rachel Parent by Adria Vasil