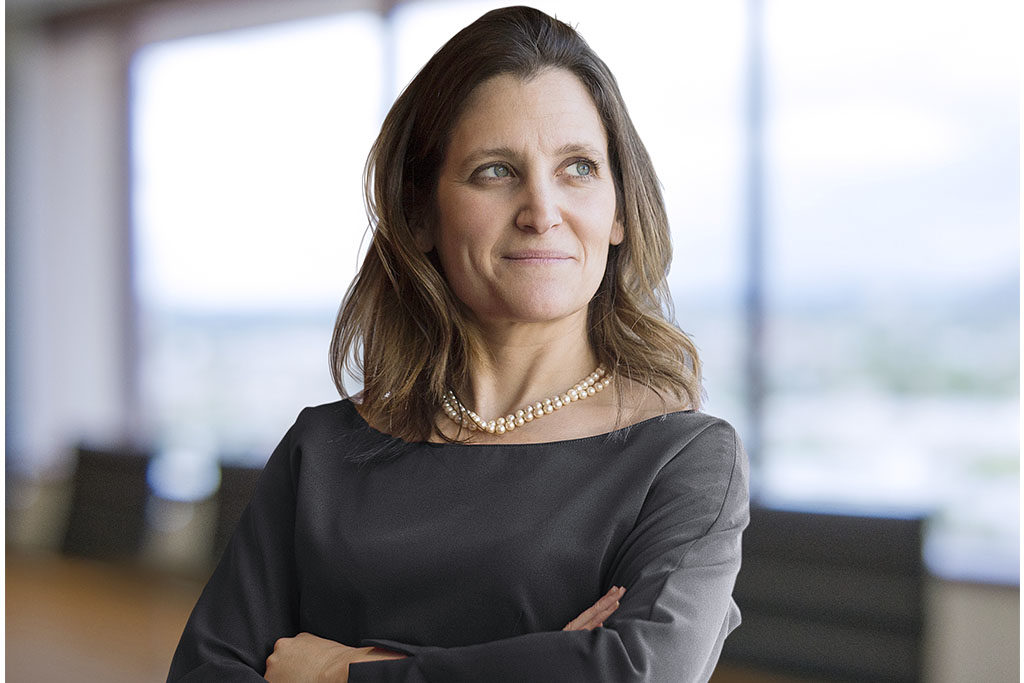 Chrystia Freeland has been named Canada’s deputy prime minister after a recent cabinet makeover. Prime Minister Justin Trudeau appointed this role to Freeland after rearranging his cabinet to focus on climate change, economic growth for the middle class, public safety and most importantly, national unity.  The last time this role was appointed was under Prime Minister Martin in 2003.

In 2018 we named Chrystia Freeland one of our most inspirational women, now she is second in command to the PM. In this article by Bob Rae, discover what it took for Freeland to get to where she is today.

Conquering the challenge of the NAFTA trade negotiations I can remember quite vividly my first meeting with Chrystia Freeland. I had stepped down as the MP for Toronto Centre, and when she decided to run for the nomination we went for coffee. We knew each other by reputation but had never met. What impressed me most was her curiosity. A professional journalist, she made a point of jotting things down as she peppered me with questions. This wasn’t a pro forma exercise. She wanted to know what it would take to win a nomination, how I balanced my life and work, what she could expect when she got to Ottawa.

I warned her that her first days in Ottawa would be difficult because the House of Commons has a way of testing newcomers. She survived the comments about her voice being too high and the challenge of handling the heckling. If she was daunted by it, she never showed it.

The election of Donald Trump and the emergence of NAFTA as a key issue led to Chrystia becoming minister of foreign affairs. She mastered the web of details on that issue and reaffirmed Canada’s commitment to building a world where rules mattered in trade and the rule of law needed to count in our dealings with the world. Articulate and unfazed by the challenge of dealing with the unpredictable, Chrystia has emerged as a key voice, not just for the government, but for Canada.

Through it all, she is a wife and mother, down-to-earth, disarmingly straightforward and direct. Working with her on the Rohingya file, I saw her show compassion and a willingness to go the extra mile for what she believes in. And she still writes stuff down when we chat. Because she’s curious, and she cares.