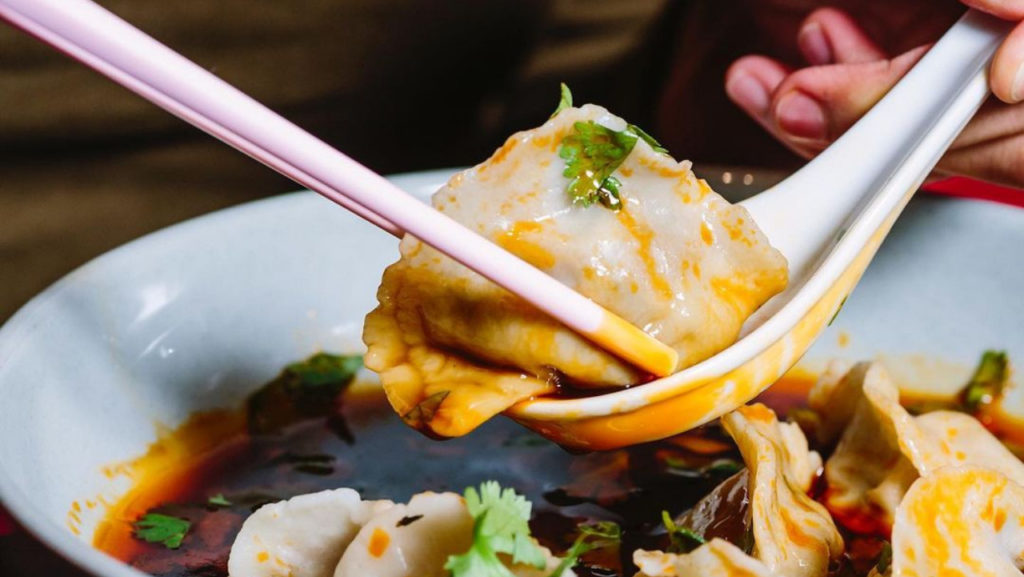 After much success as a pop-up, Sunny’s Chinese is officially opening in Kensington Market on Thursday, Aug. 18.

Originally announcing the grand opening of a storefront location last fall, Sunny’s Chinese was meant to open this spring.

Accessible through the Kensington Mall entrance at 60 Kensington Ave., Sunny’s will be open for dinner service from Thursday to Monday. Since its inception in November 2020, the restaurant’s menu was only offered to newsletter subscribers. If you’re curious about how in-demand this new, permanent location will be, know that the restaurant’s previous pop-up concept would sell out immediately when subscribers were notified of new events. Previous pop-ups offered up nine-course set menus that would feed two to three people and featured tasty and exclusive dishes, from maple tofu to beef dumplings.

The team behind Sunny’s stopped doing pop-ups in September of 2021, just weeks before opening up the more upscale MIMI Chinese. They brought Sunny’s back for a limited edition pop-up in January, the perfect teaser for the upcoming opening of their Kensington restaurant.

Known as the funky downtown cousin to MIMI Chinese, Sunny’s is inspired by high energy dining cultures found throughout China. From Shaokao spots in Chengdu and Xi’An to Dai Pai Dongs in Hong Kong, the menu at Sunny’s draws from regional traditions to create an experience that’s casual and playful. Diners can expect an extensive natural wine list and ingredient-driven dishes off the charcoal grill or fresh out of the wok.

There will also be a wide selection of baijiu, (a popular liquor that’s hard to find in Canada), distilled from fermented sorghum.

Reservations open this Friday, Aug. 5 at 11 a.m. and tables can also be booked directly through the restaurant’s website. Sunny’s is holding space for some walk-ins, but due to the anticipated opening, reservations are recommended.