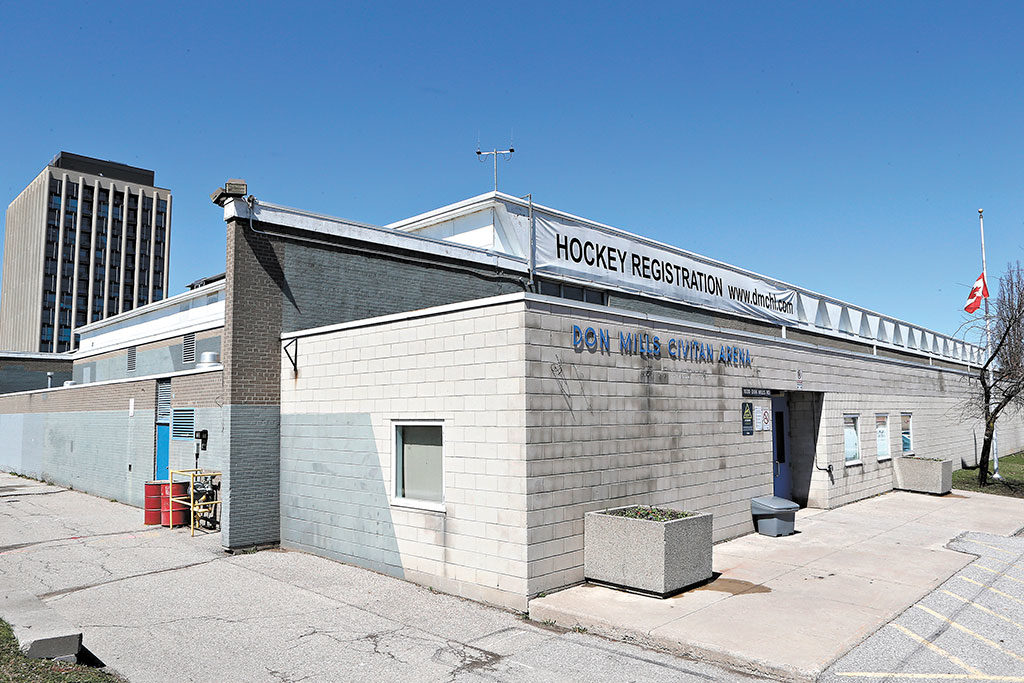 It is somewhat odd that city staff has decided to put a centre for the homeless in the middle of Don Mills.

The Civitan Ice Rink on Don Mills Road, just south of Lawrence, will be the location of this temporary facility. It will close down in September so hockey can continue there. Some 120 cots will be placed on the ice pad, much like a small refugee camp.

Toronto has not been up to the challenge of the severe demand for affordable housing for the homeless. Shelters provide for almost 5,000 homeless people every night, but they have been so crowded that staff have been told by the politicians to find more spaces for people to sleep indoors.

A new facility was created this spring on Davenport just south of Dupont in the midst of the Annex, a site that was welcomed by nearby neighbours Margaret Atwood and former governor general Adrienne Clarkson, but that has now been shuttered for the summer to permit renovations. The shelter in the CNE’s Better Living Centre is  also closed for renos, hence the need for city staff to find other space.

Staff makes the odd argument that homeless people will be given transit fare to take the subway to the Pape station, then take a bus to Don Mills, a good 45-minute trip from the downtown. It’s fair to say many of those who are homeless will decide instead to sleep rough in downtown parks and ravines during the summer rather than take this journey.

There are not a lot of homeless people in the Don Mills area right now, mostly because the services they rely on — soup kitchens offering free meals, hospitals, churches, public indoor spaces to hang out in such as Union Station, libraries and so forth —don’t exist in Don Mills.

But with the Civitan Ice Rink, city staff has identified a place for the homeless to sleep, thus satisfying Toronto City Council’s demand to find more spaces. I suspect the place is so out of the way it will be hardly used.

There are more than 100 shelters, adult drop-in centres and Out of the Cold programs offered in Toronto, but none of them are in or close to Don Mills. It is not that Don Mills has prevented shelters from locating there — the demand is simply not there.

People in Don Mills are as caring as people in the rest of the city, and I have no doubt that many residents will reach out to provide volunteer assistance to any homeless people who show up at the shelter this summer.

Those who say that those Don Mills residents questioning this staff decision are expressing a “not in my backyard” (NIMBY) reaction are wrong: criticizing the decision is fair comment about how a strange location was chosen to meet a serious social need.

The larger issue is that the mayor and city council have done almost nothing to address the need to permanently house the homeless. Shelters work for a few nights for some individuals, but those who have literally nowhere else to live need permanent places to call home. The homelessness issue has been with us for two decades; it is not a new issue. Council should be putting money and procedures in place to ensure that needed housing happens.

But instead, council has hoped the homelessness problem will just fade away, hence the band-aid approach of providing another shelter with cots. The federal government announced a national housing strategy almost a year ago, offering great bundles of money for affordable housing, but city council has yet to start even drafting a strategy about how that money might be used in our city.

It would be terrific if putting this shelter in Don Mills managed to propel the issue of homelessness into the current provincial election campaign and into the city’s election campaign for October. But that’s as much wishful thinking as city hall staff expecting the homeless to trek up to Don Mills to get a night’s sleep on an army cot in an ice rink.

If it weren’t touching on such a dire social issue, one would call this whole initiative funny.