Strength in community - Streets Of Toronto
Skip to content 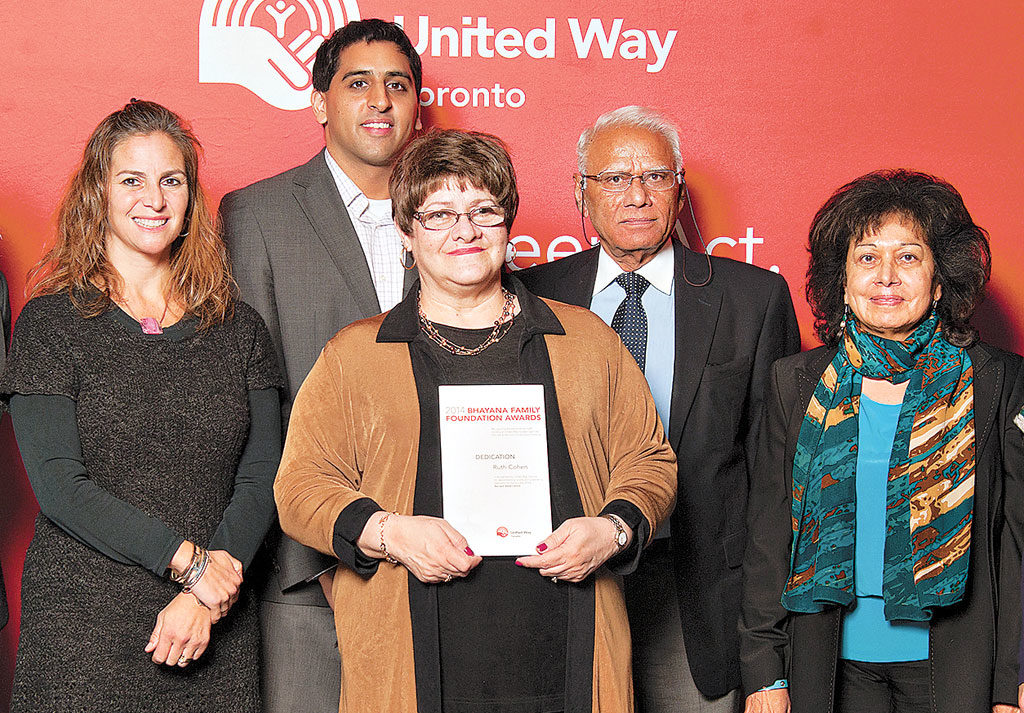 Community, suggests Ruth Cohen, is good medicine — maybe the best. And keeping people engaged, especially those most at risk of being cast aside from that community, is what keeps the whole intact and healthy.

In essence, that’s what earned her an enthusiastic nomination for the Bhayana Family Foundation Award from United Way. It might go without saying that it’s also what earned her the win.

Raised in Montreal, Cohen has been a tireless advocate for the elderly, something that’s garnered her a great deal of recognition through her work at the Bernard Betel Centre on Steeles Avenue West.

“Being in the service industry,” she said, laughing a bit at her own use of the words “service industry” to describe a life of service to others, “whether you’re serving seniors or teens or families, you’re not in it for the money.”

What she wants to do, and seems to have done pretty well so far, is ensure that the elderly — often left on society’s fringes — get not just the care they deserve, but a sense of worth and active engagement in the world. Her philosophy of care through engagement is stunning in its simplicity, too. For example: “I’ve started a French conversation club,” she said. Cohen described cross-cultural gatherings — Iranian, Russian, Ukrainian — all together for one purpose: to speak French in each other’s company. The benefit of simply coming together and being engaged in a common community purpose like sharing a language, she said, makes a remarkable difference in lives.

Now a respected community leader and the head of recreation, education and special events at the Betel Centre, Cohen has been at the centre of it all, she said, working to create a dynamic, enriching atmosphere for the organization’s seniors.

“The whole thing is about empowering seniors,” she added. “Because we’re all going to be there one day, right?”