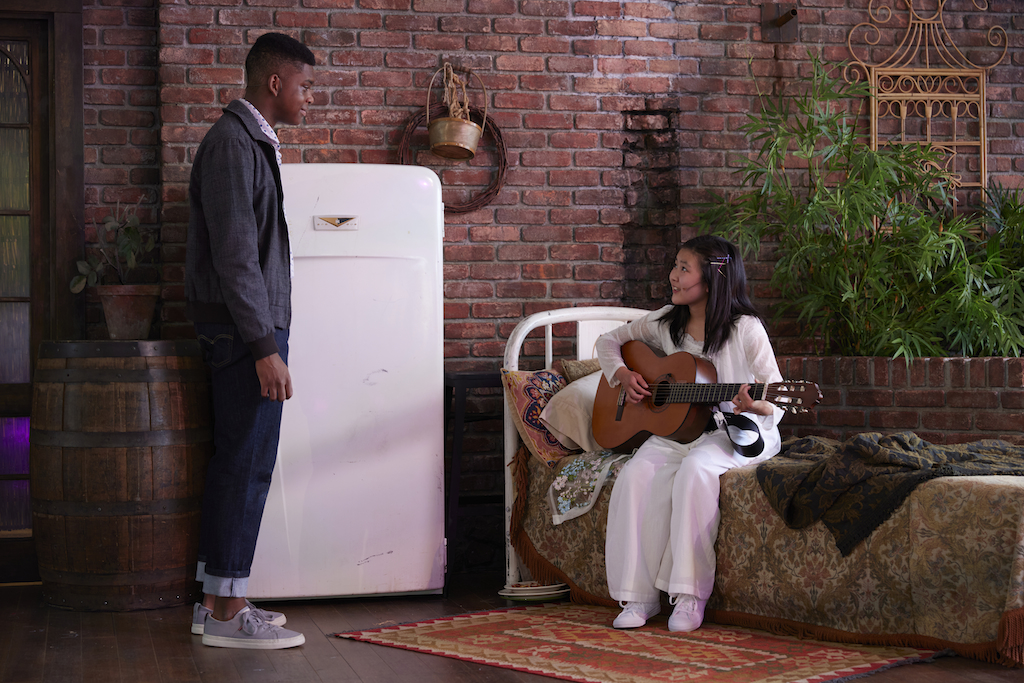 The Stratford Festival began in 1953 when Alec Guinness spoke the first words of Shakespeare’s Richard III  inside a giant tent erected at the side of the Avon River. Now, 68 years later, the pandemic has forced the Stratford Festival to return to its roots, and it has proven to be a delightful experience for patrons.

The town is as charming as always, the restaurants, thanks to the nearby chef’s school, just as delicious. And the swans? They still line the river banks. All of which combine for a fantastic summer or fall road trip for a day or weekend.

The festival has been forced to close its three indoor theatres including the gorgeous and newly built Tom Patterson Theatre due to the COVID-19 pandemic. But, with canopy tents in place, the largest classical repertory theatre festival in North America has returned with a program that is limited in size but voluminous in creativity.

For instance, when we headed down Hwy. 401 for a day at Stratford, we had the opportunity to take in the new production R&J adapted for the small stage by Toronto’s Ravi Jain, who is also the director.

The adaptation has the play unfold through a series of flashbacks by Friar, who, one might recall, was the one who was inadvertently responsible for the whole tragedy in the first place.

For this play — a co-production with Toronto’s Why Not Theatre — the Friar is portrayed by blind actor Alex Blumer. Indeed, the entire play is constructed and performed to be accessible to those who are blind or have low vision.

For instance, at the beginning of the play characters introduce themselves to the audience, describe how they look and what they will be wearing. There are also scene cues throughout the play. It is an addition to the production that is appreciated and enjoyed by all.

The small company performing the work includes some of Stratford’s best veteran actors in Tom Rooney who plays Nurse and Rick Roberts who plays Capulet. Rooney is fantastic as Nurse, adding a few well-placed comic asides and turning in an overall warm and inviting performance. Roberts as Capulet didn’t have a large role but sent shivers through the audience upon his attack of young Juliet who dares to not follow through with the family’s plan for her arranged marriage.

But, of course, the play lives and dies with the performances of Romeo and Juliet. And, here is another interesting turn we don’t find often: age-appropriate casting. As we know, way back when, they married ‘em young. And, in the play, Juliet is just 14 years old. Creepy. But, Jain, always as honest and open a director as possible, casts young Eponine Lee in the lead role.

The Toronto actor is a Grade 8 student and a real charmer with a wonderful singing voice, as evidenced by the two songs she performs in part.

Romeo is portrayed by the older and equally charming and enthusiastic Dante Jemmott.

The use of actors the same age as the characters in the play is not often done. Anyone who has seen film versions or other stage versions of the play will attest. In our society, it’s illegal for a 14-year-old to even have sex.

So, it adds a little edge to the work in that way, and it constrains some of the romantic sides. It’s all through the words and the looks and gestures, nothing more. In this way, it is true. But, it’s atypical. There are no kisses or anything else for that matter.

The play is full of surprises and they are all good. But the root remains Shakespeare’s romantic language and some of the most beloved lines and scenes in the Bard’s canon. And, in this respect, Jain holds true and focuses energy on the go-to scenes that matter.

R&J, which runs until Sept. 26, clocks in at just over 70 minutes with no intermission and it leaves audiences content that they’ve witnessed not only one of the most classic and popular Shakespearean works, but also something new and entirely different.

The second work currently running at Stratford is the Freedom Cabaret, a songbook helmed by the also amazing Beau Dixon. This concert offers a history of Black music and is performed by some incredibly talented people in Dixon, alongside singers Robert Ball, Alana Bridgewater and Camille Eanga-Selenge backed by a sharp house band.

Dixon and company weave a powerful story of the influence of Black music evoking the power of song as a tool in the struggle for freedom in the past and the present. It’s a moving experience.

Freedom Cabaret as well as this interpretation of Romeo and Juliet are both productions that could and should draw in younger audiences than the typical Stratford patrons.

These productions teach, they don’t just entertain. And there are valuable lessons to be learned.

Once the shows are complete, be sure to check out the town and dine in one of the many fantastic restaurants.

For instance, on the main street, Mercer Hall offers up a modern bistro-style menu with an Asian influence and a fantastic selection of craft beers.

The Common is a delightful bistro with an interior that is colourful and comfortable, a perfect match to the globally influenced comfort food menu.

The town also has a picnicking program that allows for local restaurants and takeout food shops to sell alcohol with picnic packages that can be consumed outdoors along the Avon River in designated areas. We suggest picking up a basket between shows and heading to tiny Tom Patterson Island, which is located in the Avon River just opposite the Festival Theatre.

The important thing is to not rush home. Stratford has many charms; stay awhile and enjoy the slower pace, the smiling faces and the delicious food.