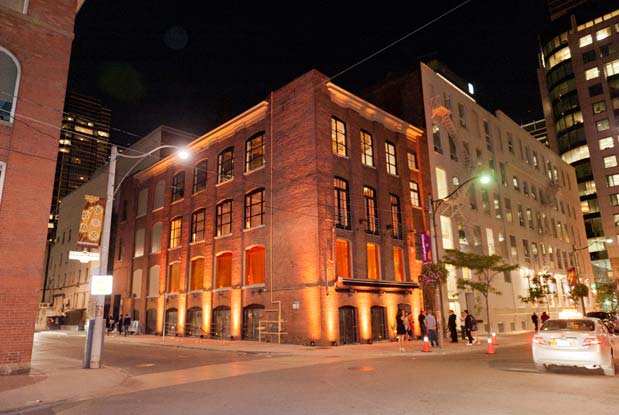 Restaurateur Hanif Harji and chef Stuart Cameron are hosting a three-day pop-up restaurant “to get people excited about Spanish food and wine,” Harji tells us. The pop-up is taking place at Storys, a four-storey entertainment venue that will soon house a restaurant and a cocktail bar.

The pop-up will serve an à la carte selection of around 30 tapas such as Spanish octopus, traditional ham croquettes or jamón Ibérico de Bellota — made from acorn-fed pigs — which is some of the most expensive cured ham in the world. Tapas are expected to range from $2 to $10. Libations will focus on Spanish wines and beers, along with a selection of cocktails by mixologist Elan Marks.

Some of the food on offer could find itself on the menu at Patria, an upcoming Spanish eatery by Harji and his business partner, nightclub magnate Charles Khabouth. The duo has another eatery in the works too: Weslodge Saloon, which will apparently serve “modern saloon fare.” Chef Cameron (ex-Kultura and Nyood) will act as executive chef for all the new venues. Weslodge Saloon is slated to open in June of this year, while Patria is set to open about a month later. The restaurants will be adjacent to each other in the same building at 480 King Street West.

As for the pop-up, seating works on a first-come-first-serve basis, so get in early.