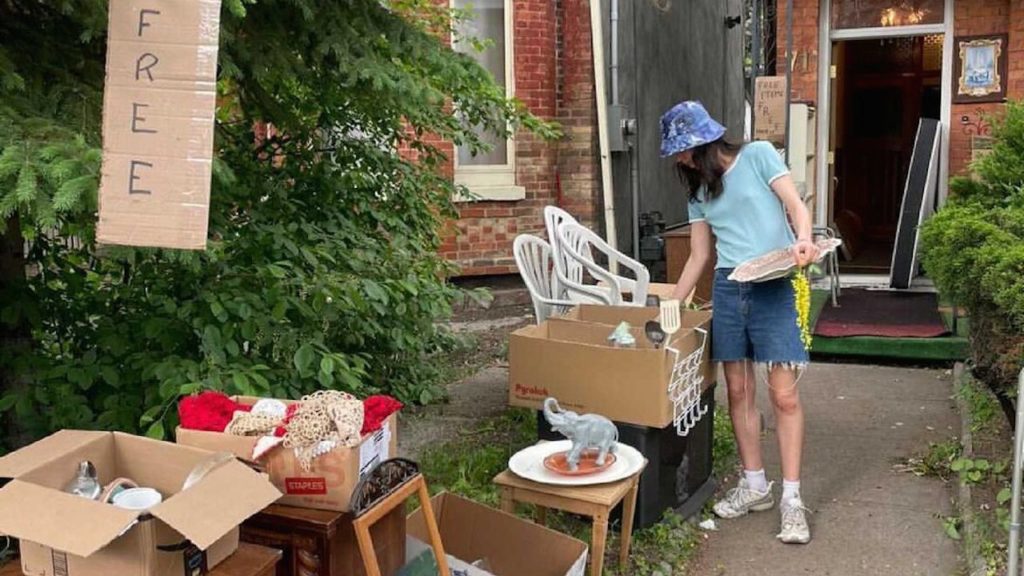 You know what they say – one man’s trash is another man’s treasure. Toronto Instagram account Stooping Toronto is taking that to the next level, sharing photos of free curb finds across the city for you to furnish your home with.

The popular submissions-based Instagram page with 25,000 followers has been up and running since December of 2020. Torontonians send in photos with address so that fellow stoopers can rush to the find. Other people’s trash may become the perfect missing piece of furniture in another person’s Toronto abode. The page also shares success photos so that followers can see what the respective finds look like in their new homes.

The two admins behind the Instagram account started the Stooping Toronto page during the pandemic, and have silently watched it take off since. Streets of Toronto spoke with the founders about why Stooping Toronto started and their best advice for thrifty Torontonians on furnishing your apartment for free. Quotes will be attributed to both admins out of a request for anonymity.

The pair say that when the pandemic started, they were living in a small apartment. “We were going on a lot of walks and we saw a lot of stuff that was being thrown out. It was a little sad that a lot of it was just going to the landfill when people could use it,” they say.

They drew inspiration from Stooping NYC, a New York version of the account that was started in 2019. “We tried to see if there was one for Toronto, and there wasn’t. We messaged the stooping New York account and talked to them a little about it. Then we decided to start one here.”


According to Stooping Toronto, when they spoke to the Stooping NYC admins, one of them shared that they were originally from Toronto, and they were excited about one being started here.

Since opening the account, the admins say they’ve received “a lot of positive response.”

“We get a lot of messages from people who are excited about their finds. I think we’ve built a strong community. People submit a lot of #stoopingsuccess stories with images of how they’ve integrated their stooping find into their home. Or people share how they transported their find – like someone took a couch on the subway and there was an article about that,” they say.


Stooping Toronto says many of the people who send items do so while they’re walking their dogs, and their followers range from ages 20 to 50. “We don’t really see a lot of teenagers,” they say.

When it comes to styling your finds, the pair say to decide what theme you want in mind. “There’s a lot of Instagram accounts for interior design inspiration, as well as Pinterest as a good source. Some of our followers are very good at recognizing the quality of an item and whether it’s designer,” they say. “Tiny details might indicate that a piece is made of quality materials.”

Once you identify the item online, they say, you’ll likely find associated photos of that furniture item in a space, and you can use those photos for inspiration.

Read below for the admins’ top tips for stooping in Toronto.