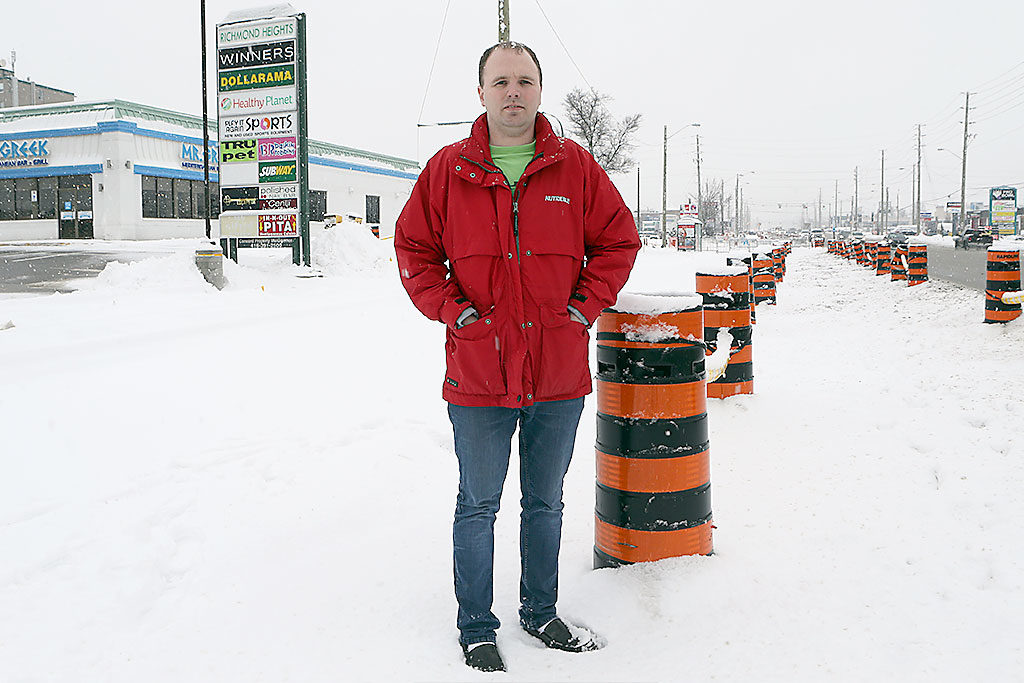 Some Richmond Hill businesses adversely affected by the construction of the Viva bus rapid transit project are taking advantage of a new initiative meant to help them lower their advertising costs, but some find it’s still a struggle to attract customers.

This January, Richmond Hill offered businesses along the construction corridor an exemption from the $125 application fee for the mobile sign permit. Businesses along Yonge Street from Highway 7 to Major Mackenzie Drive, and from Levendale Road to Gamble Road are eligible for the waiver.

Michael Taggart is the owner of Tru Pet in the Richmond Heights plaza. He said the road in front of his business is currently blocked off due to construction. He has noticed a 10 per cent drop in foot traffic.

Taggart had used mobile signs to advertise his business prior to construction starting, but recent concerns about sign visibility have prevented him from doing so. But visibility may not be as big a problem for much longer.

“[The construction company is] cleaning it up a little bit in front of our plaza,” said Taggart. “They hope to move their staging area … at least the signs will be more visible, so it is something I do plan on taking advantage of.”

Karen Mortfield, executive director at the Richmond Hill Board of Trade, said after several businesses approached her about the issue, town staff recognized that the fee waiver could quickly help businesses in the area.

Tammy Scott is the owner of FlowerSmart in the Richmond Heights plaza. She has noticed a dramatic decline in her walk-in traffic since construction started. She won’t be taking advantage of the mobile sign waiver, however.

“You still need to pay for the sign,” Scott pointed out. “There’s probably nowhere where it can visually go in front of this plaza.  It’s such a disaster out there.”

Scott adds that a previous promotional campaign by Viva to support plaza businesses failed to have a positive effect on her shop.

“Everyone’s trying, but there’s only so much you can do when people don’t want to get in their car and drive down Yonge Street because it’s such a mess,” said Scott.

Taggart hopes that both Viva and Richmond Hill further support businesses impacted by the construction by offering them discounts on other forms of advertising.

“I do appreciate the cost savings,” says Taggart. “I always think there is more that could be done.”