Spaghetti rock: the return of Patrick Watson - Streets Of Toronto
Skip to content 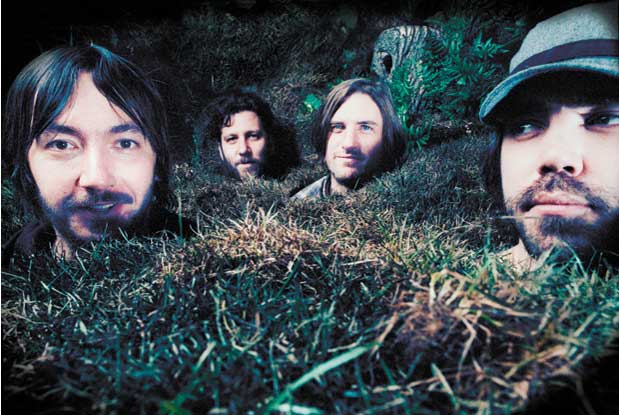 Canadian singer-songwriter Patrick Watson has a few stories from the road. One that particularly influenced his band’s latest album took place in the Grand Canyon. The boys from Montreal were at a gas station when a man hopped out of a Jeep and asked if they were aliens. After a 20-minute roadside sermon straight out of a Coen brothers movie, the band got back in the car and drove off — only to be greeted along the highway by a man dressed in black, with gun holsters, standing in the middle of the road. The soundtrack for the proceedings was none other than spaghetti western king Ennio Morricone.

“All of us had that moment where it was just the right music at the right spot at the time,” says Watson. “It was so perfect, we knew that day had to make its way onto the album somehow.”

The album in question, the band’s fourth, is Adventures in Your Own Backyard. It’s Patrick Watson’s “humble” album, according to the press materials, and one that was recorded with the band in Watson’s Montreal apartment.

Humble? Although Watson is certainly modest, the album is very ambitious, strikingly beautiful and definitely not the work of someone looking to tone it down.

“In my opinion, it is not simpler, but it goes together much better; you don’t see the seams,” says Watson. “We still use interesting instruments [he played a bicycle, among other things, on 2009’s Wooden Arms] and sound, but the arrangements are really well sewn together.”

But changing up the studio environment did allow the band (made up of Watson along with Simon Angell, Robbie Kuster and Mishka Stein) to take the time needed to make the record they wanted to make.

“We took the time and said we were not going to put something out until we got 12 or 13 songs that give us goose bumps,” Watson explains. “We were content to wait it out until we got those, and it was the right move. With Wooden Arms, we had one week to record it, and it was a lot more difficult to get that final product in a peaceful manner.”

“We ended up selling the place out, likely because of curiosity over the place, which ended up being this beautiful, 100-year-old vaudeville theatre,” Watson explains. “[The band] ended up being called ‘Patrick Watson’ in the beginning, so we got stuck with my name despite being very much a band atmosphere. It’s been a bit of an accidental road.”

The band has released four studio albums, including 2006’s Close to Paradise, which garnered them the Polaris Prize as well as a Juno Award nomination for New Artist of the Year. Wooden Arms, released in 2009, was also a finalist for the Polaris Prize.

Patrick Watson plays the Danforth Music Hall on May 29, 8 p.m.