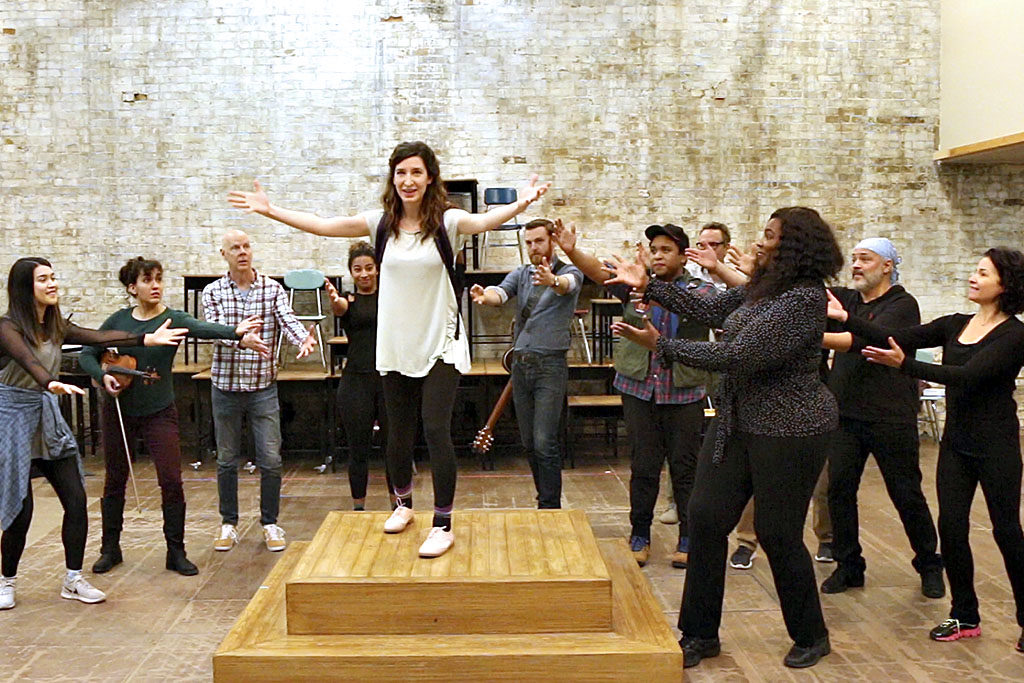 This month, Soulpepper Theatre offers Rose to the city, the company’s first full-blown musical in its history. And it is shaping up to be something special.

The production first saw the light of day four years ago when Soulpepper’s Sarah Wilson pitched an idea to director of music Mike Ross: a piece based on the beloved writer Gertrude Stein children’s story “The World Is Round” and its determined main character Rose.

“Once we started to write, the scope of piece started to grow,” says Ross. “Times have been changing in wonderful ways the past couple years, and suddenly the idea of telling a story of nine-year-old girl trying to find place in this world and refusing to let others tell her who she is became kind of important.”

Over the past two years, Rose: A New Musical was workshopped a few times, and a clearer picture of the story and songs came into focus.

The creative team behind the production, Ross and Wilson, were also responsible for Soulpepper’s resounding hit Spoon River. That means expectations are high — so much so that the show has already been extended before it has opened.

“[It’s a] Testament to people trusting the music program that’s been happening here over the last couple years,” says Ross.

“People are willing to jump into new waters with a little bit of trust because of that.”

“I’ll be standing up there trying to expose my heart as much as I can, and I’m hoping everyone will take a little piece.”

The lead role in the production is played by adult Hailey Gillis.

“I have spent a lot of time with this beautiful little girl, and I feel like I’ve grown with her as she has been moulding herself into full character,” says Gillis.

“I’ve met with a lot of nine-year-olds in researching, and they are way cooler than I am. They are so sure, and Rose is like this. She’s so sure about what she’s unsure about. She feels all the injustices of a confusing world as the blinders of childhood open up a bit.”

Rose is set in the mountain town of Somewhere. The nine-year-old is very concerned about the world around her, and she expresses her concern through song. But when she sings, she often cries. The main character’s endearing empathy makes this an inspiring story about a search for self-identity.

Gillis hopes everyone who comes to the show will leave with a little bit of magic all their own.

“I’ll be standing up there trying to expose my heart as much as I can, and I’m hoping everyone will take a little piece — that they’ll pick up what I’m putting down.”