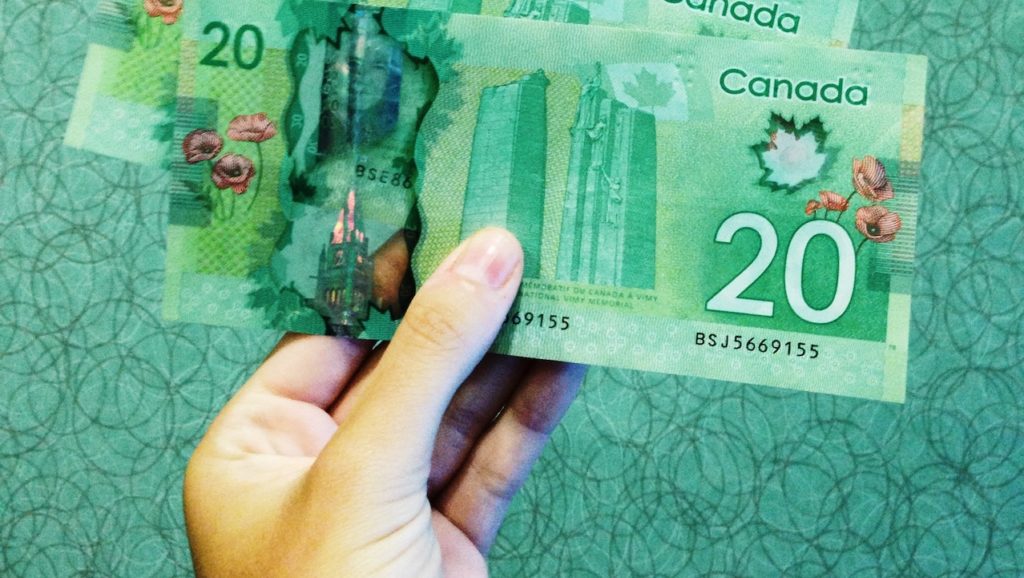 A Reddit user recently took to the platform to warn others about an experience at a convenience store in Toronto after they received money that appeared to be comprised of counterfeit $5 and $10 bills.

In the post, the user states that they didn’t think it was the fault of the convenience store owners, and consulted a friend who does cash business to get their take.

The friend confirmed that they too have come across counterfeit money in recent weeks, mostly in small denominations like fives or tens and that it made sense “that they would go for the smaller denominations in order to avoid scrutiny.”

Comments flooded in from other Reddit users who claimed fake coins,  are also commonly spotted around the city.

“We’re also completely flooded with fake toonies,” said the user.  “If you have a handful of change kicking around (change jar at home, your purse or wallet, or your coffee fund in your car etc) you’re almost guaranteed to have some counterfeit toonies.”

Another user recounted a time they sold a PS3 on Kijiji and received the $240 in entirely fake $20 bills. They hadn’t noticed, claiming the stack of bills just looked like a “fresh stack of Twenty’s out of a green machine.”

According to the Bank of Canada, spotting fake money can be easy if you know what to look for. Ink will flake off of the bill on fake money and often key graphic details will be missing, like the holographic images and changing colours of the eagle feathers on a $10.

So, what can you do if you suspect you are being given fake money? Bank of Canada has provided some helpful ways to deal with suspicious money both during and after a transaction:

If you suspect that you’re being offered a counterfeit note, assess the situation to ensure that you are not at risk. Then, do the following:

If you suspect that you’ve received a counterfeit note, give it to the local police.