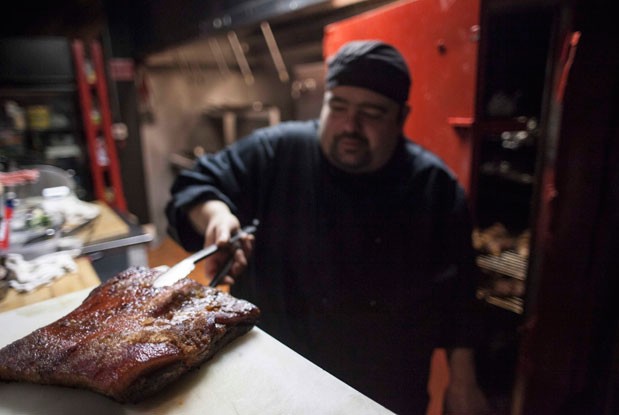 Harbord Street’s Smoke BBQ House opened just a few months ago, but already some major changes are afoot. Chef Tony Gallippi has taken over ownership of the restaurant, and he has changed its name to Smoke Bourbon Bar-B-Q House.

The restaurant’s previous owner, Francesco Grandi, has gone his own way. Apparently, he wants to continue the Smoke BBQ House brand at another location, though we weren’t immediately able to get in touch with him to confirm.

The restaurant recently closed for a few days for some minor renovations (it now has chairs as opposed to backless stools), prompting some speculation that it had closed down for good. Gallippi tells us that the restaurant will be open as normal starting tonight, and that he plans to introduce new items to the menu soon, including beef ribs, more seafood and a selection of vegetarian items.

Gallippi says that a grand opening for the rebranded restaurant will take place within the next few weeks.