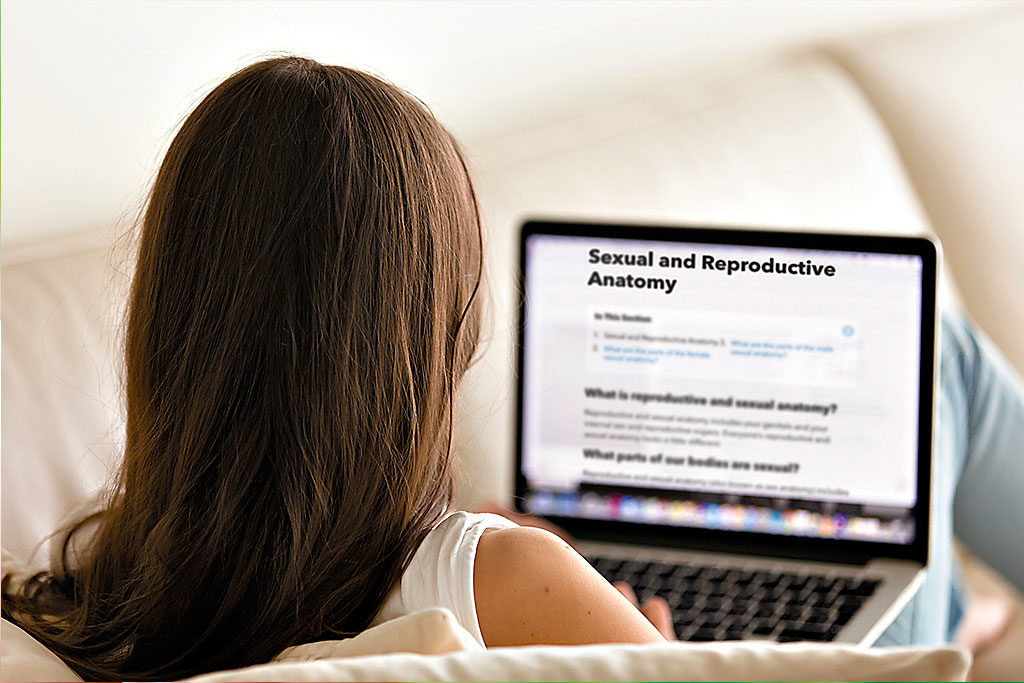 As the debate over school-based sex education continues across the city (and beyond), parents on both sides of the aisle question whether their kids may, in fact, know more than they do about sex. Most people are familiar with the basics, but if your formal sex education stopped when you graduated, an update is likely well overdue.

First and foremost, you ought to be familiar with the anatomy involved in sexual pleasure. Obviously you’re aware of the general genitalia, but do you really know the vulva, clitoris, G-spot, frenulum and prostate?

The vulva is comprised of everything on the outside, including the outer and inner lips, clitoral head and hood, vestibule and pubic mound. It’s essential to pleasure because many women reach orgasm from rubbing and grinding on the outside, which stimulates the inner bulbs, shaft and legs of the clitoris on the inside.

Speaking of the clitoris, this orgasmic powerhouse is more than just a tiny nodule at the top of where the lips meet on the outside. That little pearl-like structure, which is often referred to as the clitoris is actually only its head. Beneath the surface, it also has two legs, bulbs, foreskin and a shaft which becomes erect when aroused. If it sounds to you an awful lot like the penis, you’re onto something.

As for the G-spot, this is an area comprised of sensitive nerve pathways and tissues that can be stimulated through the upper vaginal wall (toward the stomach), but it’s not located inside the vagina. It is believed to communicate with the brain via the vagus nerve, which is why it’s associated with full-body orgasms and female ejaculation.

The prostate in men is often compared to the female G-spot and is located between the bladder and the pelvic floor against the front wall of the anus (also toward the stomach). Composed of smooth muscle fibres and tissue, it produces fluid that helps to carry and sustain sperm and is a source of orgasmic pleasure for those in the know. The frenulum, a little notch of tissue located on the underside of the penis where the head meets the shaft (and connects the foreskin if uncircumcised) is also highly responsive to light touch and a source of intense pleasure for many.

Beyond anatomy, all adults should be aware of sexually transmitted infection (STI) risk, as transmission rates are on the rise, and safer sex practices decline with age. If you’re sexually active, safer sex practices include regular testing (bear in mind that monogamous couples have the same STI rates as those who are non-monogamous), the use of barrier methods (e.g., condoms and dental dams) and a good quality lubricant.

Once you’ve covered the anatomical and safer sex basics, it’s time to move on to the science of pleasure and orgasm. You likely learned about ejaculation when you were younger, but did you know that orgasm and ejaculation can be distinct processes?

Before and during orgasm, the brain responds with multiple activations resulting in the release of dopamine, endorphins, oxytocin and vasopressin. The body responds with increases in blood pressure, heart rate and muscular contractions culminating in a pleasurable sense of release referred to as an orgasm. Ejaculation refers to fluid expulsion via spinal reflex, and though orgasm and ejaculation often occur together (especially in men), they are sometimes experienced separately — both purposely and incidentally.

You don’t need to memorize the details, but the understanding that sex is both an emotional and physical experience can help you tailor your approach to make it more satisfying. Fantasizing, building anticipation, talking about sex and exploring taboos can feed the sexual brain while slowing down, touching the entire body and toning your pelvic floor can intensify the physical experience.

The discrepancy between orgasm rates for straight and lesbian women suggests that to close the gender-based orgasm gap, straight couples ought to reconsider which approaches, techniques and sex acts prioritize reciprocal pleasure.

Finally, adult sex education must also address a key relational and subjective element of sex: playfulness. Remember your younger days when you snuck around to find a place to make out? The furtive and subversive nature of the process likely enhanced the thrill. As we age, however, we tend to bemoan that which once thrilled us. Rather than delighting in the need to sneak around, we use the fear of waking our kids as an excuse to avoid sex (and intimacy) altogether. You can choose to appreciate your sexual freedoms, prioritize sex and inject playfulness into your daily routines, or you can opt to make excuses for not doing so. It’s ultimately your sexual loss or gain.