Sewell: Tory should win this election, but is that a good thing for Toronto? - Streets Of Toronto
Skip to content 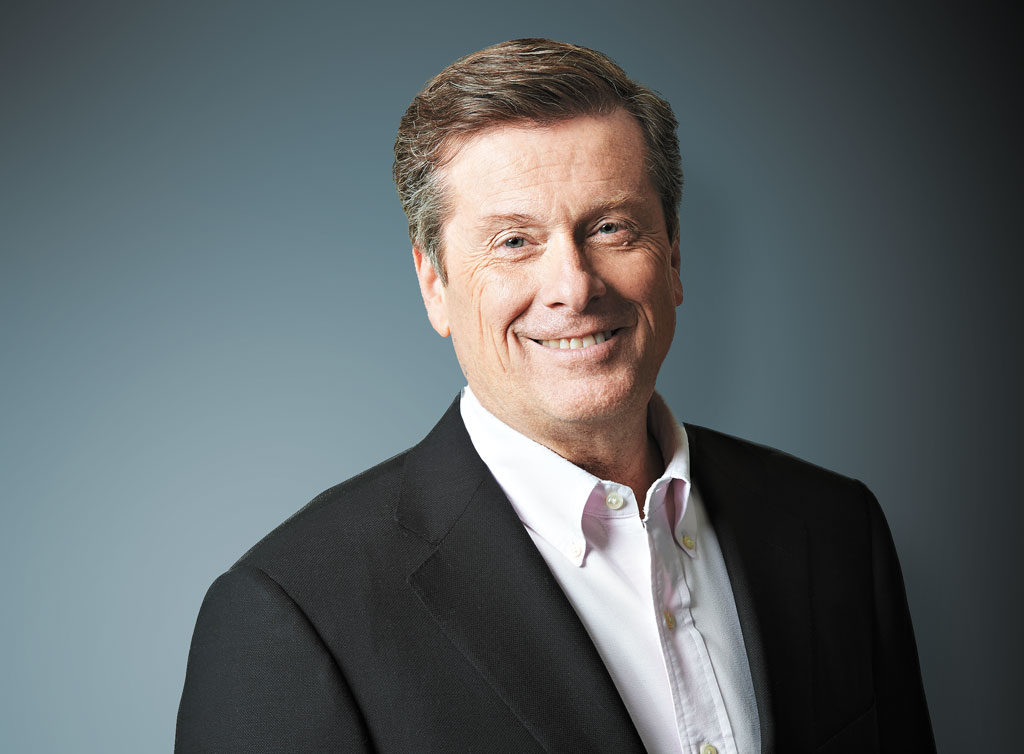 Assuming there are no major new bumps in the road, John Tory will be the next mayor of Toronto. One might say it’s foolhardy to make such a prediction after two major candidates dropped out of the race, after Rob Ford was hospitalized and his brother Doug took his place in the mayor’s race, and knowing Tory’s critical mistakes in past elections, but nevertheless, that’s my assessment: John Tory will take the vote.

What makes his candidacy so powerful is the alignment of political forces. As a former leader of the Ontario Progressive Conservative Party, and as a “Red” Tory with the same social values as Bill Davis (he was Davis’s executive assistant), Tory has a solid grip on that faction of the political landscape. He does not register highly with right wing Conservatives who admire Stephen Harper’s leadership, but Harper is not popular in Toronto.

Tied to that is his support by leaders in the Ontario Liberal Party. Former premier David Peterson has been beating the bushes for Tory throughout 2014, and he has corralled the movers and shakers in that party. The many Torontonians who voted for Kathleen Wynne in June are fully aware of that. Put Liberals and Conservatives together behind one candidate and that person is pretty sure to be the winner.

One wishes Tory were a more inspiring candidate. He is competent and friendly, most everyone agrees he is a nice man —all qualities to be welcomed in the next mayor — but he doesn’t differ much on the major issues from Rob Ford. He wants to spend three quarters of a billion dollars to keep the Gardiner Expressway standing rather than $400 million tearing it down and knitting together the lower downtown. He will continue to advocate for an extension to the subway into Scarborough even though light rail transit would provide better service to more people and a saving of more than $1 billion, which could provide other needed transit service.

These are both regressive policy decisions that look to the past rather than to the future, and they use up a lot of the city’s money. Finding enough money to keep the city livable is going to be John Tory’s biggest problem.

Tory says he can be friendly with (rather than hostile to) provincial politicians, but since that level of government has its own financial problems, friendliness won’t produce money. As for the federal government, Harper is not about to throw money at Toronto.

Tory has said he will not increase property taxes beyond the rate of inflation, so there’s no new money from that source.

He could have promised to set property taxes in Toronto at the midpoint of property taxes among the many municipalities within the Greater Toronto Area — a move that would bring the city an extra few hundred million dollars more a year — but he has refused to do that. He has rejected proposals to increase the land transfer tax on expensive houses (as Chow has proposed).

Tory’s plan to fund rapid transit on rail lines by using “tax increment financing,” which means capturing tax increases now from the new development opportunities expected from new transit, is really pie in the sky and not credible.

Tory hopes to find money from administrative savings within the city bureaucracy (Ford tried that, too), but the source has been bled dry. City departments such as the planning department or parks and recreation need more money and staffing, not less, if they are to provide the kind of good service the city needs.

There are significant savings to be had in the police department — David Soknacki thought $65 million a year could be saved by getting rid of the shift schedule that pays officers for working 28 hours in every 24-hour period — but Tory has rejected that change and has shown no interest in ending the requirement that there be two officers in every police car after dark, another promising way to save money.

Maybe he will surprise us all and change once he’s mayor and seek new revenue sources to give the city the money it needs to fix the stock of affordable housing, begin building the transit that’s needed and create new affordable housing. That’s wildly optimistic: once elected, candidates rarely expand their outlook; they mostly contract their promises.