7 great Toronto shows to check out this month filled with illusions, made-up holidays and sauce, lots of sauce - Streets Of Toronto
Skip to content 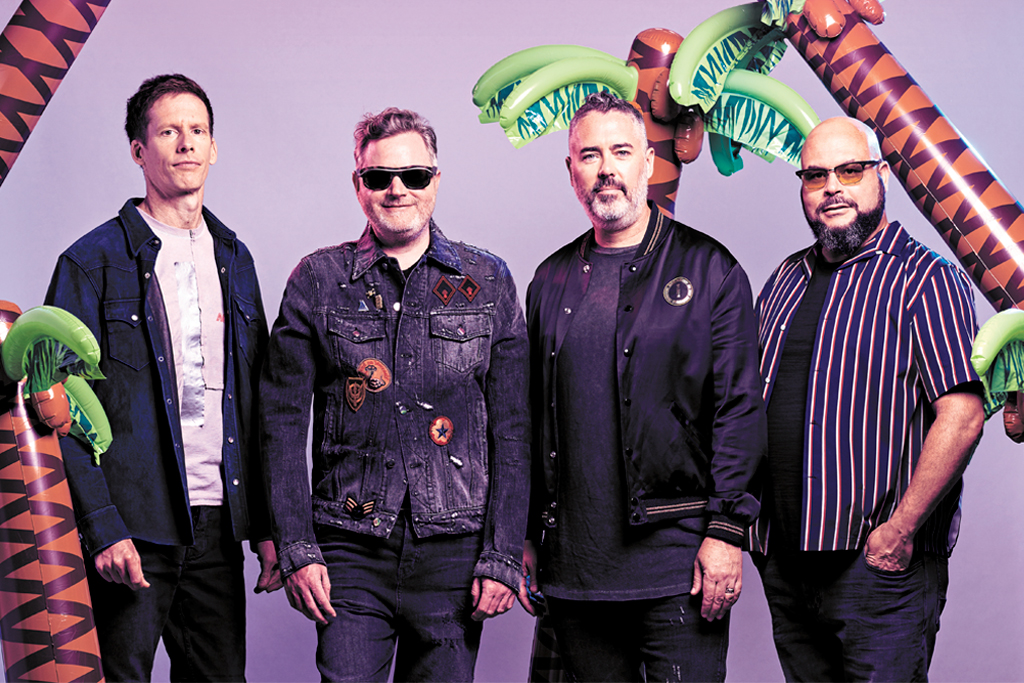 We might not be returning to concerts, theatre or other shows anytime soon, but that doesn’t mean we can’t get our cultural fix in Toronto. Herewith, a selection of seven shows happening online and, possibly, in-person in December.

Illusions, just what we need

The Lighthouse Immersive team behind the popular Van Gogh exhibit has announced a new production dubbed Illusionarium, which is set to open on Dec. 21.

The exhibit, which will run alongside Van Gogh, is said to feature life-size holograms, 3D projections, floor-to-ceiling production design, vanguard special effects within a 300,000-square-foot space and live magicians.

The Lighthouse team has combined forces with British magician Jamie Allen (iMagician) for the experimental exhibit that, according to a press release, “blends Jamie’s encyclopedic knowledge of the history of magic with state-of-the-art technology, bringing the illusions of the past into the 21st century.”

The Illusionarium will consist of four magical rooms representing different eras beginning with the 17th century.

“Illusionarium was in many ways born of my own lifelong love of magic as well as from the circumstances of the pandemic,” says co-producer Corey Ross, Lighthouse Immersive.

“Illusionarium is completely unique in seamlessly blending technology and practical magic. I have been combining magic and technology since I was a boy, but this takes that passion to a whole new level,” says Allan, the magician and creator. “I am so thrilled to debut this new experiential work in Toronto. It is a great launchpad for new productions, and the community of talented performers is so impressive.”

The installation will occupy the third gallery space in a historic building that was once home to the Toronto Star printing presses and will run alongside Immersive Van Gogh and Gogh By Car on the first two floors.

For more information, go to Illusionarium.ca.

Opera Atelier will be live streaming the world premiere of the new work: Something Rich & Strange. The opera is based on a famous quote from Shakespeare’s The Tempest.

The production features some of Canada’s finest artists and is scheduled for Dec. 12 at 7 p.m.

The fully staged production will be live-streamed from Koerner Hall at the Telus Centre for Performance and Learning.

“The COVID-19 protocols Opera Atelier has been working under have acted as a genuine catalyst for creation — pushing us in new directions we would have never otherwise dreamed of. Something Rich & Strange promises to live up to its title, by featuring Baroque arias and dances exploring the themes of sleep, visions and dreams,” says Opera Atelier co-artistic director Marshall Pynkoski.

Something Rich & Strange will include music by Handel, Lully, Locke and Purcell, plus a new creation by Edwin Huizinga for soprano Measha Brueggergosman.

For more information, go to OperaAtelier.com.

“Shondi Festoon is the world’s oldest holiday (not really), yet it is celebrated by only a small number of people. We hope to change that with our yearly Shondi concerts. Onward (and online) to Shondi 3,” says band member Steve Hamelin.

Shondi Festoon is a fictional, non-denominational holiday that comes with its own unique traditions invented by the band, including “drinking hot beer, dressing as your best friend, placing food cans under the Shondi Tree, decorating your house with Shondi flowers, being good so that the Shondi Clown doesn’t come for you!”

Last year’s Shondi Festoon concert sold out the Danforth Music Hall, as well as another sold out show in Ottawa. Now, that Shondi holiday magic is going global.

For more information, go to BornRuffians.ca.

Toronto’s own Art of Time Ensemble is putting together a unique and virtual evening of live performance dubbed To All a Good Night, featuring song selections from the group’s annual holiday concerts that are “funny, edgy and full of surprises.”

The list of those contributing to the show is impressive and includes the legendary Jackie Richardson, Tom Wilson, David Wall, Jessica Mitchell and Liam Russell backed up by some fantastic players, including Art of Time artistic director and pianist Andrew Burashko.

“To All a Good Night offers us all a chance to share in some of the best — and perhaps most unusual -— music of the season,” Burashko says. “Our holiday show is truly different from the typical Christmas concert: five singers from a broad range of backgrounds perform a program of music from a wide swath of styles. There’s very little holiday schmaltz here. To All A Good Night promises fun, irreverence, warmth and lots of laughs. I hope you’ll join us.”

Highlights include Tom Waits’s “Christmas Card From a Hooker in Minneapolis,” Steve Earle’s “Christmas in Washington” and Tom Lehrer’s “(I’m Spending) Hanukkah in Santa Monica” and much, much more.

To All A Good Night will be available for free streaming at ArtofTimeEnsemble.com.

Barenaked for the holidays

Barenaked Ladies Presents: A Very Virtual Christmas will be similar to the band’s favourite variety shows from holidays past and will feature sketch comedy written by the band, a few special surprises and performances including holiday fan favourites from the popular Barenaked for the Holidays album. Tickets are US$15.

For more information, go to BarenakedLadies.com.

The pandemic is putting the kibosh on so many holiday traditions it’s enough to think we are all dealing with a new lump of coal every day. But today, one of the city’s beloved Christmas music specials announced it would continue the tradition but also go nationwide with a new two-hour broadcast concert. The 16th annual Andy Kim Christmas Special will be broadcast on Citytv and Citytv.com live from the El Mocambo on Dec. 19.

“I was on the verge of having to postpone the 16th year of my Christmas show and was truly bummed out. I kept thinking of all the people who are having a difficult time economically, spiritually and emotionally,” says Kim. “I did not want to abandon the purpose of my yearly show — giving to those in need at this time of year. With the support of Live Nation Canada, Rogers and Air Miles, I am excited to bring the Andy Christmas Special from coast to coast for the first time and hopefully raise an incredible amount of money to very worthy causes through the power of music.”

The concert is shaping up to be an old-school variety show with a strong charitable component. During the broadcast, viewers will be prompted to donate to the concert’s three causes: Crew National, CAMH Gifts of Light and Food Banks Canada.

The broadcast is slated for 8 p.m.

Getting that holiday sauce

On Dec. 12, TO Live and Buddies in Bad Times Theatre are presenting a live stream of Taylor Mac’s Holiday Sauce…Pandemic!.

The show blends elements of music, film, burlesque and “random acts of fabulousness” into a sort of virtual vaudeville production reimagining this time of social distancing just in time for the holidays.

“For Taylor Mac, there is more to the holidays than rampant capitalism and gift-giving. This holiday season will be bittersweet for so many. Holiday Sauce…Pandemic! reminds us of the collective power of our chosen families, a message that is particularly resonant this year, when so many have lost so much.”

For information, go to Tolive.com/holidaysauce.