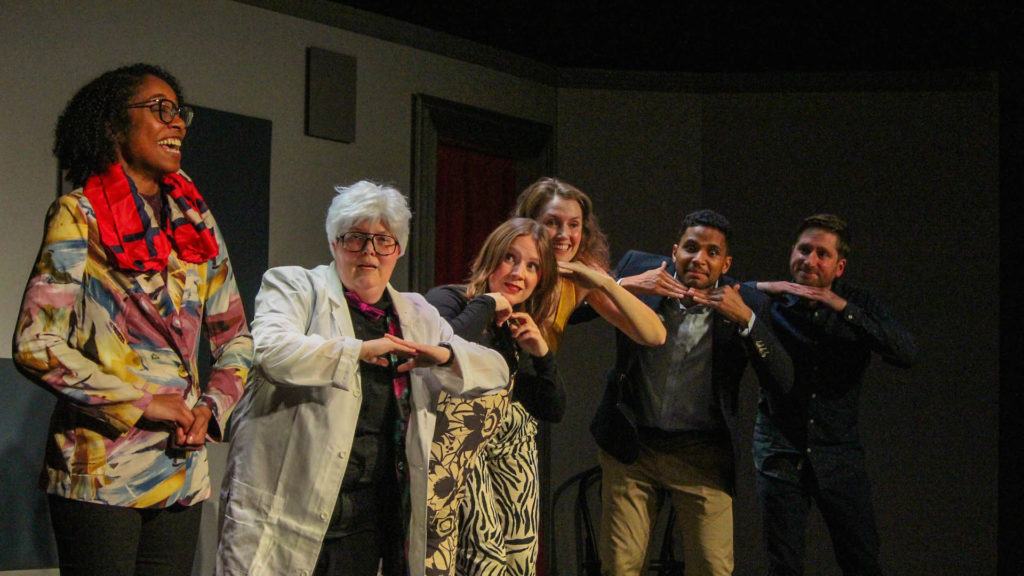 The next Eugene Levy or Mike Myers might be waiting in the wings of a new live theatre that just opened its doors in the city’s east end this weekend.

Second City Toronto is running two new shows out of a temporary home at 2800 Danforth Ave., which is part of the expansion of Comedy Bar. The new theatre will serve as a second outpost for the home of independently produced stand-up, improv, and sketch comedy shows.

The new partnership between two Toronto comedy superpowers will allow for Second City Training Centre classes to resume in six newly-built studios, and the stage will welcome two new shows, The Second City Mainstage ensemble in Welcome Back to the Future and The Fast and the Furiously Festive! featuring The Second City Touring Company.

The Second City is a revered sketch comedy company with roots in the city of Toronto that stretch back to 1973. Some of the comedic greats that have emerged from the Second City include Gilda Radner, John Candy, Bill Murray, Catherine O’Hara, John Belushi, Eugene Levy, Mike Myers, Day Aykroyd, and Martin Short.

The Second City’s former facility on Blue Jays Way in downtown Toronto is now well on its way to becoming yet another giant condo tower. The theatre’s new permanent location at One York St. was delayed by the pandemic.

“The Second City has called Toronto home for almost 50 years, and we are so glad to be able to bring back laughter, education, and live comedy to our dedicated students and fans, said Parisa Jalili, COO of The Second City. “The closing of our facility on Blue Jays Way came several months into the pandemic, and unfortunately, our plans at One York Street were delayed. We are grateful to our friends at Comedy Bar for this opportunity to partner. It’s a testament to the Toronto comedy community’s solidarity and resilience.”

The company’s training centre will resume select in-person classes starting on Nov. 15. Public performances for the main stage shows began Dec. 3. Ticket prices start at $30 and can be purchased online at comedybar.ca.