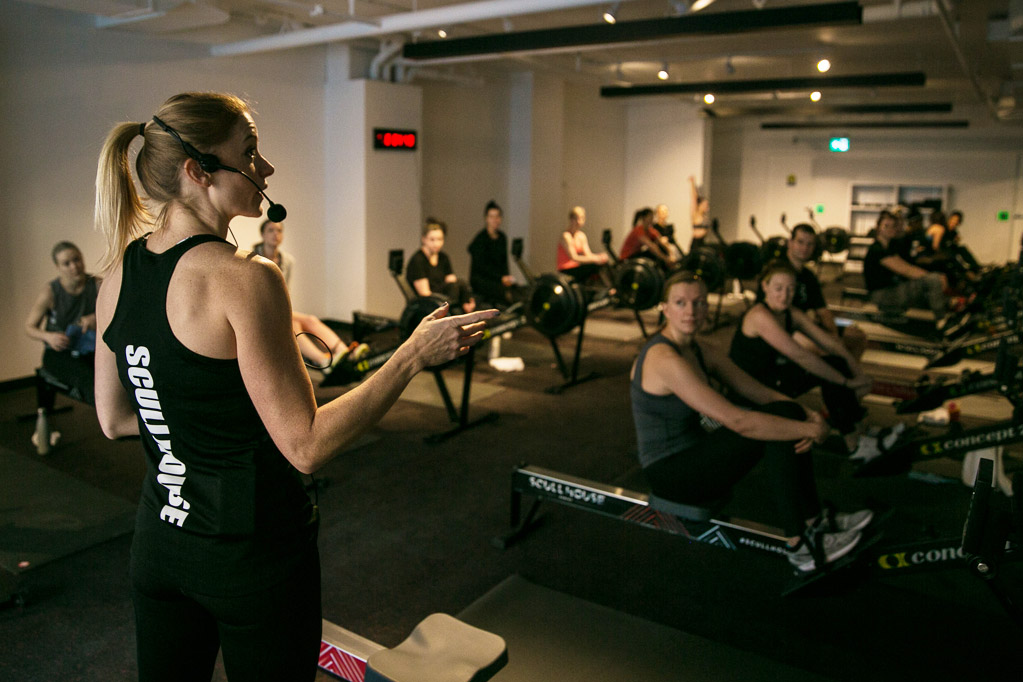 The first thought I have when Kristin Jeffrey walks into the room is “How do I get a back, shoulders and arms that look like that?” Which is a good thing, considering Kristin is the founder and CEO of the brand new ScullHouse Rowing.

As an alumna of Canada’s national rowing team, Jeffrey is essentially a walking advertisement for the benefits of including rowing (and in her case, A LOT of rowing) in one’s life. After retiring from competitive rowing in 2010 after several successful years, Kristin focused on her career as a lawyer. Eventually, she realized that there was an opportunity in the Toronto market to bring the training regimes that helped shape her as an athlete to the public. The timing was right: not only was the trend swinging to ultra-focused training studios (spinning, Pilates, CrossFit, etc.) vs big box gyms, but rowing has become top of mind again thanks to Frank Underwood (played by Kevin Spacey) in House of Cards. Frank didn’t just make politics hot — albeit terrifying — again, he had everyone dragging their rowing machines out of the 80s and back into their workout regimes.

The result is ScullHouse, the only authentic indoor rowing workout facility in Canada where students are trained and taught by a former National Team member. Located on Jarvis St. between King and Front, the studio features twenty Concept 2 ergometers (that’s a really serious rowing machine for us non-competitive types), which can be personalized for each individual client and even track progress via Bluetooth. It takes a moment to set things up to the right proportion for each person, but instructors are there to assist. I found that they were also excellent at guiding us through the proper form, which takes far more leg power than you might think.

It took me a little while to get the hang of it, and initially, I was using way more upper body than legs, which is, as Jeffrey notes, not sustainable for a 55-minute class. Using the full body is essential and precisely the point, which is why a class at ScullHouse can reportedly burn up to 800 calories, despite it being a lower impact workout. During my visit, Kristin led the class through an intense routine broken up into three “pieces” of rowing for different lengths of time. The pieces were broken up with bodyweight exercises on the mat to target a well-rounded workout. While personally, I’d like even more of the mat work, I found the class to be a great cardiovascular workout which targeted the core even more than I expected — bonus!

Rowing in unison with a class of people is a pretty cool experience. There’s something about teamwork and a sense of community that can remove the mundane from a fitness regime. It can be inspiring. Of course, a little competition can also be very inspiring, so when Jeffrey threw in a 500 metres as-fast-as-we-can challenge at the end of our class, we were all fired-up, despite our exhaustion. I’m not sure if I was rowing to beat myself, my neighbour, or the fictional Frank Underwood — but I was definitely motivated. And when it comes to fitness, let’s face it, motivation is at least half the battle.