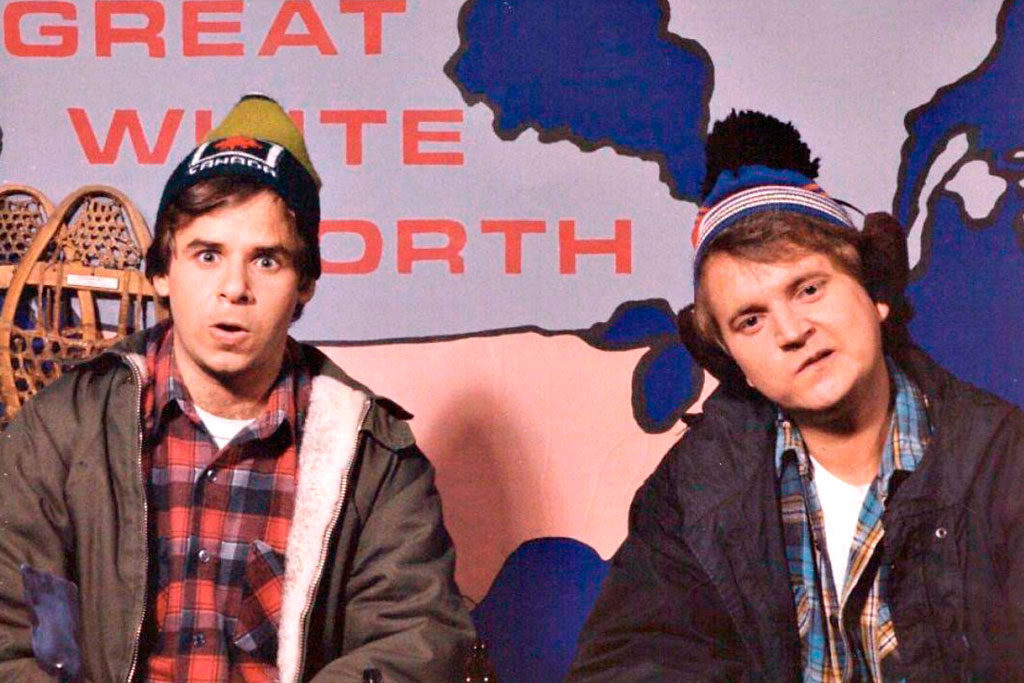 With a live event on May 13 at the Elgin Theatre and a Netflix reunion special directed by Martin Scorsese in the works, SCTV alum and Toronto native Dave Thomas spoke with Post City about the history of the iconic show and being a lifelong McKenzie brother.

Why is now the right time for an SCTV reunion?
As opposed to what, waiting until we’re all dead? Nobody said we gotta have a reunion. The opportunity came up, and we all said do we want to do it? And we decided, OK, let’s do it.

What will happen at the live panel discussion this month?
It will be a chat. But with seven performers chatting with Jimmy Kimmel, there will undoubtedly be some performances at that chat. The actual outline for the evening hasn’t been determined yet.

Much of the SCTV cast first worked together on Godspell, right?
Even before Godspell, Eugene, Marty and I were at McMaster [University] together, and we did plays there where our friendship was forged. Andrea, Eugene and Marty were all cast in Godspell, and I was finishing a master’s degree in English lit. But there was a change in the cast, and they called me up and said I gotta get down there and audition, so I did and I got in, so I finished my master’s part-time while working on Godspell.

And how did SCTV happen then?
Later, when we were all working on the Second City stage in Toronto, Lorne Michaels was recruiting for Saturday Night Live, and the producers thought they’d lose all the talent if they didn’t start their own show.

What is the McKenzie brothers creation story?
It’s a well-told story. Basically there was a difference in broadcast times between Canada and the United States, and we were asked to fill an extra two minutes of Canadian content, so I said, “Fine. Why don’t we just put up a map of Canada, and we can put on toques and parkas and drink beer for a couple minutes. Would that do it for you?’ And irony of ironies, it became a big hit.

I heard you were an ad man for a while there. Is this true?
After Godspell, the problem I had was that I couldn’t get any work. After six months, I got an Ontario Hydro spot where I rode a sailboat into high power lines. I wasn’t going to be a waiter who claims to be an actor, so I thought I could get a job as a copywriter. So I went through the Yellow Pages in Toronto and just called agencies one by one, and by the time I got to McCann Erickson, I got the job. I started there and was put on the Coca-Cola Canada account.

And how did you get back to Second City?
Well, when they opened the Second City stage in Toronto, I got an audition, and I took that stage job. And the president of McCann was, like, “I heard you’re taking this job at Second City. What’s it paying?” And I said, $145 a week,” and at the time I was earning 60 to 70 K, which was a lot of money for a young guy back then. But I said, hey it’s what I want to do.

What are you working on these days?
I have a couple of pilots under consideration right now. I write for drama, [TV shows] Blacklist and Bones. I enjoy it. It’s a different type of writing than the comedy. As I get older, I’ve become less and less interested in acting. You know, you get some young director who makes you run down an alley 27 times, and I’m just like f**k this. I’m not doing that again. Once in a while, I’ll do something, but I usually ask if it’s a sitting role, like a judge or something, then I’ll do it.

There is no talk of SCTV without talking about the late John Candy.
When you went onstage with John, the audience loved him so much, half the work was done already. You just had to not suck. We all knew he was going to be a big star. He made it fun for all of us. I remember one day shooting, and the producers wanted to finish this bit and wanted to shoot all night if they had to. So John called the Four Seasons in Edmonton and had them set up a full bar in the studio, and everyone got drunk and that was the end of that shoot. It was a classic example of one of the larger-than-life things he would do.