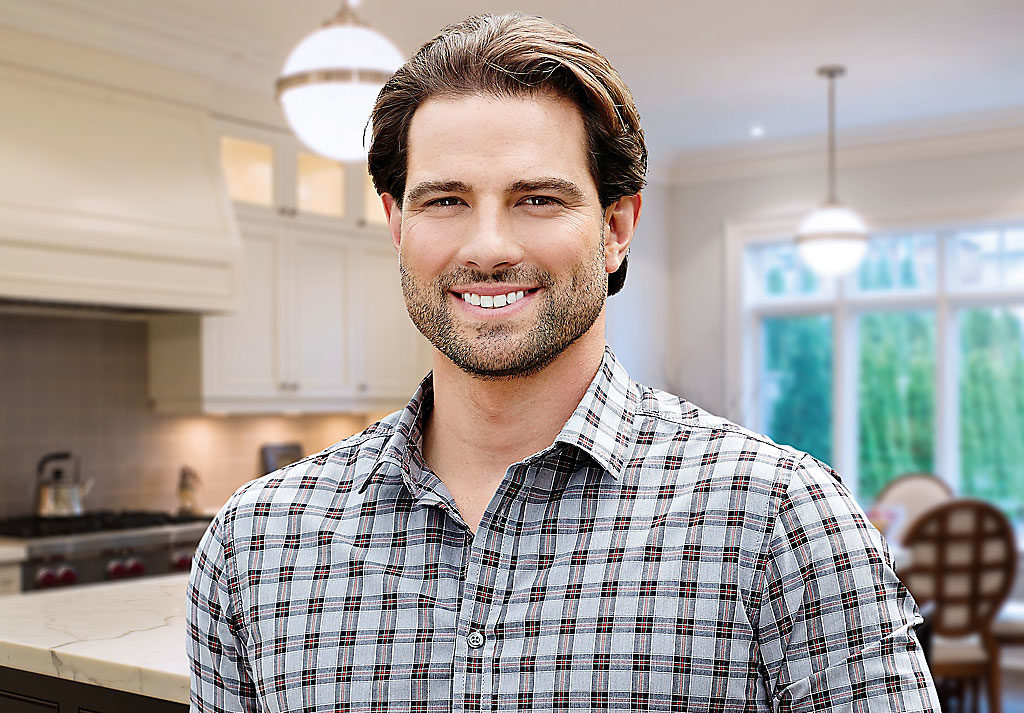 If you’re a fan of the business of property renovations, then you’ll no doubt recognize Scott McGillivray, the host and executive producer of HGTV’s Income Property. The show, which airs on HGTV and DIY Network, as well as on Netflix in the U.S., is entering its 10th season.

Income Property helped to create a name for McGillivray in the real estate and renovations game, which opened the door to appearances on additional home improvement shows. He was an expert judge on Canada’s Handyman Challenge, a guest judge of Flipping the Block and co-hosted the All American Handyman series with fellow home renovation guru Mike Holmes.  But for those who aren’t so familiar with McGillivray, here’s a quick briefing: he has been flipping, renovating and providing investment advice on real estate properties for more than 10 years.

His first encounter with income properties was for a class project during his studies at the University of Guelph where he graduated with a degree in marketing management. The assignment involved developing a business plan, and, along with a few classmates, McGillivray decided to examine the housing dilemmas students were facing in Guelph. After interviewing a real estate agent, a broker and a lawyer, McGillivray decided to buy a house with a friend, renovate it and rent it out to fellow students.

He was then bitten by the income property bug and bought two additional homes the following year, landing him on the path to his future career as a television host, real estate investor and contractor.

The premise of his popular show Income Property is to guide Toronto-area homeowners through the process of buying, renovating and renting out a property or suite. In the upcoming 10th season, McGillivray hints that fans of the show, old and new, will be in for a treat.

“This year is going to be different. We’re going to move on to some new ideas, [and] you will see a very different version of Income Property, including cottage episodes, which is going to be awesome,” he says.

“What’s interesting about this season is that we did some vacation properties and started showing people different types of investment properties. And we had fun, too. I took the family out, and it was like the whole family was on vacation while I was doing vacation rentals.”

Expect to see the best of Ontario’s cottage country with properties in Kawartha Lakes and Prince Edward County. And they’re hoping to work on homes in the Muskoka and Georgian Bay areas next time.

“We moved to Richmond Hill when I was seven years old. There was nothing there.”

Apart from demolishing kitchens and building suites, McGillivray is also a family man. Along with his wife Sabrina, McGillivray is a father to two young daughters, Myah and Layla. He often shares photos of his family, like vacation snapshots at their family home in Fort Myers, Fla., with his fans on social media.

Due to the success of Income Property and other shows he’s appeared on in Canada and the U.S., McGillivray says he gets recognized and approached by fans, even when he’s down south.

“Everywhere you go you see fans and [it’s] awesome to see the support. We spend part of our winters in Florida, so it’s hilarious to see how many people down there are fans — especially since they don’t have basements in Florida! I’ve had people say, ‘Oh, I watch your show on Netflix!’ They are part of a younger demographic, but it’s interesting to see that there are people just everywhere watching the show,” he says.

And his family has learned to adjust to it.

“Has it changed things? Yes, but we just roll with it.”

Although he was born and now resides in Toronto, McGillivray grew up in Richmond Hill. He moved to the town before much of it was developed.

“It was pretty awesome. We moved to Richmond Hill when I was seven years old. There was nothing there. I remember 16th Avenue was just a dirt road. We lived just off 16th Avenue. Then we moved out to Oakbank Pond area on Centre Street where I lived until I left for university,” he says.

McGillivray has one busy schedule, but when he does visit Richmond Hill, it’s usually to spend time with family and friends. He also frequents a couple low-key spots in the town.

“I go to the Allencourt diner for breakfast with old friends. It’s this tiny little diner. Last time I went to Richmond Hill, I was hanging out at London Pub with a few friends,” he says.

And on the topic of friends, McGillivray shares that his relationships with other HGTV Canada hosts are close-knit outside of work.

“Mike Holmes, Bryan Baeumler, Paul Lafrance and I — the four of us have a pretty good relationship. We get together from time to time,” he says.

It makes sense. After all, the group of hosts has a lot in common through working on home renovations, DIY projects and even television shows together.

“Bryan and I have very similar family scenarios — both of us have young kids around the same age, so we get together and we’ll go for beers. We all go through the same things and deal with the same people, so it’s nice to hang out with people who understand your work situation,” says McGillivray.

Though he loves where his career has taken him, it’s no surprise that, after shooting the series for seven years and bringing up two young children, McGillivray has made a resolution to get healthier and re-evaluate where he wants to focus his efforts this year. His new projects include developing more digital content for Income Property, as well as a new show that he says is in the works.

But he doesn’t let more details spill, so the viewers will have to stay tuned to find out what he is cooking up. Though he will have a lot on his plate, he says he also plans to find time to focus on himself.

“I’m looking forward to getting healthier this year, that’s for sure. I’ve been working so hard, it’s been a crazy three years of non-stop,” says McGillivray.

“I’m going to get myself back into shape. I know it sounds like a cheesy new year’s resolution, but it’s definitely on my radar.”