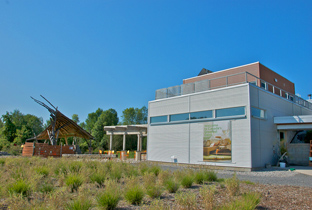 After four years in business, the award-winning Fifth Town Artisan Cheese Co. has closed up shop. Once thought to be one of Ontario’s most successful dairies, Fifth Town provided cheese for some of Toronto’s hottest eateries, such as Auberge Du Pommier, George and Jamie Kennedy Kitchens. Founder and former CEO Petra Kassun-Mutch made the announcement via Facebook yesterday.

Kassun-Mutch tells us that the company, which began operations in 2008, had been experiencing financial difficulties for quite some time. Though the annual revenue had reached $1.4 million after two years, Fifth Town was still not making enough money to cover costs. At the same time, it couldn’t satisfy the demand for its cheese and had no luck acquiring much-needed capital from investors.

“This was never designed to be a Saputo,” Kassun-Mutch says. “It was supposed to be a community business.”

Kassun-Mutch stepped down from her post as CEO last August when her former partner and ex-husband decided it was time to sell off the company.

Her ex-husband had little success in finding a buyer, and Fifth Town laid off its final eight employees yesterday and closed its doors for good.

“It takes five to seven years to make a business like this work,” she says. “It’s not something you should start unless you have the stomach to wait.”

Kassun-Mutch maintains that Fifth Town was an inspiration in the industry, particularly in its commitment to sustainability and staying as green as possible. The dairy itself was powered, in part, by a windmill and eight solar panels, as well as using underground concrete caves to keep the cheese cool rather than expensive refrigerators.

“You have to try new things in order to move forward. It was a good business, it just needed more time and more capital.”

Update (May 4): Fifth Town’s interim president, Christine Legein, has said that the company has not closed down, but has indefinitely suspended production of its cheeses for the wholesale market while it attempts a restructuring. Its Prince Edward County retail outlet (4309 County Rd. 8, Picton, 613-476-5755) remains open on Fridays, Saturdays and Sundays selling Fifth Town’s stockpiled inventory.