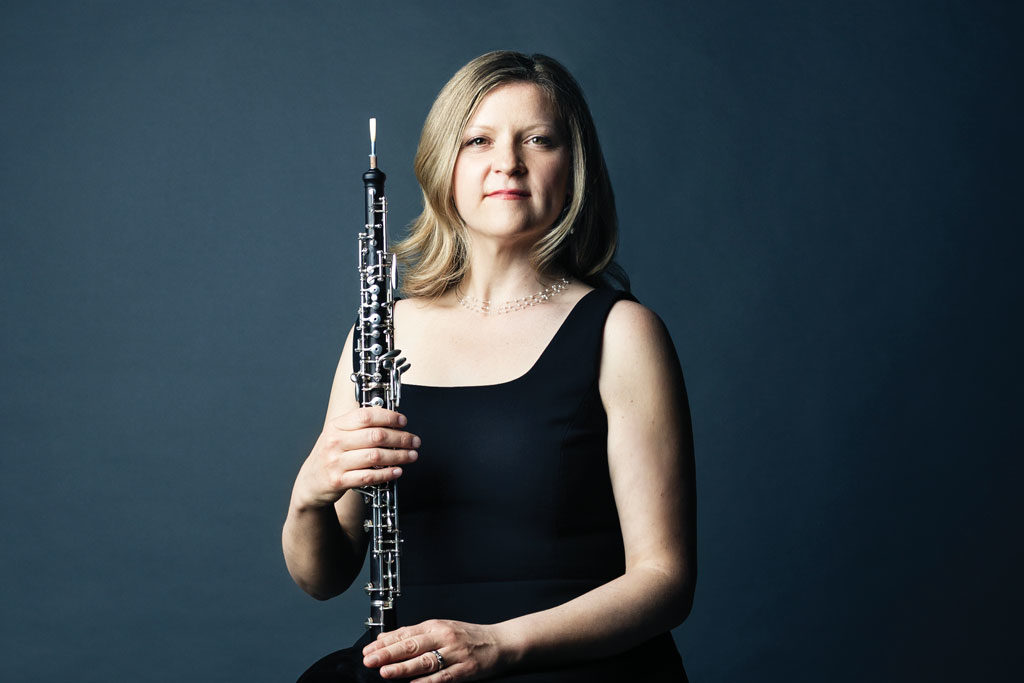 For Sarah Jeffrey, principal oboe of the Toronto Symphony Orchestra (TSO), making a career out of music was the norm. Growing up, her father was a professor and conductor of the wind ensemble at the University of Toronto and her mother was a pianist.

“I just thought everyone was a musician,” Jeffrey says. She grew up surrounded by classical music; her mom was always practising for recitals and concerts, and her dad played the songs he was conducting over and over again.

Jeffrey played the violin at first, but wasn’t a fan. When her parents said she could switch to another instrument, she jumped at the chance to play the oboe at her father’s recommendation, even though it was what she calls an unpopular instrument.

By Grade 12, Jeffrey had gotten serious enough about the oboe that she and her parents made the decision to move her to North Toronto Collegiate Institute for its strong music program.

“I sort of had an idea that being at an elite music program like that, coupled with being in the TSYO, that I was probably good at this and that I might want to pursue this for a career,” she says.

She decided to study music at the University of Toronto, where she studied under the now former principal oboe of the TSO.

“He was wonderful and took me on and mentored me right away, and it was a really wonderful place to go,” says Jeffrey.

When Jeffrey graduated from university and started auditioning for positions in orchestras, even though she was surprised by how competitive it was, she never felt as if she wouldn’t make it.

“A lot of my friends who went into music, they would tell me about how their parents thought music wasn’t really a career and that they should go into sciences or something else,” she says.

But Jeffrey never had to think about that because of her musical family — her older brother is a trumpet player for the Winnipeg Symphony Orchestra as well.

Jeffrey credits the development of some of her work habits to her husband, TSO horn player Gabriel Radford. The two met while in the TSYO together.

“He is the hardest working person I know. His parents weren’t musicians, and so it was really impressed upon him the dedication and drive that a person needs to succeed in a business like this,” she says. “I saw the intensity of his practising, and I just copied it. I learned that the people who succeed are the ones whose drive and desire to do well inspires them to work really hard in the practice room.”

But she also acknowledges how tough it can be when that success isn’t happening.

“I’ve been very lucky in my career. But I will say that, when you don’t succeed, it’s extremely hard and it’s turning the mirror on yourself. That really does make or break the experience,” she says.

Jeffrey also teaches music at her alma mater, the University of Toronto, and at the Glenn Gould School. She says she loves it because she gets to give back to the community. She’s also learned to trust herself more as a musician as she’s matured.

“I’ve always worked hard, but I haven’t always trusted my instincts and trusted my skill. I’ve learned to embrace who I am as a musician and who I am as a person and to know that other people trust me.”