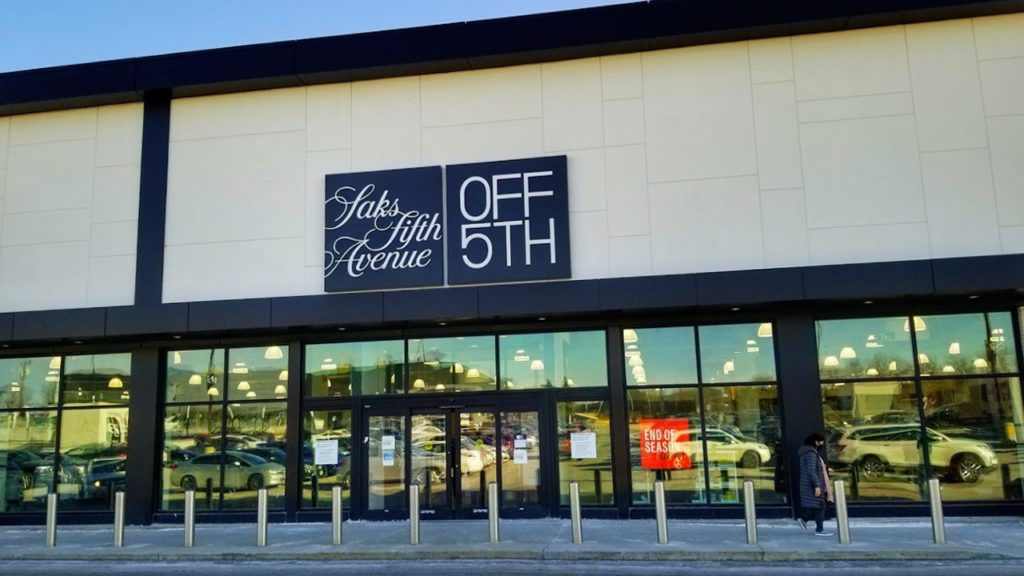 Just four years after celebrating its grand opening in Markville Mall, Saks OFF 5TH will be closing its Markham location.

This is following a slew of recent closures involving Saks OFF 5TH and Saks Fifth Avenue locations across Canada. Last month, Louis Vuitton and Christian Dior exited the Saks Fifth Avenue Queen Street location, following suit with other COVID-19-related closures in the retail space. Saks OFF 5TH will also be closing locations in Calgary’s CF Market Mall and South Edmonton Common this year.

Saks OFF 5TH is an offshoot of Saks Fifth Avenue, a luxury storefront that came to Toronto in February of 2016. The outlet, touting designer brands at a major discount, entered Toronto’s retail space just after, in March, with plans to open up about 25 Canadian locations by the end of 2018. Due to faltering sales, plans to expand were halted. Today, there are eight Saks OFF 5TH locations throughout the GTA and 17 in Canada, including the three locations that are slated to close.

In a press release, the Hudson’s Bay Company’s Governor, Executive Chairman and CEO, Richard Baker, stated the thought process behind this move: “As a true off-price business with a superior merchandise offering, Saks Off 5th has a significant opportunity to capture additional market share by further expanding its digital capabilities.”

In addition to the new and improved e-commerce side of things, the brand will still have a presence in Canada’s physical retail space. GTA shoppers can still access locations in Vaughan Mills, Toronto Premium Outlets, Pickering Town Centre, Sherway and the Outlet Collection at Niagara.

The Markville Mall location that’s slated to close will still be open to the public until April.