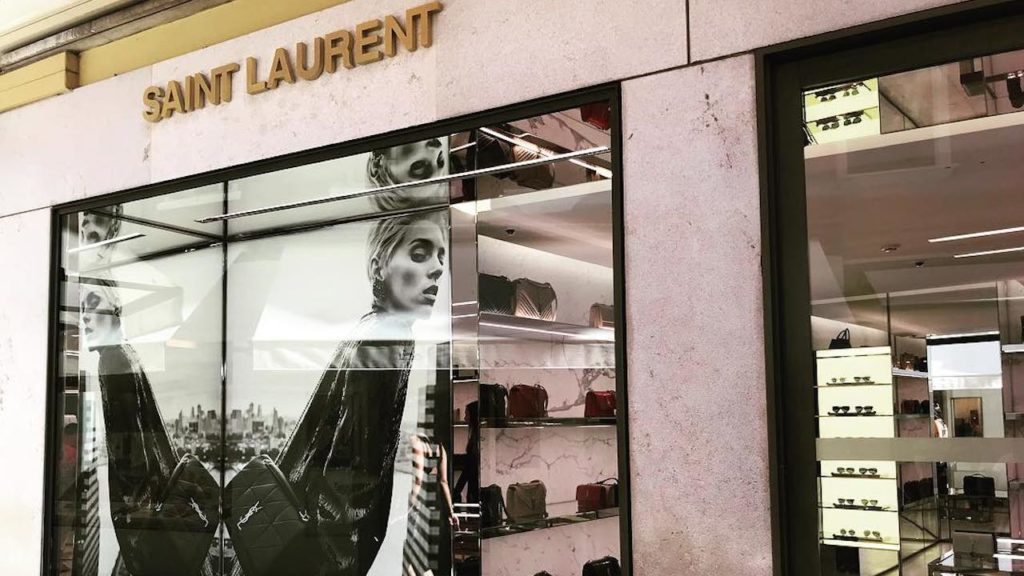 Known as Toronto’s Mink Mile, the stretch of Bloor Street bordering Yorkville has long been the city’s answer to New York City’s Fifth Avenue. So it’s no surprise that Saint Laurent has chosen a highly coveted spot along the street for their new flagship location in Toronto next year.

According to Retail Insider, the location will  be one of the largest in the world for the brand, and certainly the largest in Canada — it’s set to cover 10,400 square feet in the street level space, more than double the 4,800 two-level Saint Laurent storefront in Vancouver.

The 110 Bloor St. W. location was previously occupied by J. Crew and Brooks Brothers, so the space is arguably getting an upgrade — brands including Alexander Wang and Anne Fontaine are also planning on moving in, along with wellness brand Othership, which will be opening below the new flagship.

Currently, there are two other Saint Laurent locations in Toronto, both coming in at around 3,000 square feet. Not too far down the road from where the flagship is set to open, Holt Renfrew houses a Saint Laurent concession featuring men’s and women’s fashion along with accessories. There’s also a standalone Saint Laurent store in Yorkdale.


There used to be a bags and accessories concession and ready-to-wear space in the downtown Saks Fifth Avenue, but earlier this year, Saint Laurent was one of four luxury brands to exit the Queen Street department store. The other brands to leave the store, Dior, Louis Vuitton and Burberry, each have their own standalone storefronts on Bloor Street, so perhaps it’s a smart move for the brand to join the club.

While the Mink Mile is already renowned for its luxury offerings, with neighbours such as Saint Laurent moving in, the hope is that even more high-end brands will make the decision to join on Bloor Street.