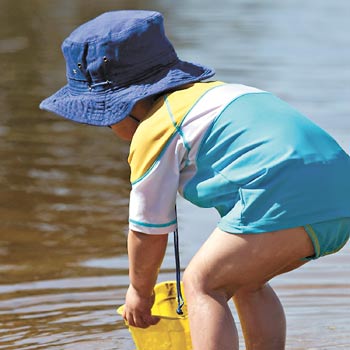 EVERY YEAR, WITH the arrival of the warm weather, there is an increased number of accidents. It is inevitable.

The fact is still as true today as it was in yesteryear. We will never be able to prevent 100 per cent of accidents. Unfortunately we still have a long way to go to reach an “acceptable” level.

There are basically two reasons for this. The first is people just do not want to learn. They have been told, warned and preached to about accident prevention, but it just does not seem to penetrate past their middle ear. The second is that people are basically complacent. They know a potential hazard is present but fail to avoid, remove or prevent it.

When I was a kid, there was no such thing as “accident prevention education.” There was little to no supervision. There was no safety gear. There were very few limits on what we were allowed to do. Did we have more accidents? I really can’t answer that. My gut feeling is we were less accident prone. Why? Were we as kids smarter and able to avoid potential problems? Were we more agile and physically fit so that we got hurt less? Or were our bikes slower; the availability of “accident”-prone sites, such as playgrounds, less available or were there just less risk-taking activities? I don’t know. Sure we used to get our scrapes and bruises and occasional fractures but rarely anything more serious. My feeling is that we were more street smart and better able to judge the “risk-benefit” factor, thus avoiding accidents.

Accident prevention only takes a little thought and a little effort. As the Boy Scouts say, “Be prepared.”

Sun protection should be applied 15 minutes before going out into the sun and reapplied frequently. For all children more than six months of age a 30 factor or more should be used.

Do not spray Deet on the child’s skin directly but apply by hand only on exposed areas. Do not apply around the mouth and eyes. Do not apply where skin is broken.

Insect repellent should be applied to the skin after sunscreen. Unscented products are the best. The more you can cover up with light coloured clothing the better. Tucking pants into the socks may not be a fashion statement, but it does give the best protection against ankle bites.

Water safety: you cannot take your eyes off a child who is swimming or playing in water. An infant can drown in as much water as it would take to fill a soup bowl.

Playground safety: ensure that your child uses age-appropriate equipment and has been instructed on how to use it safely. Everyone would benefit from taking a first aid course as well as one on resuscitation.

I wish you all a happy and safe summer.