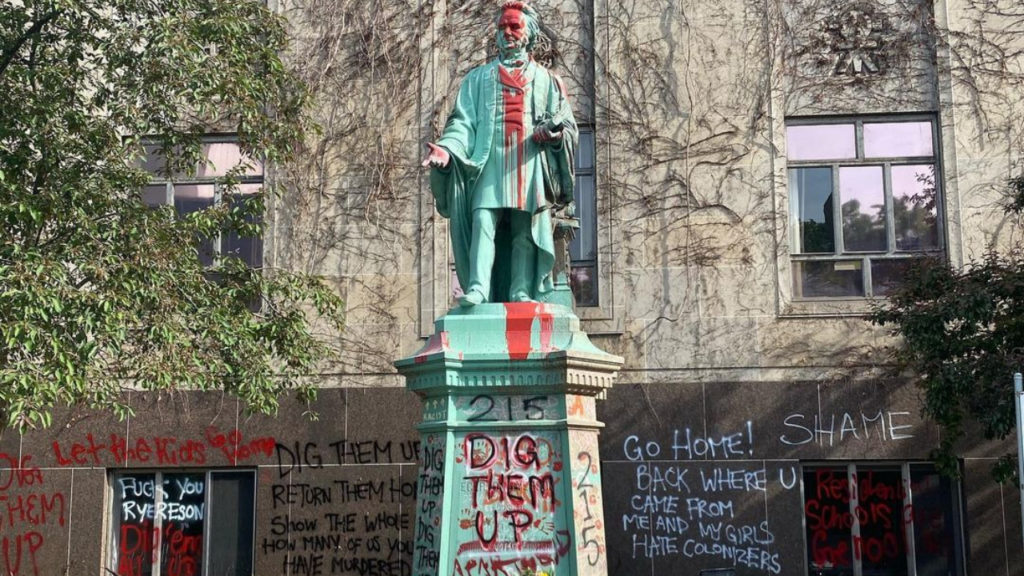 Ryerson University officials have agreed to rename the university, along with 21 other recommendations from the Standing Strong (Mash Koh Wee Kah Pooh Win) Task Force after a special meeting of the Board of Governors on Thursday.

The task force presented a final report to the university today, with recommendations including sharing materials recognizing the legacy of Egerton Ryerson and his role in the development of residential schools and mandatory Indigenous education modules for faculty and staff. The recommendation to rename the university was coupled with recommendations to reconsider the “Eggy” mascot and to eliminate attempts to reinstall, restore or replace the statue of Egerton Ryerson.

“For as long as the university is named after Egerton Ryerson, our narrative will be centred on his legacy,” the report reads. “Given that our namesake is increasingly recognized as a symbol of colonialism, our identity as an institution can no longer be disentangled from separate schools, segregation, the genocide of Indigenous Peoples and cultural erasure.”

The task force has recommended the university uses a process that “engages with community members and university stakeholders” in order to rename the school.

Repeated calls for the renaming of the university have grown within the past year, as institutions have grappled with the racism embedded within their own practices. The calls were strengthened after a group of Indigenous students published a letter on the Yellowhead Institute website in May calling on university community members to replace ‘Ryerson’ in the school’s name with ‘X.’