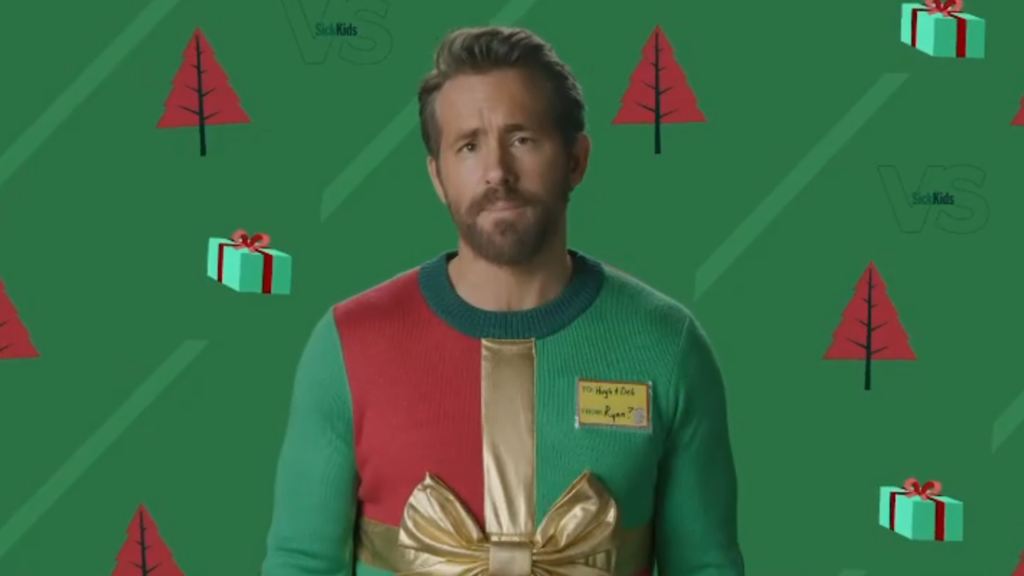 The world’s current favourite Canadian Ryan Reynolds has lent his sizable popularity once again to raise funds at the holidays for Toronto’s SickKids Hospital.

Last year, Reynolds helped to raise more than $800,000 for the hospital through the campaign, now in its fourth year. In 2020, Reynolds teamed up with Toronto tennis star Bianca Andreescu on the fundraiser.


This year, a video in support of the campaign stars Reynolds and his now-talking sweater bruskly voiced by fellow Canadian icon Seth Rogen.

“Yes I can talk. Use your imagination,” says Rogen, as the bow on Reynolds’ sweater. “As a sweater and a fellow Canadian that comes out but once a year I’ve grown a little tired of Ryan’s like self-deprecating, deadpan jokes…Instead, revel in the wonder of a talking sweater as you make a donation to SickKids.”

“GIANT thanks to the legend… the one and only @sethrogen for the assist,” wrote Reynolds, in an Instagram post.
“Also, hats off to the great @austonmatthews who always shows up for @sickkidsvs.”


Over the past four years, the Vancouver-born actor has used his signature ugly holiday sweater to kickstart the Sweater Love campaign, encouraging donations to the Hospital for Sick Children. Last year, t-shirts styled after his classic “aesthetically challenged” holiday sweater were distributed to 5,000 frontline workers to honour their contributions during the past two years of the pandemic.