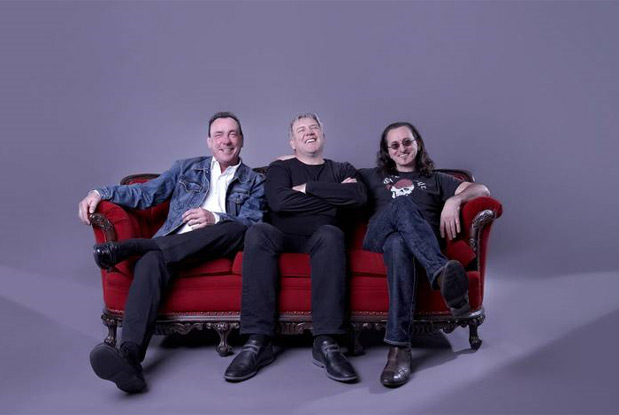 It would only be too easy for Rush to rest on their laurels. With more than 40 years worth of music to fall back on, the hometown prog-rock trio of frontman Geddy Lee, guitarist Alex Lifeson and drummer Neil Peart could spend three hours cranking out old reliable hits in their sleep. But as Sunday night’s sold-out ACC performance proved, the newly-minted Rock and Roll Hall of Fame nominees are far from being a nostalgia act.

The band’s three-hour set opened with some momentum-building favourites, including “Subdivisions” and “The Big Money,” to set up a first half that leaned heavily on material from the ’80s and ’90s. An energized Peart drum solo sent the show into a 20-minute intermission, and the well-lubricated crowd of over 12,000 — including many a father-son duo — started making its way back to the beer lines.

Once the lights went down again, fans were treated to a dramatic change of pace as Lee and company welcomed an eight-piece string band to the stage for nine songs from their new album, Clockwork Angels. While certain crowds may greet introductions of new material as a chance to head for the exits, those in attendance showed appreciation for the still-active icons and stayed readily-engaged throughout the new tracks. Among them, the hard-edged “Headlong Flight,” underscored by plenty of pyro, seemed to garner the biggest reaction.

Lee, for his part, was almost apologetic for the band’s bold risk of leaning heavily on new material and for the distinctly un-Rush-like orchestra. At one point, he mentioned that they “just want to play one more new one and then we’ll get back to some of the old stuff.” The proclamation was met by only tepid applause, largely because the fans didn’t seem to be in any hurry to move away from the new offerings.

Once the “old stuff” did resume, the crowd showed that they still had plenty of steam left. “Manhattan Project,” “Red Sector A” and “YYZ” got the crowd on their feet, while “Spirit of the Radio” resulted in a spontaneous, crowd-initiated rhythmic clap-along. The night, of course, was not complete without an encore highlighted by “Tom Sawyer.”

But the night wasn’t just about dusting off the oldies. It served as proof that talented, creative musicians never stop making music – even when they may be on their way to rock and roll immortality.