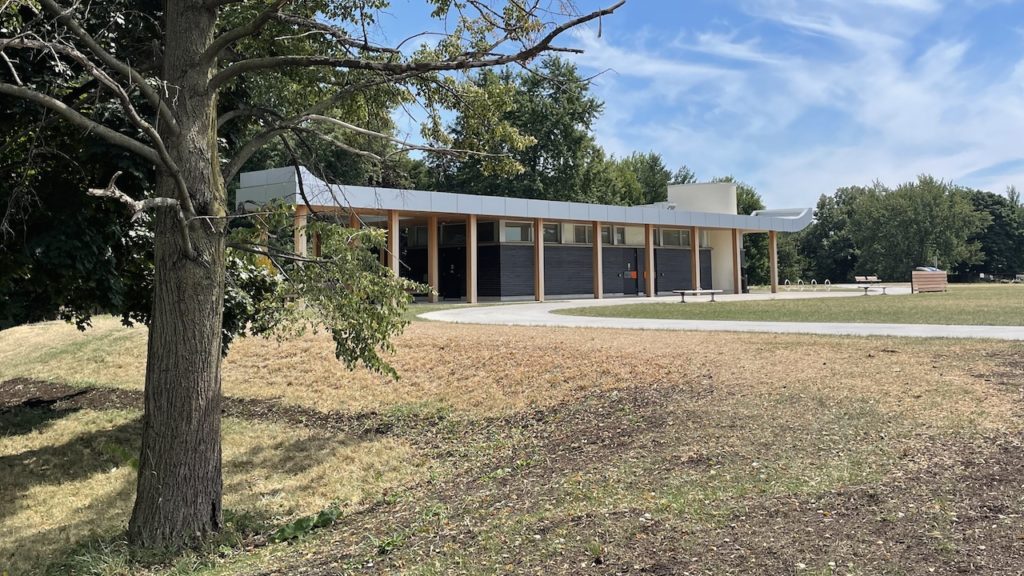 An extensive revitalization of Rosehill Reservoir and David E. Balfour Park in midtown Toronto southeast of Yonge and St. Clair is now complete creating a 20-hectare oasis of green in a rapidly intensifying part of the city.

Yonge and St Clair is one of the fastest-growing intersections in Toronto with condo upon condo set to line the avenues in all directions. To that end, maximizing available green space is key to the community’s future. And that’s just what is happening with this new park.

Built on the old Rosehill Reservoir, the area was once ill-equipped to serve local residents and was usually populated by a few dogs and their people, some games of ultimate frisbee and not much else. Revitalization has been in the works since 2016, and has a reported budget of approximately $35 million, $3.9 million of which will go toward park enhancements overtop of the reservoir in addition to upgrades to the reservoir itself.

Not only is the revitalization a boon for the community, but it is also an important part of protecting the city’s drinking water supply.

Built in the 1800s, the facility is the city’s oldest and largest reservoir, serving a population of 600,000. It was last upgraded in 1966 and is in dire need of repair. The project will ensure its service life for the next 70 years.

The most notable feature of the large and central green space on top of the reservoir used to be a number of old pools and a fountain that have been completely covered over creating a large grassy blank canvas, which will surely be put to good use for local recreational activities.

According to the city, the pools and fountain were removed to protect the underground reservoir.

“Current best practices include the removal of all elements that could possibly impact the Reservoir structure, so there was a decision to have nothing on the plateau that would damage the roof or waterproofing membrane or infiltrate the water supply,” wrote the city, in the community consultation summary dated June 2020.

The water theme plays out throughout the area with signs explaining the history of the city as a reservoir for Toronto drinking water in addition to the water-themed public art at the new entranceway and in other areas.

The move is in keeping with a revitalization that is short on fancy and long on accessibility and utility with a focus on neighbourhood needs.

The space is accessible from all sides with plenty of ramps and paved trails for all to utilize the space. There is also a paved trail around the entire perimeter of the park with benches under shade trees or on top of the reservoir in clusters that are covered to provide shade.

Once off to the edges of the space below the reservoir, there are benches tucked in the shade overlooking the ravine, nice wide pathways, and a large playground for children.

The pavilion has also gotten a facelift with a new public washroom and the central gardens have also been enhanced. 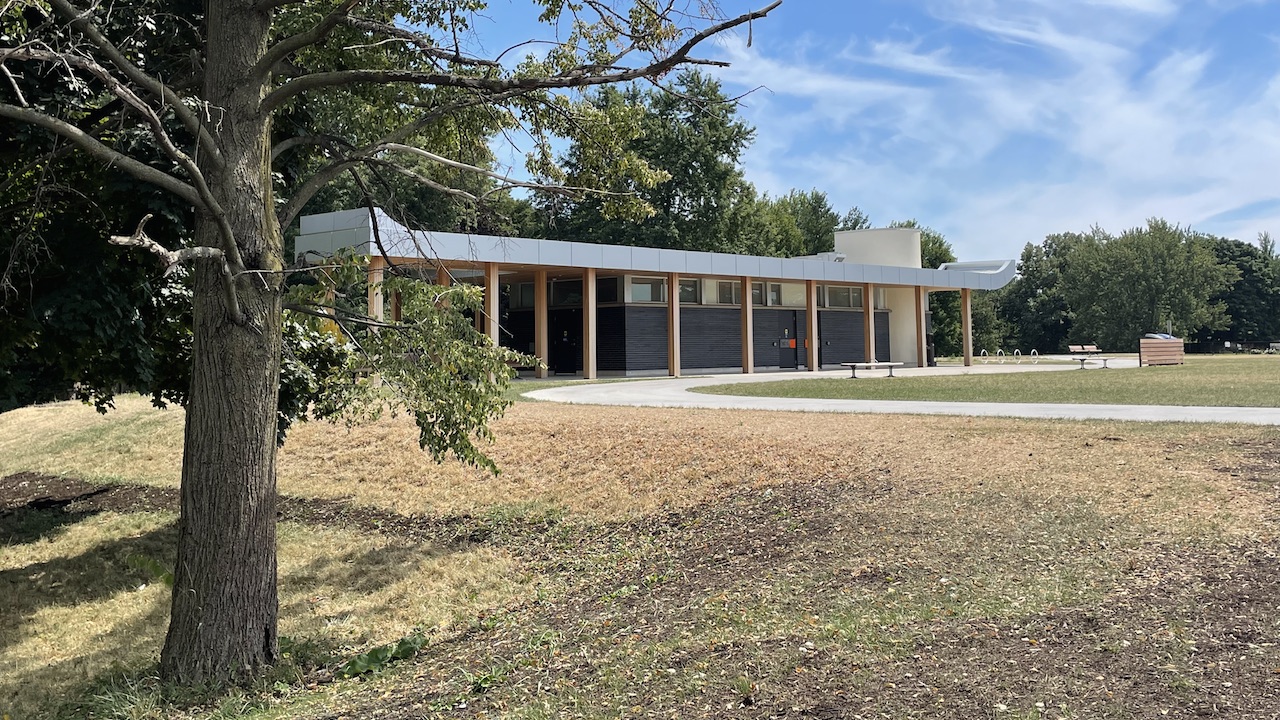 There is also improved lighting, and path materials throughout the park as well as plenty of containers for garbage and recycling and racks for bicycle parking on all sides as well as a Toronto Bike Share corral.

Needless to say, as construction has been ongoing and the city has been in something of a drought, everything is pretty dry up top right now, but overall the park is a welcome sight for a neighbourhood that is lacking in park space given its rapidly changing demographics. Surely, it will be put to good use.