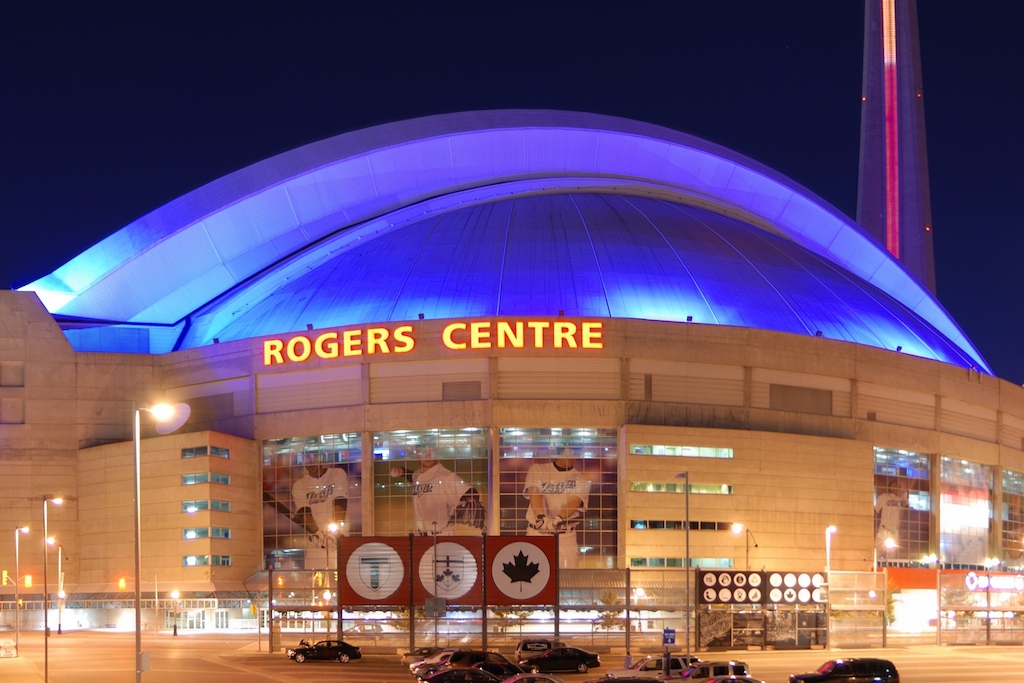 The Toronto skyline would look drastically different if the Rogers Centre, a Toronto institution, ever faced the wrecking ball.

According to a report in the Globe and Mail, Rogers Communications, owners of the Rogers Centre and the Toronto Blue Jays is working with Brookfield Asset Management Inc. on a plan that would see the Rogers Centre demolished and a new stadium constructed.

According to the report, the plan calls for a new natural-grass stadium that would be built on the southern portion of the current property, while condos, office buildings and public space would be built at the northern portion, implying that the new stadium would have a much smaller footprint than the current one.

Following the Globe and Mail report, Rogers Communications issued a statement that the plans have been put on hold as a result of the current COVID-19 pandemic.

The Rogers Centre, formerly known as SkyDome and still referred to as such by many Torontonians, opened in 1989 and was built for $570 million. The stadium, with its retractable roof, was considered groundbreaking at the time but became dated almost immediately with the opening of Baltimore’s Camden Yards in 1992, which ushered in an era of open-air retro ballparks.

Throughout the years it has been home of the Blue Jays, but was also the home of the Toronto Argonauts from 1989 until 2015 when the team moved to join TFC at BMO Field. It has also been the site of numerous concerts, and the opening and closing ceremonies of the 2015 Pan American Games.

The SkyDome was renamed Rogers Centre, much to the chagrin of many Torontonians, in 2005 after the telecommunications giant purchased the stadium for $25 million, less than 5 per cent of the cost of construction.

The stadium replacement plan is to be privately funded and Rogers and Brookfield are working with all three levels of government on the project.

Though the goal is to build a new stadium downtown on the current site, Rogers is reportedly also exploring other options along the lakefront.

The Globe and Mail had said that government officials, Rogers, and Brookfield intend to make their plans public in the New Year.