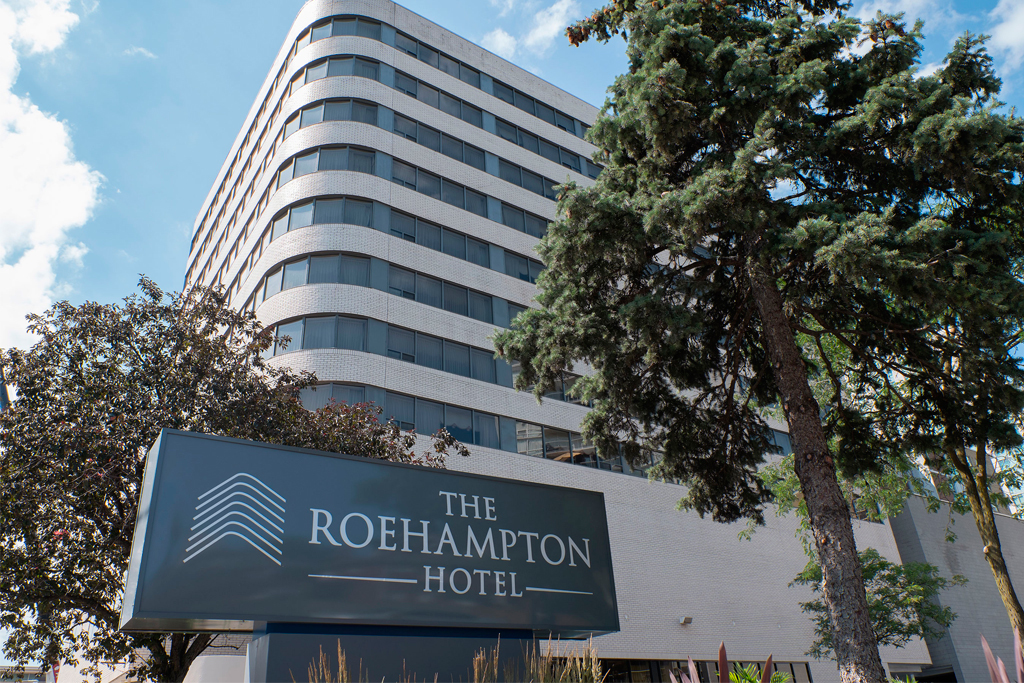 The City of Toronto will be facilitating a community engagement session Wednesday evening from 6-8 p.m. to discuss the Roehampton Hotel homeless shelter.

Earlier this year, the city leased three residences, the Roehampton Hotel, located at 808 Mount Pleasant Rd., as well as 55 and 65 Broadway Ave. to house people experiencing homelessness as COVID-19 made physical distancing difficult in the shelter system.

Since then the sites have seen incidents including an overdose, a stabbing and a fire.

This has led midtown residents to protest the shelters and the impacts they are having on the neighbourhood.

The Broadway Avenue sites were temporary, and are due to be closed by Sept. 7. According to a statement by local councillor Josh Matlow on his website, city staff have negotiated a two year lease, with an option for extension at the Roehampton Hotel site.

“The duration of the shelter occupancy should have triggered additional steps from City Staff prior to residents moving into the site as was customary with other locations prior to COVID-19. When I learned about the lease agreement, I immediately asked city staff about what their communications plan to the public would be. I was told that they weren’t putting out prior notice on any of their sites throughout the city during the emergency, “ said Matlow.

“City staff should have provided advance notification and information to residents given the length of the lease at the Roehampton Hotel. More importantly, a plan to address the impacts of the behavior of some new residents on the surrounding community should have been put in place prior to occupancy.”

Matlow said he has met frequently with the city’s shelter services staff and requested they organize a community meeting.

“They’ve agreed to my request. I’ve made it clear that we don’t want the meeting to be solely ‘an active listening exercise,’ but expect them to deliver a substantive plan that is already in progress and that addresses each and every valid concern raised,” said Matlow.

On behalf of our community, I requested the City of Toronto host a public meeting to discuss the Roehampton & Broadway Residences and what’s being done to ensure the safety of shelter clients & local residents. It’ll be online August 19, 6-8PM: https://t.co/LCUUWI2iGP

In order to practice physical distancing and reduce the spread of COVID, the community engagement session will be held online, with residents also being able to participate via phone by following instructions contained at this link.