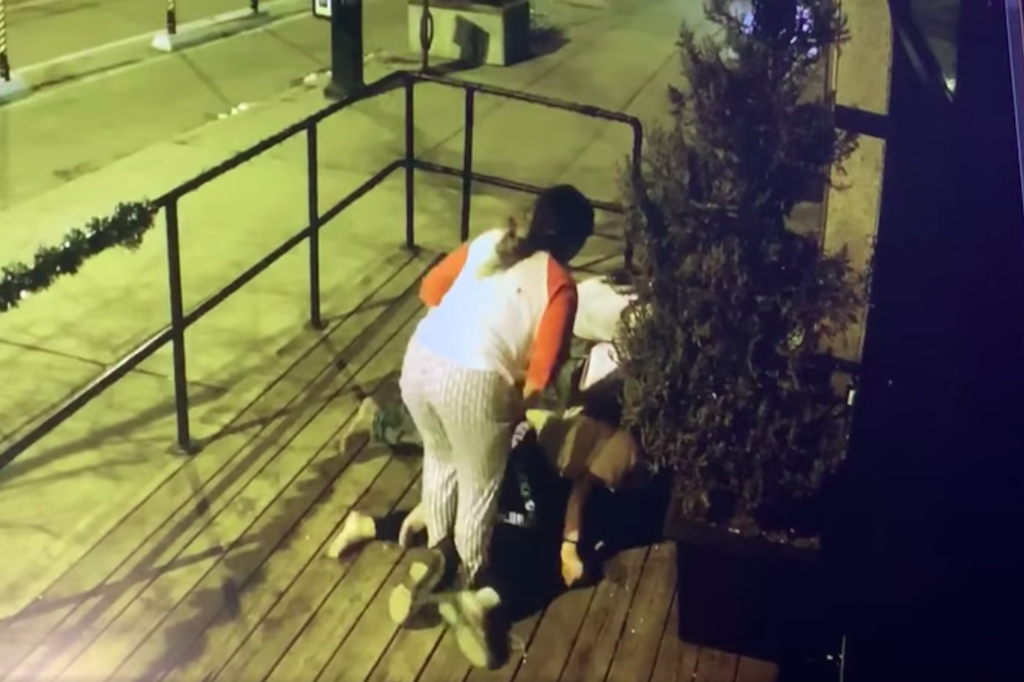 A foiled robbery at Trecce Restaurant (1792 Danforth Ave.) has Toronto buzzing this morning. The family that owns Trecce lives above the restaurant and heard the robbers break into the building around 5 a.m. Tuesday morning.

The three sisters and their father acted swiftly to stop the two robbers by calling the police and then taking matters into their own hands by holding one of the suspects (the other suspect fled the scene). Before the police arrived, some family members sustained injuries in the form of bites, bruising and scratches but managed to successfully hold the robber down until police were on the scene and arrested the man.

The family described the robber that got away as a man in his late 30s or 40s. The video that was posted to Facebook was shared more than 20 times with many commenters congratulating the women on their bravery and suggesting steel-toed boots might be better next time in reference to a scene in the more than five-minute video that shows one of the sisters kicking the suspect in the groin.

According to media reports, a 52-year-old man was arrested and charged with breaking-and-entering, weapons possession and parole violation. There is a possibility that the case is related to a similar string of robberies in April 2020 in the St. Clair West area.

Theft has been on the rise in the city since the pandemic began. Trecce is a Mediterranean-style restaurant that was established in 2017 and has become a neighbourhood staple. The restaurant is closed today as victims of the attack recover and work to repair damages.