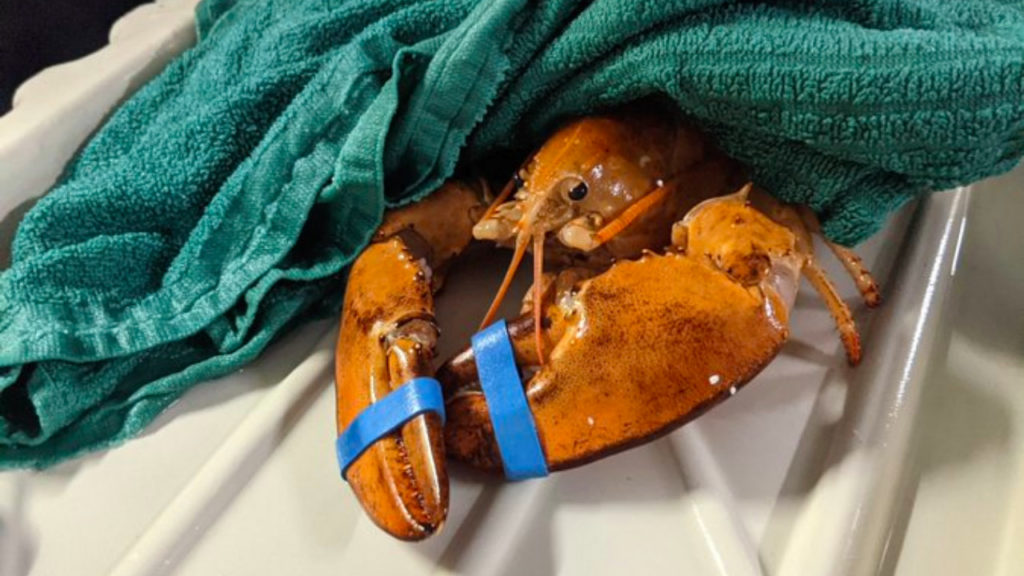 A rare orange lobster residing in a Toronto grocery store was saved from an untimely death by Ripley’s Aquarium of Canada on Wednesday.

The aquarium posted a photo of “Pinchy” the lobster on Facebook, noting that this lobster was “very rare.”

“Some awesome people reached out and let us know they had this 1 in 30 million creature,” the post reads. “Pinchy is settling in very well to his new home and is doing brilliantly!”

A post shared by Ripley’s Aquarium of Canada (@ripleysaquaca)

Niki Lundquist, a Whitby resident, was one of the people who spotted this colourful crustacean, and she noted that after finding out how special his orange colouring was, she had to find him a new home or else she would have driven him to the east coast herself!

Discovered in a grocery store and he stood out because he’s so vibrantly orange! Relatively rare (1 in 30,000,000 or so). It they didn’t take him I was going to drive him to the east 😁coast. I’m so happy they took him.

It turns out these types of lobsters are rare – only around one in 30 million are bright orange due to a genetic mutation. This kind of colouring would also make them an easy target in the wild for predators, so hopefully Pinchy is set for a long life at Ripley’s!

Despite the rarity, strangely enough, the same kind of lobster was discovered at an Arizona restaurant just a few days ago. The lobster also found a home at the local aquarium. There’s just something in the water!