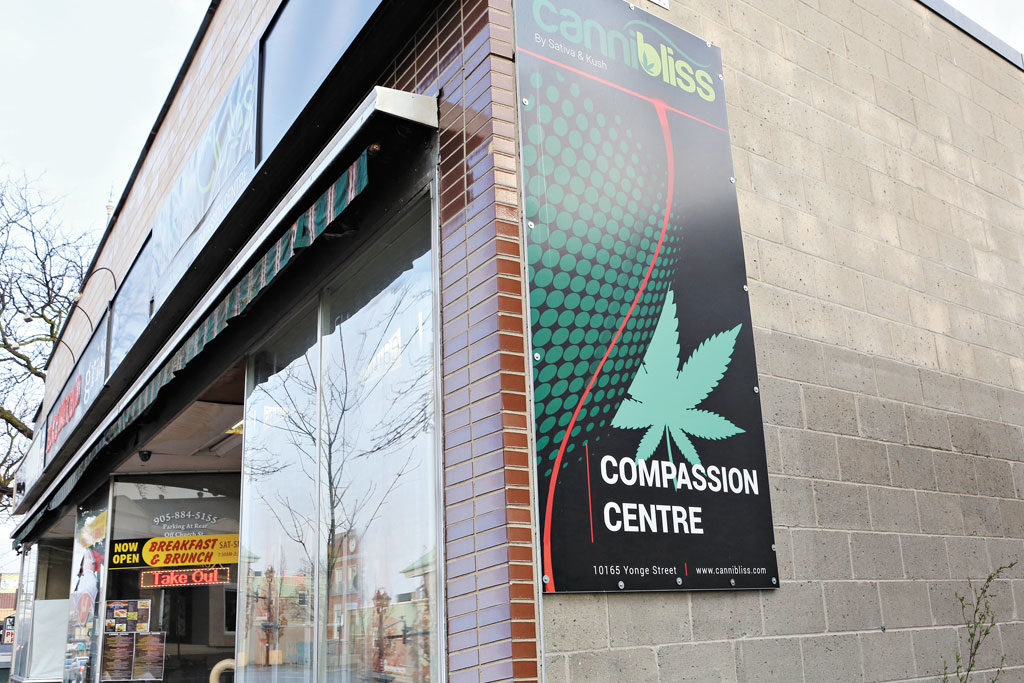 As Ontario prepares for the legalization of the recreational sale of marijuana on Oct. 17, it may be quite a while before residents of Richmond Hill are able to purchase cannabis products from retail stores municipally –– that is, if it is allowed at all.

In August, the Province of Ontario announced that cannabis legalization will be introduced through a “private retail” model, which will be set to launch by April 2019.

Before that happens, the government has also said that municipalities will have a one-time window during which they can choose to opt out of permitting physical cannabis retail stores within their boundaries.

Richmond Hill mayor Dave Barrow says that no decision has been made on the matter but insists the majority of Richmond Hill residents simply aren’t interested.

“I have had a few comments from those wanting an outlet asking why I am against it, and I reply that I am representing the ‘no’ community that has far exceeded the ‘yes’ community. I represent the people,” Barrow said.

In December 2017, Richmond Hill Town Council said that they would not be a willing host for a recreational retail store after hearing from roughly 1,000 residents.

“We will once again get council’s decision when we have all the details on the legislation,” Barrow said.

When asked about whether he was concerned about economic losses that could be incurred by deciding not to participate, Barrow said it was simply too early to tell.

“Where cannabis dispensaries open, crimes like theft and robbery go down. Property values go up.”

“The revenue formula has just been outlined, but it is not very clear whether the municipality receives the money to cover all the extra costs from bylaw people and police that will occur,” said Barrow.

In December, the projections for how much legal marijuana enforcement would cost taxpayers in York Region came to about $6 million per year.

Jodie Emery is an advocate for legal marijuana and a business owner whose Cannabis Culture dispensaries in Toronto were shut down by police last year. According to Emery, areas like Richmond Hill deciding to opt out will only result in them missing out on potential tax revenue, job creation and tourism as well as continuing to stigmatize cannabis and those who use it.

Richmond Hill residents will still be able to purchase marijuana through a government website, but Emery feels this model isn’t sufficient.

“The mail order only is not acceptable. People need access close to home and easy to get. It should be no different than coffee shops,” she said.

According to Scott Blodgett, spokesperson for the minister of finance, the province will be providing $40 million over two years to municipalities across Ontario to help with the costs associated with the legalization of cannabis.

“The private retail store model will be developed in consultation with the Association of Municipalities of Ontario (AMO), the City of Toronto and other key stakeholders,” he said.

Penalties for those who sell or allow their property to be used to sell illegal cannabis will be steep, with a maximum fine of $250,000 and/or up to two years in prison for individuals’ first convictions and a maximum fine of $1,000,000 for corporations caught committing the same violations.

“All dispensaries presently operating in Ontario are doing so illegally, and they should demonstrate a willingness to comply with the law and shut down now. Our upcoming consultations will help us determine what businesses will be permitted to operate in the legal retail market,” said Jessica Trepanier, press secretary for the Ministry of the Attorney General.