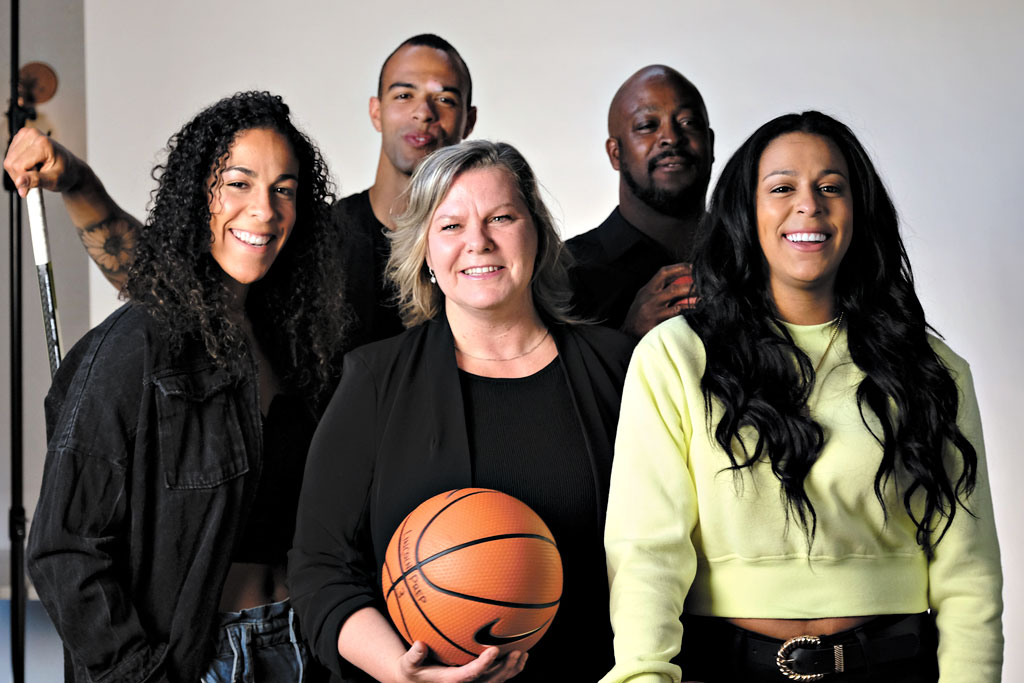 If you’re a sports fan in Canada, you’ve likely heard of the Nurse family. Richard Nurse is a former CFL player for the Hamilton Tiger-Cats, and his wife Cathy is a former varsity basketball player for McMaster University.

Athletics clearly runs in the family as their children have become stars in hockey and basketball, playing in the NHL and WNBA.

Now, Uninterrupted Canada is following the family to create a feature biopic on the Nurse family and their emergence as one of the country’s top sports families. The documentary, which has yet to be titled, will debut this fall on TSN.

Here we caught up with Cathy to find out the story of how the Nurse family came to be — starting with how she met Richard.

Richard and I met at an all-ages dance when I was 14 and he was 16. Another guy was talking to me, and a friend of mine asked him to help me out. He saved me by cutting in and acting like we knew each other already. We went out just once or twice back then. Later when I was 16 and he was 18, we met up again at another dance and we have been together ever since.

The proposal was pretty uneventful. We had been dating for almost 10 years at that time, so it wasn’t a surprise when it happened. It was Christmas morning, and we were opening gifts with my family when he kind of put me in a headlock — hisideaofahug—andgaveme the ring.

It wasn’t like it happens in the movies, but that’s not really our style anyhow.

We were married on April 8, 1994. It was a Friday night, and we had a church wedding and a cocktail party at a hall with family and friends. It was a great time, but we ran out of food and had to order pizza at midnight! We had our honeymoon in Las Vegas.

We have three kids. Tamika, 32, played Division 1 basketball for Oregon and Bowling Green State; Darnell, 25, is an Edmonton Oilers defenceman; and Kia, 24, plays in the WNBA for the New York Liberty. We are new grandparents to Jaxon as well.

Things used to be pretty hectic with marriage, our jobs and the kids when they were younger. After work, one of us was at the rink and the other was at the gym or the soccer field, so it was like we saw each other in passing for a few years. At that time, we made it a priority to have dinner together as a family whenever possible, and once in a blue moon we would get out for dinner on our own. Being empty nesters now and having flexible workouts, we eat dinner together almost every day and spend the weekends getting out to local restaurants, wineries and music venues.

We share a love of sports, music, travel and a good party!We enjoy spending time with family and friends whenever possible. Richard recently got us some bikes, so the plan is to explore the trails in our area.

We have very different personalities, but they complement each other. Neither of us is perfect — though Richard thinks he is — and we are OK with that. We have never been afraid to have tough and colourful conversations about anything, and we both appreciate how hard we have worked for each other and for our family over the years. After all this time, we still enjoy each other’s company, love a good laugh and share a great history, and we are excited about what comes next.