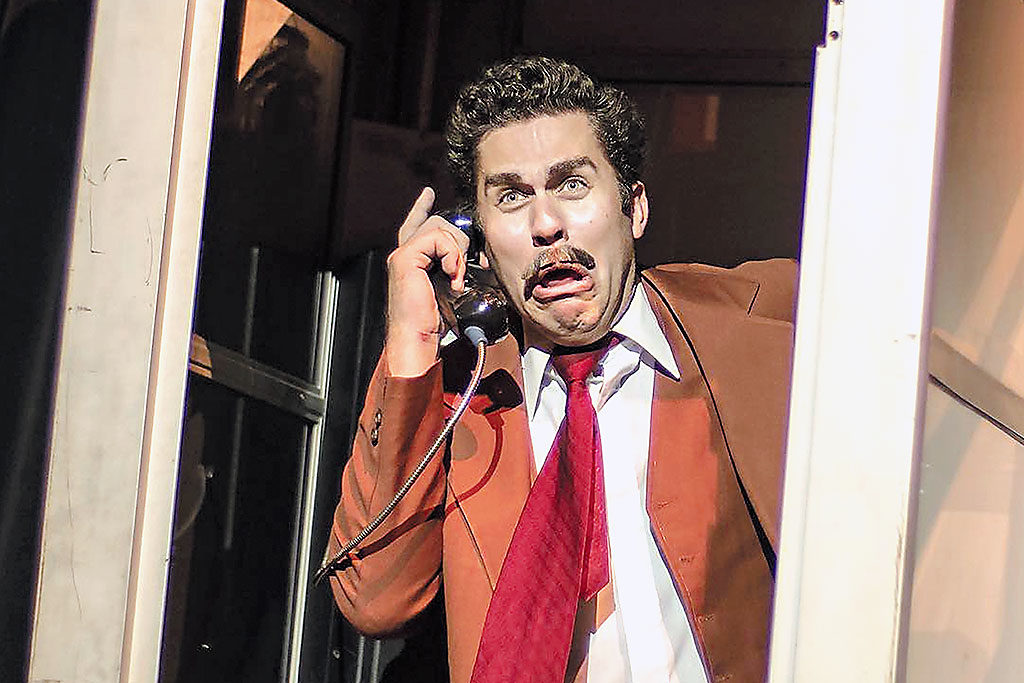 Film might be dead, but there are plenty of people around this great city trying to resurrect it. We’ve got live-action filmic role-play of your favourite classic films, an homage to the silver screen by Toronto burlesque dancers and drag queens, screenings of 16 mm classic gems in an old coach house and more –– there’s a real diversity of unique cinematic experiences to discover and, behind them, the personalities that deliver them.

The Secret Sessions
Fusing a traditional film screening with immersive theatre, the cast of theatre group Secret Sessions aims to bring classic films to life. You can sit in a replica of Rick’s Café watching sparks fly between Humphrey Bogart and Ingrid Bergman on screen while an actor playing Sam plays it again at the piano beside you, or sip bourbon-heavy cocktails while being chatted up by the Channel 4 news desk team from the film Anchorman.  Each event smashes the fourth wall and invites its audiences along for the journey. Coming up in May, the Secret Sessions gang exposes a new generation to the unforgettable lines of Inigo Montoya (“You killed my father,” yada yada) with their live performance and screening of The Princess Bride at the Redwood Theatre. Dress Code: Fairy tale and medieval, of course, and outlaws of all sizes are more than welcome.
The Princess Bride, May 24 to June 2, Redwood Theatre, 1300 Gerrard St. E.

Cinesphere
A beloved Toronto filmic institution since 1971, the Cinesphere reopened last fall after five years of Ontario Place renovations. It was the first permanent IMAX movie theatre in the world, is currently designated a building of cultural heritage value and is probably the only cinema in Canada that’s surrounded by a moat. In partnership with the Hot Docs Canadian International Documentary Film Festival, it will be hosting a screening of Stephen Low’s The Trolley, a 45-minute cinematic ode to the streetcars, trolleys and trams of the world, with a special shout-out to Toronto’s own historic fleet. And in case you’ve had enough of seeing Toronto in its 4K 3D surround-sound glory out in real life, the Cinesphere is also screening Jumanji and War of the Planet of the Apes this spring.
The Trolley, May 5, Cinesphere, 955 Lake Shore Blvd. W.

Royal Cinema
From the outside, the Royal is a stunning historic art deco picture palace but inside it is one of the epicentres of Toronto’s film community. People don’t go to the Royal to watch the new Marvel movie. They go to the Royal to unearth hidden film gems, guided by some of the city’s foremost culture experts. Included in the Royal’s regular programming is Indie88’s Band and a Movie, which pairs a Canadian band, such as Weaves, Hollerado, Hannah Georgas and Born Ruffians, with a free screening of the band’s favourite film. There’s also the Laser Blast Film Society, which screens delightfully weird and obscure genre films –– often for the first time –– co-hosted by TIFF Midnight Madness programmer Peter Kuplowsky and Screen Queens, which combines drinking games and cult hits, led by drag star Allysin Chaynes. Coming up, the Ladies of Burlesque put on a live burlesque performance and screen 1995’s Showgirls on 35 mm.
Showgirls, May 24, the Royal, 608 College St.

Housed in an old coach house behind Spadina Avenue between Richmond and Adelaide, this tucked away cinema/coffee bar/bike repair shop/occasional music venue is known for screening a remarkable range of film formats in their ultra-casual setting. Imagine metal chairs in a big garage with walls covered in bicycle art and film posters––that’s not so far off from what the space looks like. But it’s the breadth of their programming that makes wandering the alleys of downtown Toronto worth it. On top of fixing your old bikes, Cinecycle owner Martin Heath digs into his enormous personal collection of old film reels for monthly screening of films like the Marx Brothers’ Duck Soup and Ingmar Bergman’s Persona, in 16mm, 35mm, and even 9.5mm. They often play host to visiting and homegrown moving image artists, including an upcoming retrospective hosted by Chilean experimental media artist Francisca Duran.