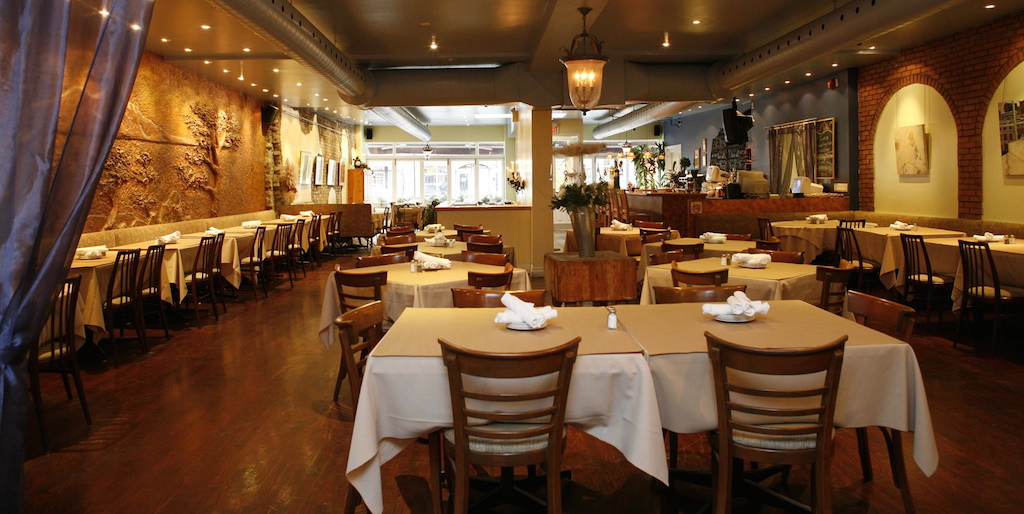 In 1957 the Pugliese family opened the Junction's finest Italian restaurant. The Pugliese brothers learned the art of making pizza in New York City, at a small bakery called Vesuvio. After moving to Toronto and deciding to open up their own shop, the Pugliese's wanted to dedicate their new restaurant to the generous man who taught them their craft, thus the name Vesuvio was born. With the interior decorated like a traditional Italian banquet hall, this restaurant was one of a kind when it opened. Since the 50's the novelty has worn off, but the food has remained superb. This old-school pizzeria still dishes out some of the fluffiest crusts and cheesiest pies in the West End. The resto is also known for their layered lasagna and some of the most tender meatballs in Toronto.